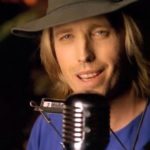 Potential Foreign Service Officers are evaluated on a wide variety of criteria.  I’ll write a more detailed post about the application process in the near future, but I am getting the opportunity to demonstrate one characteristic in particular, in spades.  There are 13 “dimensions” which are specifically evaluated during the oral assessment process for those applicant who are invited to Washington D.C., including composure, cultural adaptability, leadership, written and oral communication, and resourcefulness.  There is an unofficial 14th dimension as well: patience.  Waiting on the results at each stage of the application process to hear if you get to move on to the next stage.  Waiting out the unknown period while being evaluated for top secret clearance.  Waiting on the register to hopefully be offered a position.  I got to practice patience all through 2016 as my application slowly worked its way through the process.  We thought that our patience had borne fruit and come to an end when, on November 30 of last year, I was offered a spot in the class of new Foreign Service Officers (the 190th A-100), to commence on March 6, 2017.  In the Gordon house, we numbered our calendar, counting down the days excitedly.  I gave notice to my employers.  We started making plans for the cross-country move.

Unfortunately, my incipient classmates and I were given an additional opportunity to demonstrate patience in early January, when we were  told that HR suddenly needed further authorization from Management before they could complete the entry on duty process for us.  We patiently waited, first hoping to hear something before Inauguration Day, all painfully aware that the second item on President Elect Trump’s list of goals for his first 100 days was a hiring freeze.  We patiently waited after Inauguration Day to see if the freeze would be imposed, and if we would get caught up in it.  We (somewhat less patiently) waited to hear how the “national security” exemption in the January 23, 2017 Executive Order imposing the hiring freeze would be interpreted.  The first guidance from OPM, issued on January 25 indicated that the freeze would not apply to those who had received a firm offer for a job prior to January 22 (Yay!) and who had a start date prior to February 22 (Doh!).  Each day’s developments have been anxiously reviewed and analyzed in the Facebook Group we’ve set up to start getting to know each other.  We (fairly patiently) waited, as each official communication we received from HR indicated only that they didn’t have an official update, and that they too were waiting on further guidance from higher up the org-chart. Several of my colleagues-to-be already work for the Department of State in various civil service and non-career foreign service capacities, and the rest of us have been hanging on their every word as they share the water-cooler gossip they’ve heard on the subject.  We were hopeful as, on January 31, OPM issued a further guidance on the executive order indicating that department heads could exempt positions from the freeze as the head deems necessary to “meet national security (including foreign relations) responsibilities.”  We (moderately patiently) waited for the Senate to deliberate and confirm Secretary Tillerson, so that the State Department would have a head who could sign a memo exempting our positions, which deal with foreign relations and national security.  And still, on February 7, we wait, hoping that he will indeed do so.

Through it all, I am blessed.  I have a fantastic job now, and my employers are willing to keep me on for as long as I’m still here.  I have a wonderfully supportive family.  I am so proud of the 190th A-100 and the way we have pulled together and supported each other, and have demonstrated the resourcefulness and composure (among other dimensions) for which the Department of State selected us.  The rumors we are hearing seem promising, and I am hopeful that the exemption will be granted and that my new career will start on March 6, as originally scheduled.  In the meantime, Dy and I keep counting down the days, with a little less happy excitement and a little more anxiety than we did previously.  We are in limbo.  In the next 27 days will I be wrapping up a 10 year career as an attorney?  Will we be packing our 4 children, cat and dog, and all of our belongings and moving 2500 miles to Washington D.C.?  The fourteenth dimension really is the hardest part.