I’ve been planning to contribute to this blog for some time now, and this seems like as good a place as any to start.  When Dy came up with the title for this blog, it was with an eye toward becoming a blog about the adventures we were hoping to set off on as I applied for a job with the Foreign Service.  I’ve been putting some information about this process out on Facebook, but this is a more natural format to share long form thoughts.  Here are the answers to questions I have commonly gotten  as I’ve talked to people in person about this process. 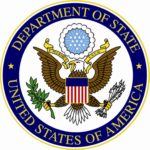 The Foreign Service is part of the Department of State, in short, it is our Diplomatic Corps.  Foreign Service Officers work at our embassies and consulates around the world.  They engage with foreign governments, they do outreach to foreign populations, they screen immigrant and non-immigrant visa applicants (1 of several agencies who already do “extreme vetting”), they advocate for US economic interests and fair play in the business arena, in short, they work to further US interests around the world, and they report back to Washington so that policy makers can make informed decisions.  From the Department of State recruitment page:”The mission of a U.S. diplomat in the Foreign Service is to promote peace, support prosperity, and protect American citizens while advancing the interests of the U.S. abroad.”

Will you have to move?

Initially I will report to Washington D.C. for training.  About 5 weeks into my training I’ll find out where my first post will be.  Entry level officers get to give input as to their preferred posts, and then get to go where the State Department needs them, for two year tours.  Almost all incoming FSOs get posted abroad.  Later in my career I’ll likely do at least one tour in D.C. as well.  My first tour is not likely to be in western Europe. 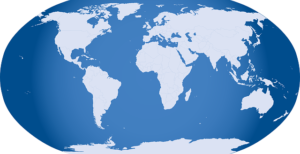 When did you decide to do this?

I first found out about the Foreign Service through an informational session put on by the State Department during college (I can’t remember if it was during my undergrad or at law school).  Even then it sounded like an amazing career, and something I was really interested in.  Ultimately, we decided that our family was too young at the time and I pursued a career as a practicing lawyer.  Last fall, Dy and I decided that we were at a good point in our lives to give it a shot.  We knew that the application process was long and highly competitive, so we agreed to work toward it for three years, and then re-evaluate.

Speaking of the application process, how do you apply for that job, do you have to be a lawyer first?

The eligibility requirements to apply for a position as a FSO are: (1) be a U.S. Citizen; (2) be at least 20 years old and not yet 59 years old on the day you submit your application, and at least 21 years old and not yet 60 years old on the day you are ultimately sworn in; and (3) be available for worldwide assignment.  I will have to be somewhat vague about parts of the process, as I had to agree to multiple NDAs along the way.  Step one is filling out an online application with resume information and a statement of interest, and signing up for the written test.  The written test includes 3 multiple choice sections and an essay.  The multiple choice sections are: job knowledge (includes geography, government, history, business, economics, etc), English grammar/usage, and biographical.  Each section is timed, and I really had to work to get my answers done in time.  In fact, I didn’t fully complete my essay, and I was sure I bombed it.  You are allowed to take the test once a year.  Those who pass both the multiple choice and essay portions of the written test are invited to submit short essays to the Qualifications Evaluation Panel (QEP).  You are required to write very short essays about experiences in your life which demonstrate various skills deemed important by the Department of State, and provide the name and contact information for someone who can verify each essay.  Those who are approved by the QEP are invited to participate in the Foreign Service Oral Assessment.  The OA  consists of three sections: (1) a group exercise in which each group member advocates for an (assigned) fictional project in a US embassy in a fictional country, but the group isn’t allocated enough of a budget to do all projects, and the group has to come to a consensus; (2) a writing portion in which the applicant is given a binder of about 40 pages of information about a hypothetical situation in an embassy in a fictional country and in 90 min must digest the information and write a memo of no more than 2 pages making action recommendations; (3) a (roughly 1 hour) structured interview with 2 assessors about the applicant’s motivation to join the Foreign Service, how the applicant would handle hypothetical situations, and about previous experiences the applicant has had which showcase various characteristics the Department is looking for in a FSO.  Those who pass the OA must undergo medical screening and security screening, and must receive a Top Secret clearance, and a “final suitability review” of the entire application.  Those who are approved at this step are placed on the hiring register, a list of candidates who have made it through the process to this point, ranked based on the scores they achieved at the OA (plus applicable foreign language bonus points or veteran bonus points).  A candidate may be on the register for up to 18 months.  As the Department needs new FSOs, they extend offers to the highest ranked candidates on the register.  If a candidate does not receive an offer within their 18 months on the register, their candidacy expires and they must start over from the beginning. 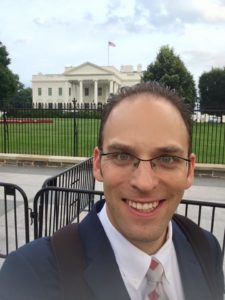 So happy to have just passed the OA just a few blocks from here.

The process is grueling.  The time pressure on the written test is intense.  I ran out of time on the essay and thought I had bombed it.  I was very pleasantly surprised to pass through to the QEP.  The OA was one of the most stressful days of my life (bar exam included).  I can’t even express the depth of the happiness and relief I felt when the assessors told me I had passed.  I’ll write another post about how I prepared for the various stages of the process, but while I was going through it I really enjoyed reading Foreign Service Blogs to glean whatever information I could about the somewhat opaque process.  I always liked seeing a timeline of other people’s candidacies, so here is mine.

So excited to have one of these!

Do you already speak another language/will you have to learn one/what will you be doing/will you be practicing law?

I took 3 years of Spanish in high school, 3 years of French during my undergrad (Minored in French), and 2 semesters of Spanish in law school.  While I used to be fairly fluent in French, and I can carry on a limited conversation with familiar vocabulary in Spanish, I’d need further training to serve in either of those languages.  I will be required to learn a language to a certain level of proficiency (generally level 3 for most languages or level 2 for hard languages, see here for an example of English Language Learners demonstrating the various levels) for either my first or second post, and I will be on language probation until I have done so.  This is one of the things I am very excited about in this career.   I won’t be acting as an attorney.  All Foreign Service Officers are considered generalists, and are expected to fulfill whatever duties are needed.  We also select a “cone” or primary focus as well.  I selected the Consular cone, and my primary duties are likely to be adjudicating applications for visas, both immigrant and non-immigrant, and assisting American Citizens who need help overseas, whether that be helping mugging victims, assisting with natural disaster recovery, assisting with foreign adoptions, etc.

Will your family go with you?

Yep, almost anywhere.  They will come with me to D.C., and will also get to come with me to post unless I get sent to one of a short list of “unaccompanied posts” which have been deemed too dangerous.  We’re hoping that my first post won’t be unaccompanied, but it is likely that at some point in a 20+ year Foreign Service career I may have to serve one.

I think this has gotten more than long enough.  Please post other questions I haven’t answered, and I’ll be glad to do so.