Evidently my family members need to own shirts with the American flag on them and it is shocking that we don’t. I had no idea this would be a requirement to this lifestyle. We never even owned holiday themed shirts when we lived in the United State. Back in the days when I still had to do my own laundry, sorry guys :), I kept my kids on a pretty strict 7 outfit rule. Yes each child only had 7 outfits. 7 outfits was plenty of clothing. It meant I do could all of our family laundry in just a handful of loads every week. The kids only owned clothes they really loved so I never had to argue with them in the morning or find outfits they took off half through the day and tossed in the hamper. I would rotate out the clothes twice a year. In Utah we only had two seasons, warm and cold. Most of the clothes were rags by the end so hand me downs were few and far between but I didn’t care. This greatly simplified my life and holiday themed clothing isn’t simple. So back to the point of this post the kids are expected to dress in clothing that represents their country on International Day. I guess International Day is a common event at most American International Schools around the world because contrary to what you might expect based on the name most of the people who attend these schools are not American. American school implies the style of teaching, american/Canadian teachers usually and use of the English language. Unfortunately America also doesn’t really have a national dress since we are really a melting pot of so many cultures and we essentially tried to completely eradicate the Native Americans and continue to take their land to this day, Ahem,,,Utah Bears Ears. It would feel culturally insensitive to dress up as a Native American. So American flag clothing it is! Well not us my kids went out the door in white t-shirts, blue jeans and either baseball or cowboy hats. It is what we could come up with.

Entering the gym there were taped off sections all over the gym floor that were labeled for various countries. The school had flags hung all around in support. 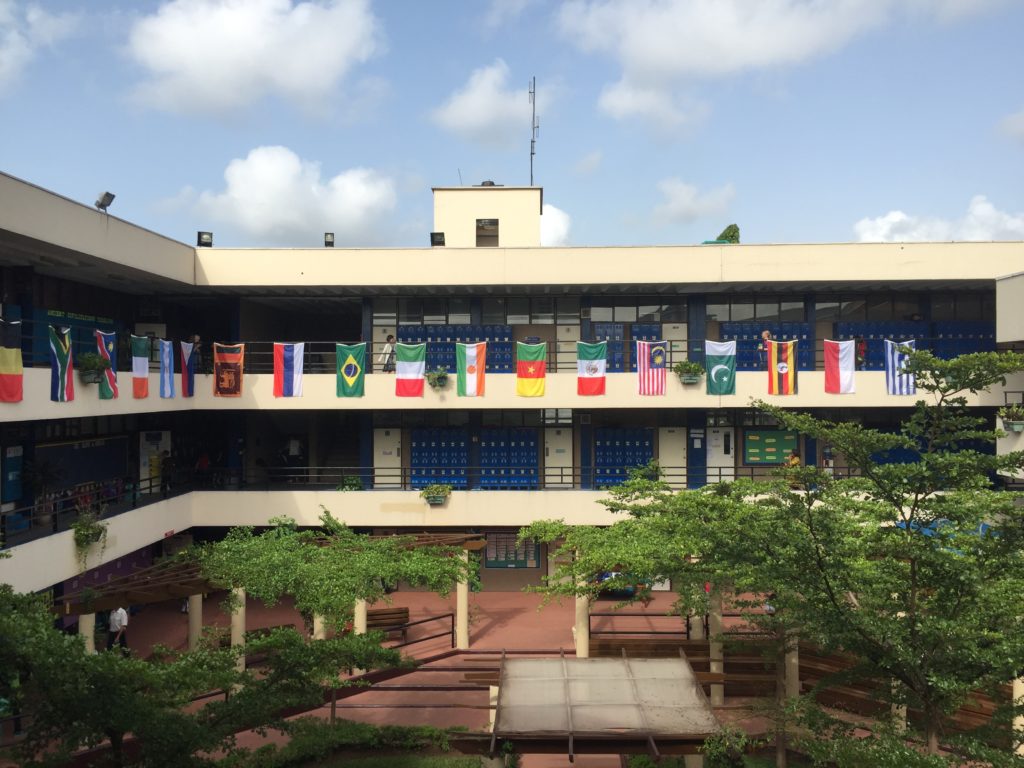 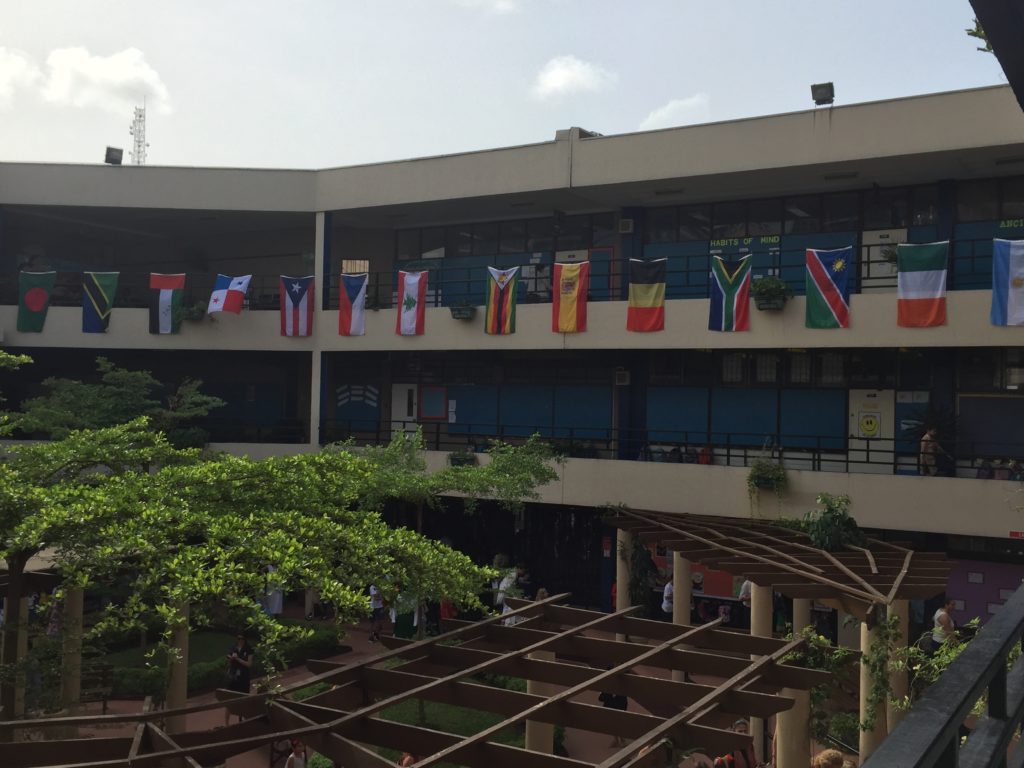 The American International School of Lagos had students attending from 59 different countries. YES 59!

The kids all sang the Nigerian National Anthem then the band played a song and a few selected children were asked to read essays about their countries. Then in alphabetical order they showed a large flag on the screen and they played the national anthem as the children and teachers from that country walked across the stage in their native dress or flag colors. It was pretty amazing. Some countries were well represented like Nigeria, India, the United States and Lebanon, with my estimate at probably 60%of the school of these nationalities. Other countries only had one or two children proudly or reluctantly walking across the stage. It was lovely to see the different costumes. Mostly it just touched my heart to recognize so many of the children as friends and class mates of my own kids. Probably the number one reason Ben decided to apply for this job was an overwhelming desire we had for our children to explore the world and get a better understanding of different cultures. Seriously I was unabashedly crying. 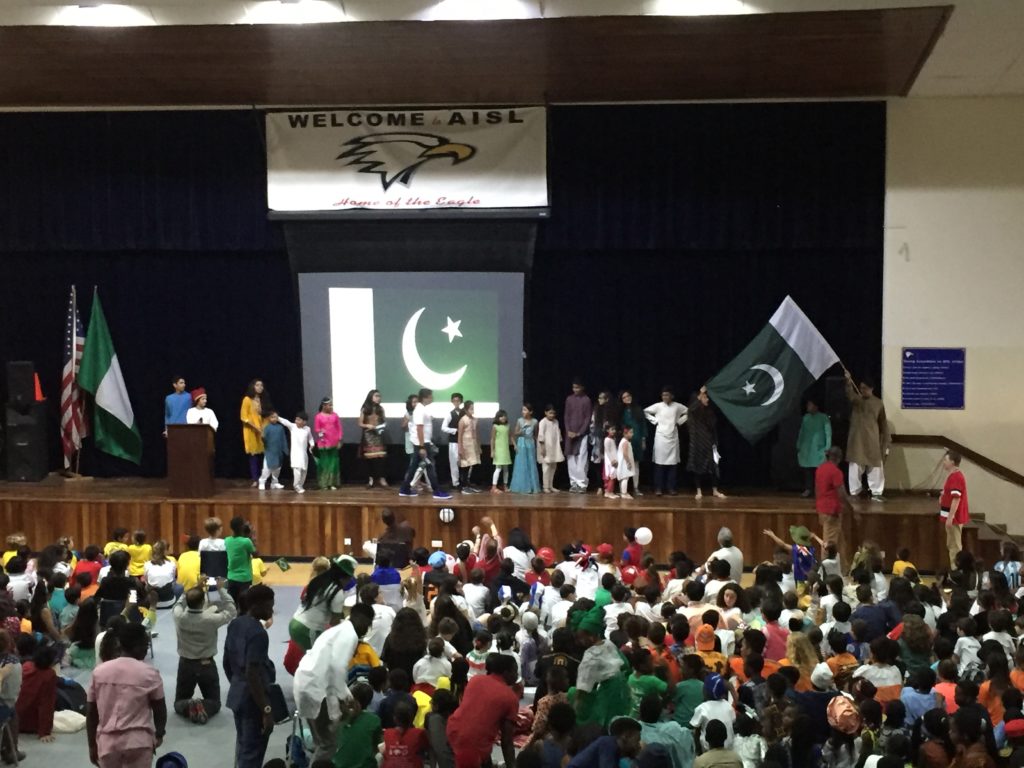 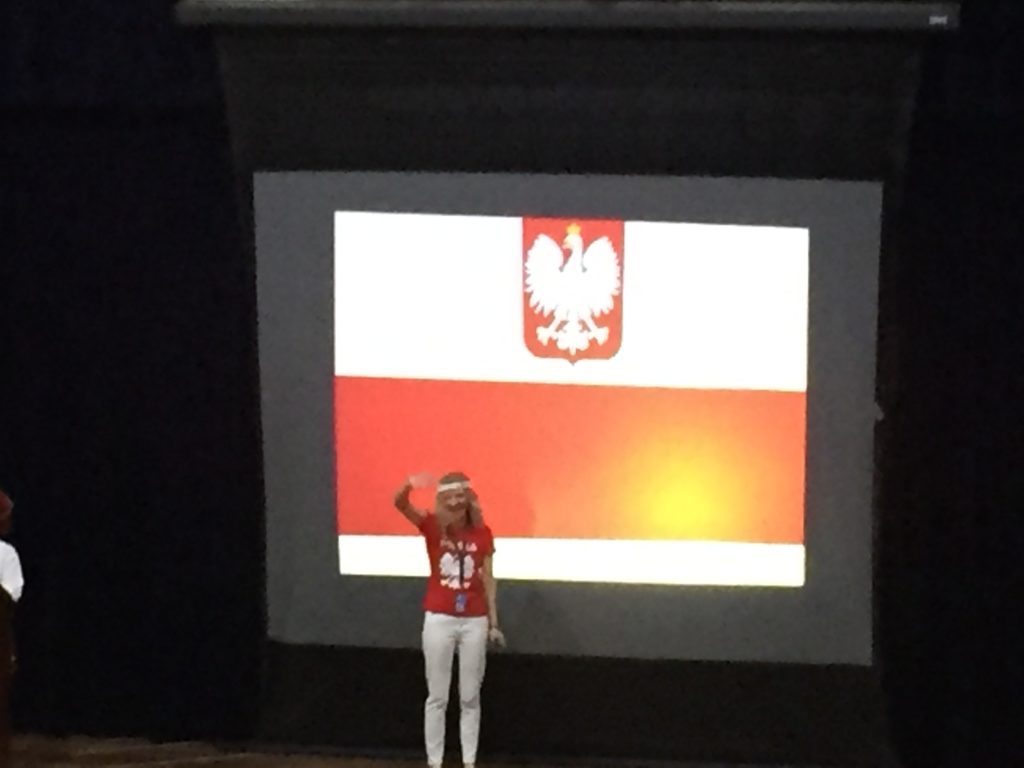 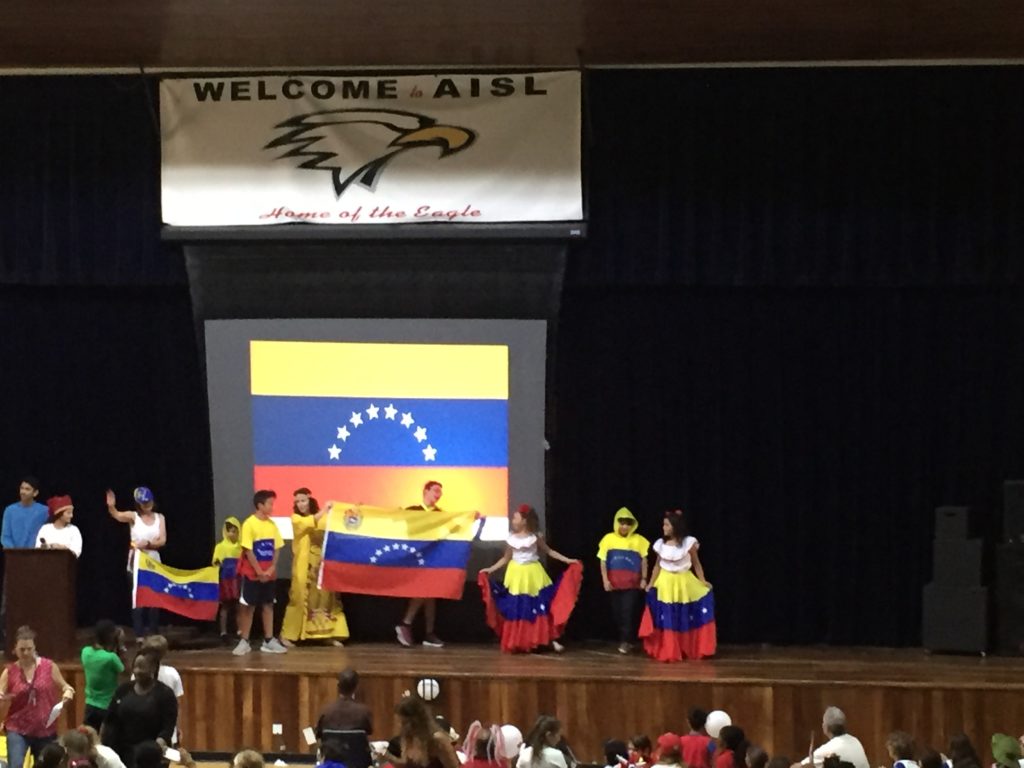 After the assembly the students were released to the courtyard where parents had set up tables and booths filled with food from countries all over the world. The children got to go around and eat and experiment with new tastes to their hearts content. It was pretty awesome and delicious. 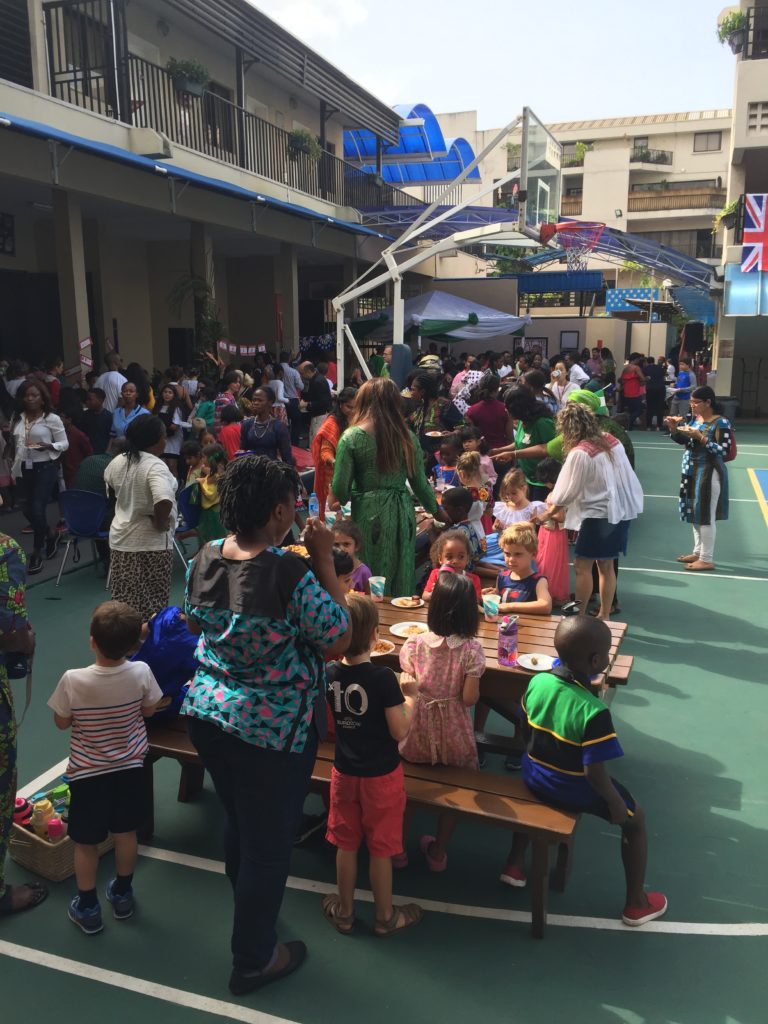 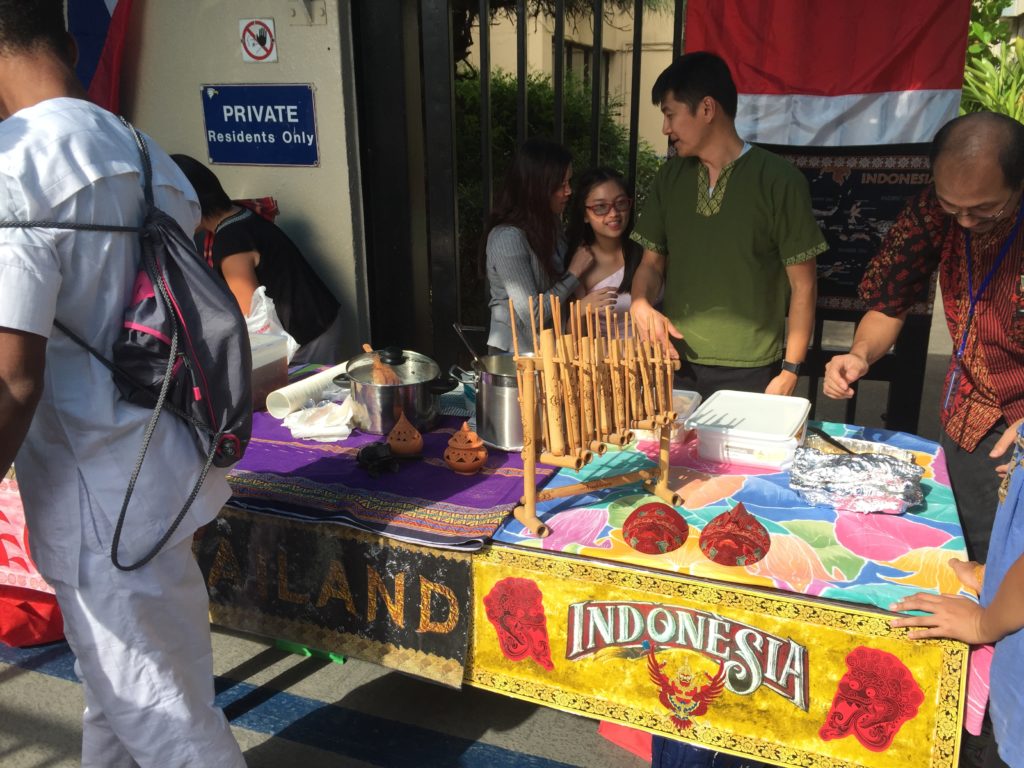 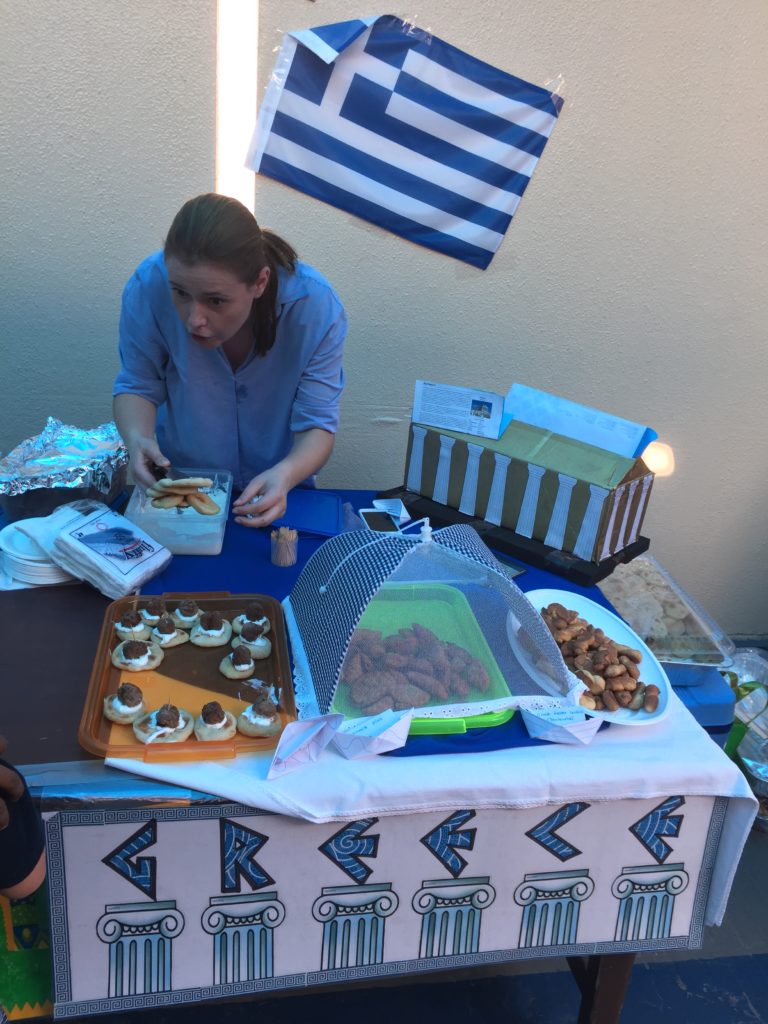 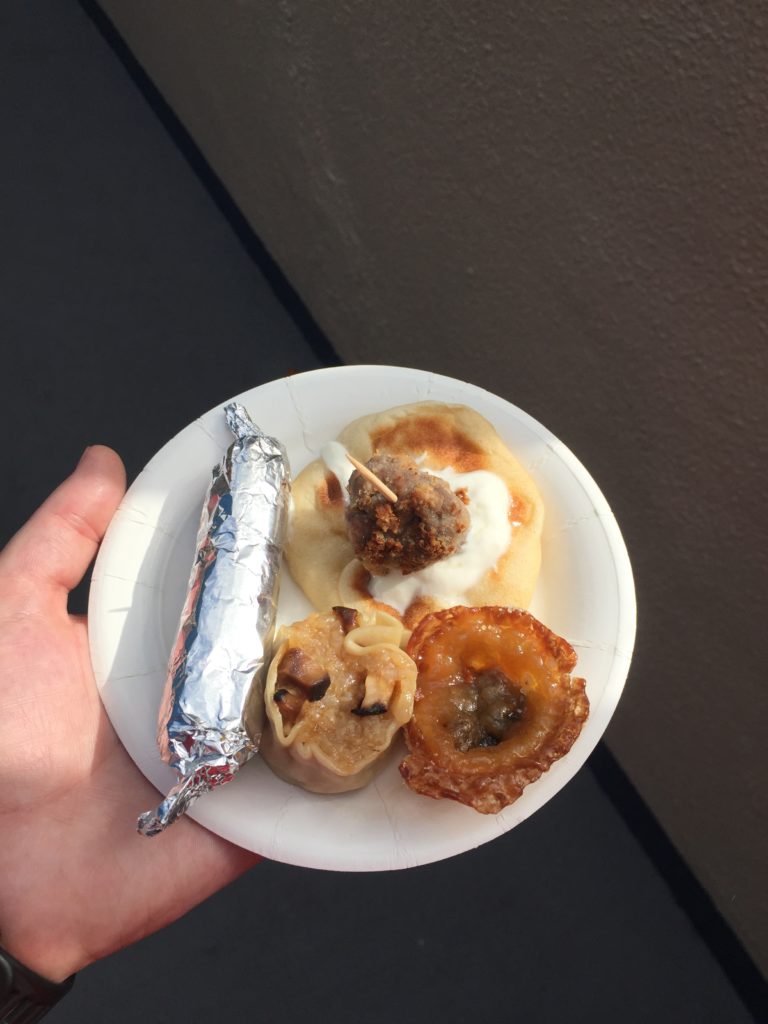 Greek, Indonesian, Chinese and Canadian food on my plate.

After the stellar food I went to go help and watch a presentation in Oliver’s class put on by three of his classmates and an acquaintance of mine from India. They did a great job and shared Indian food, famous Indian people, dances, flowers, animals, religions, etc. They ended their presentation with a group meditation as yoga is from India. 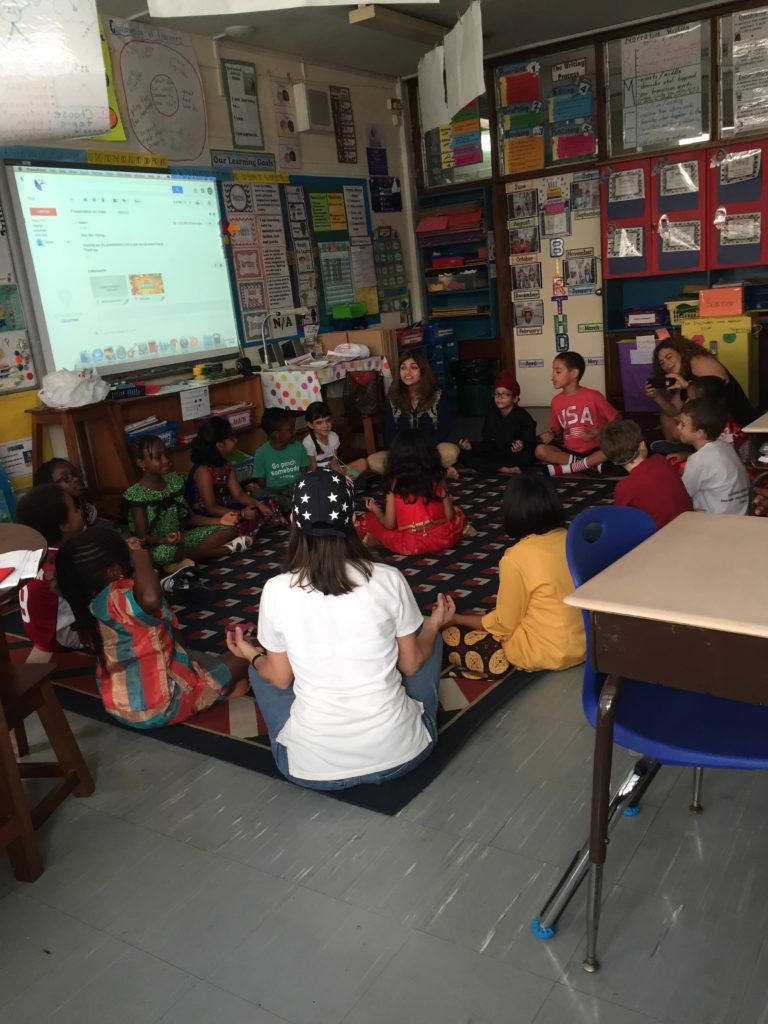 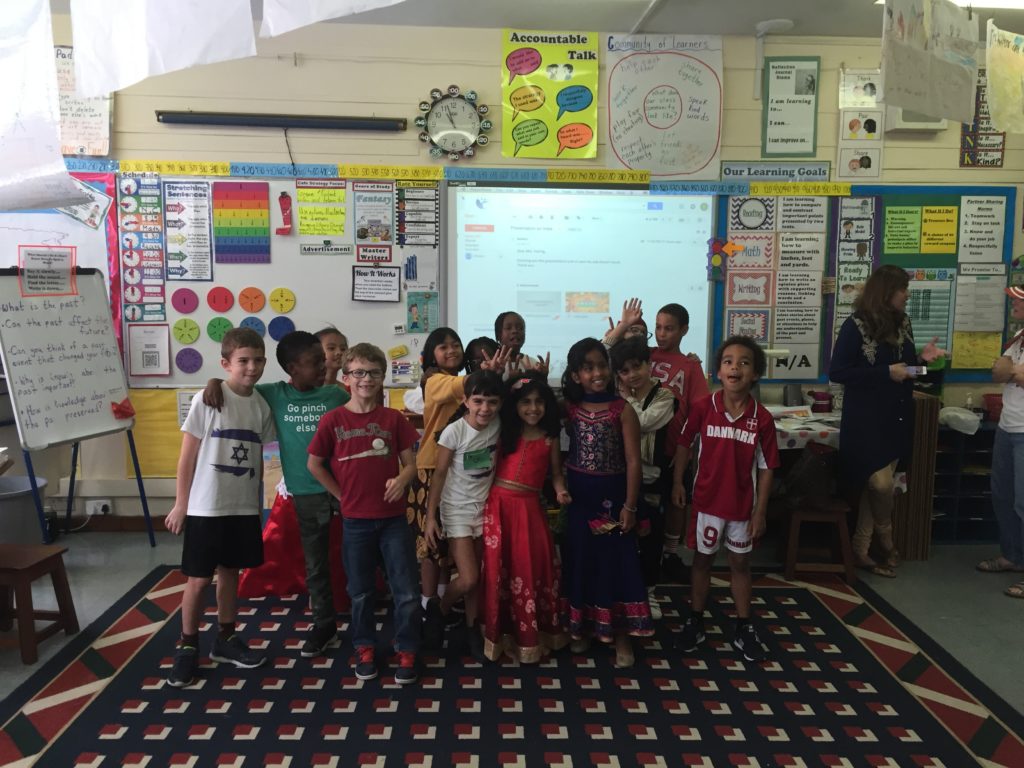 It was a great day that I got to spend with my kids and I am reminded through all the hard that we are really happy and thankful to be here. 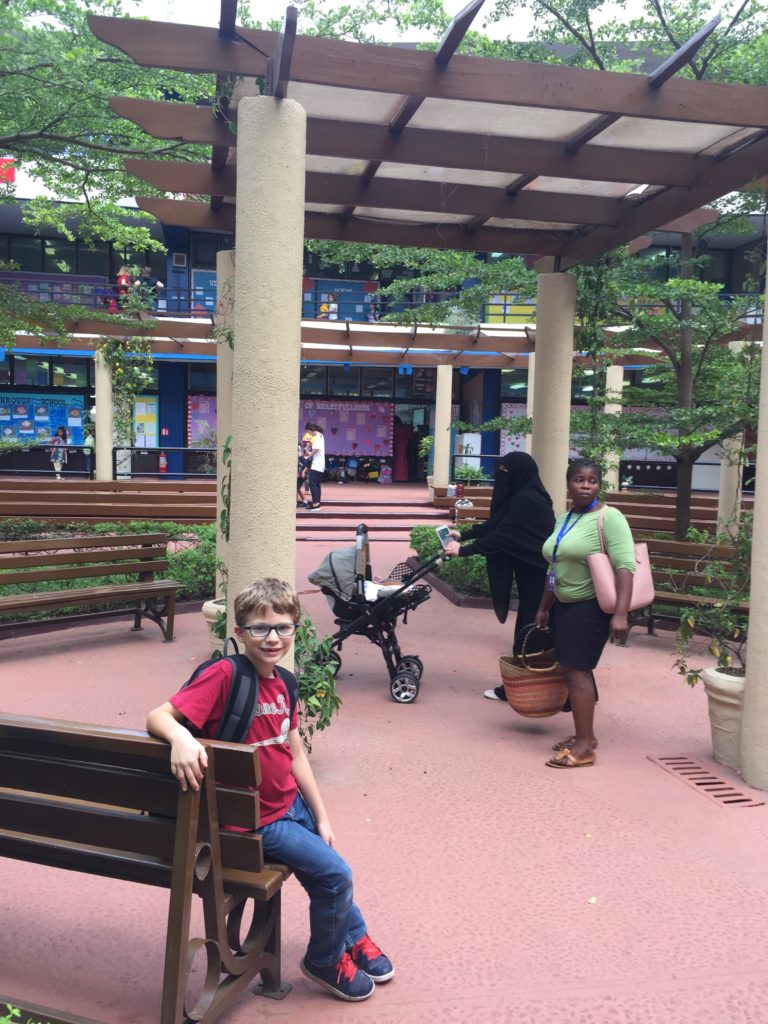 I do have other children I promise, the youngest just insists on the most pictures.