I did my first interview in another language this week!  I’ve interviewed many Yoruba or Igbo speakers with the assistance of translators, and I’ve gotten to the point I can do simple interviews almost entirely in pidgin english, but yesterday a family walked up to my window and asked for Yoruba or French translation.  Rather than immediately taking the time to walk over to the other end of the section and bring a Yoruba translator, I figured I would dust off my college french and give it a try first. Apparently I remember JUST enough to do a simple non-immigrant visa interview.  I didn’t catch every word, but I made myself understood, and when I didn’t understand something they said I was able to rephrase and ask them to rephrase and get what they were saying.

But back to the more important topic: Halloween.

This year the Consulate Halloween party was hosted at our apartment complex.  The kids from the Consulate families, the kids of the teachers at the American International School, and the kids of the consulate community domestic employees went trick or treating, then got to go through a haunted house which got built in one of the carports under one of the buildings.  I somehow volunteered to participate in haunting the house, as a beast in a dog crate.  I was just dressed as myself, but we played it up and got some pretty good scares.  We had candy sprinkled on the ground in front of the crate, and I rattled the door and growled, and we had a “beast tamer” who was encouaging kids to be brave and pick up the candy.  Then I would burst out of the door, which wasn’t actually latched, and we got some good screams.  There was also a room full of marines in bio-warfare suits, the med unit set up a room with gruesome body parts and surgery going on, and there were a few other rooms, and of course, a chainsaw wielding maniac at the exit.  Then we had a potluck, and all in all it was a fantastic halloween.

Here are this year’s costumes: 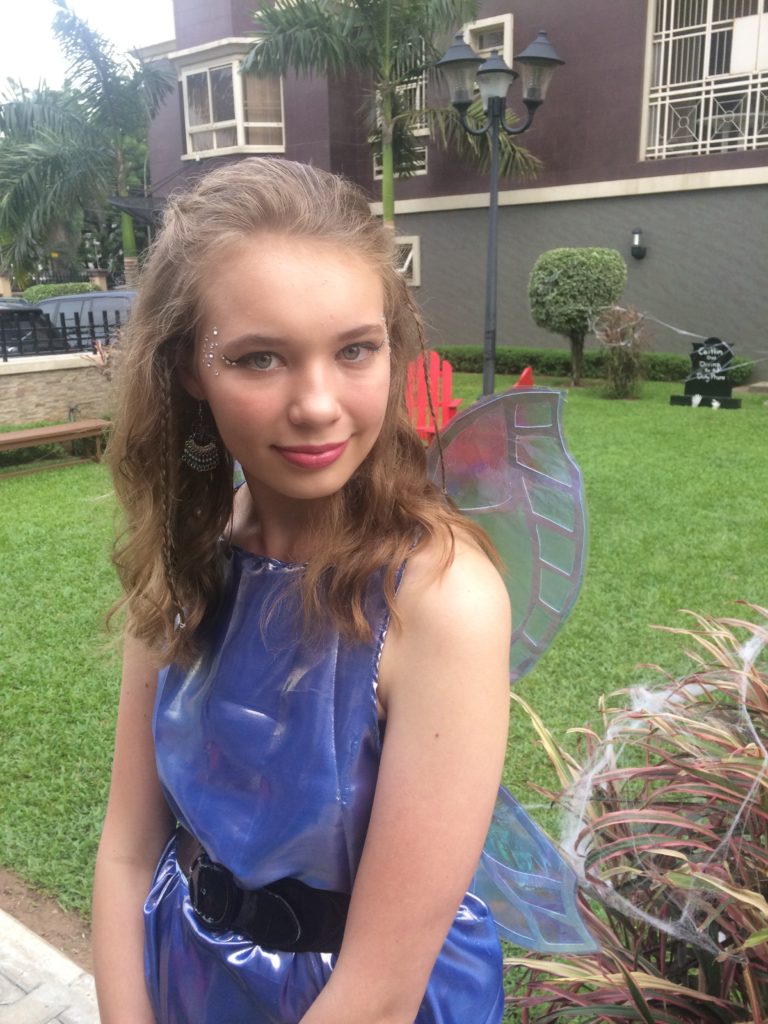 Dannica the Fairy – all hand made by her, fabric purchased in Balagun market, cellophane brought from DC, makeup by her too! 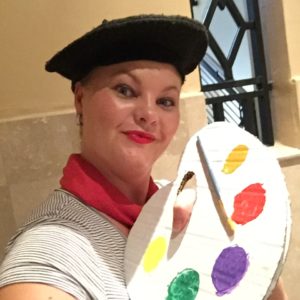 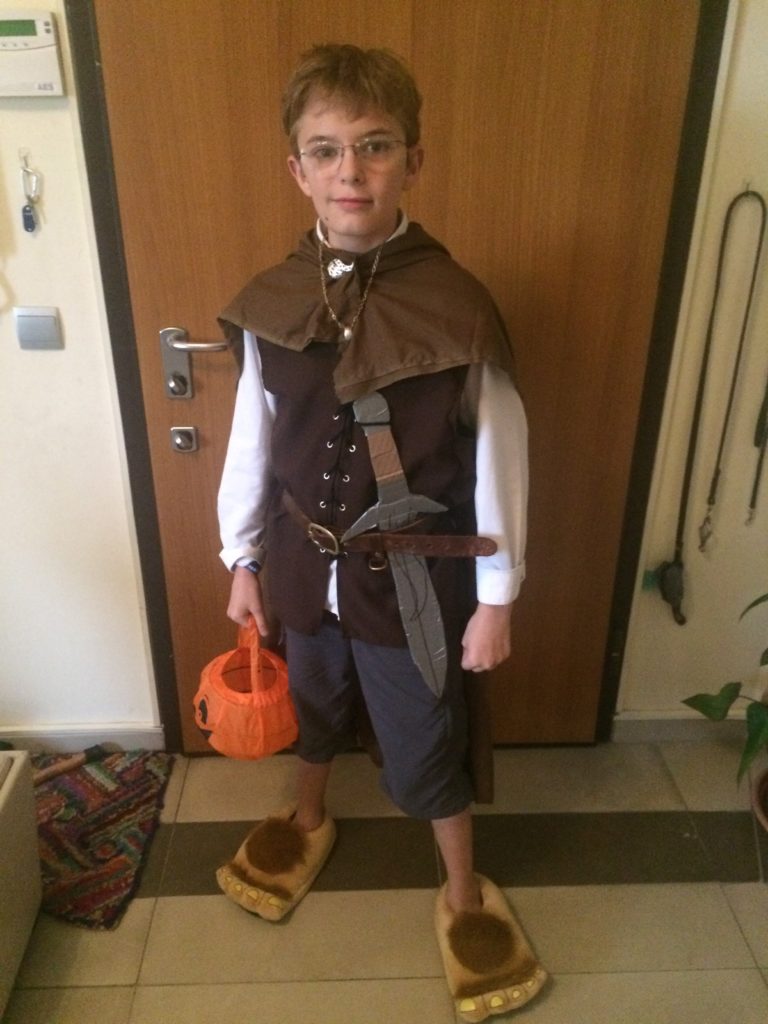 Check out those awesome Hobbit feet! (and there’s room for second breakfast in the pumpkin) 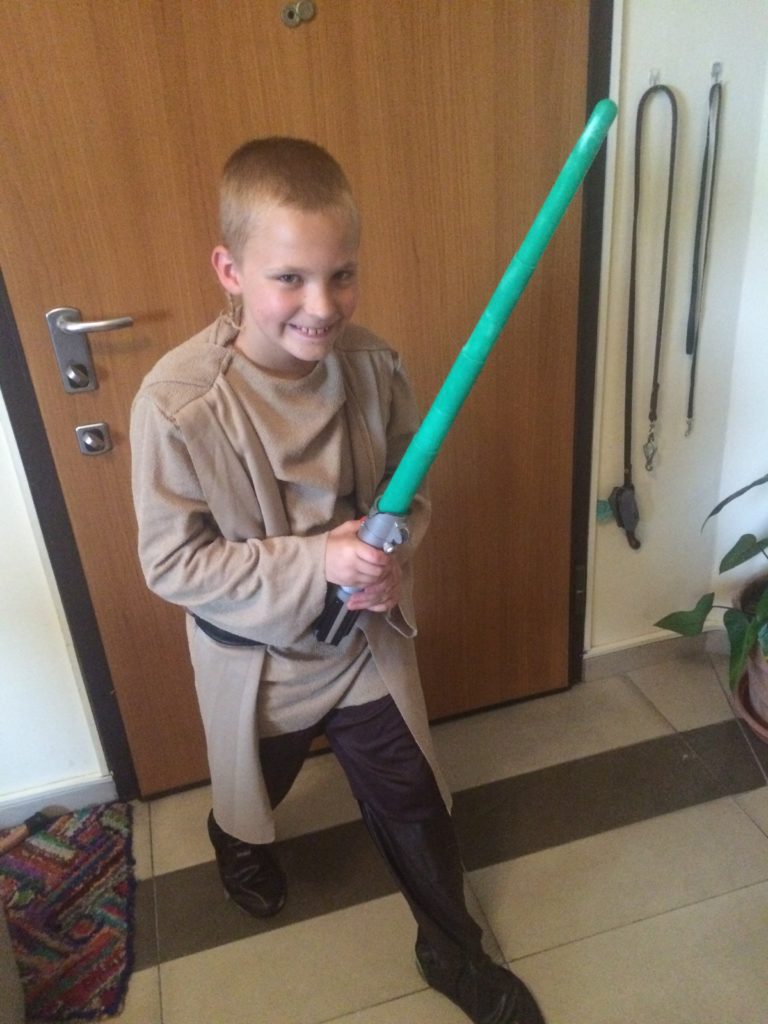 He is a Jedi, like his father before him…  He’s been growing his paduwan braid for about 2 years now. 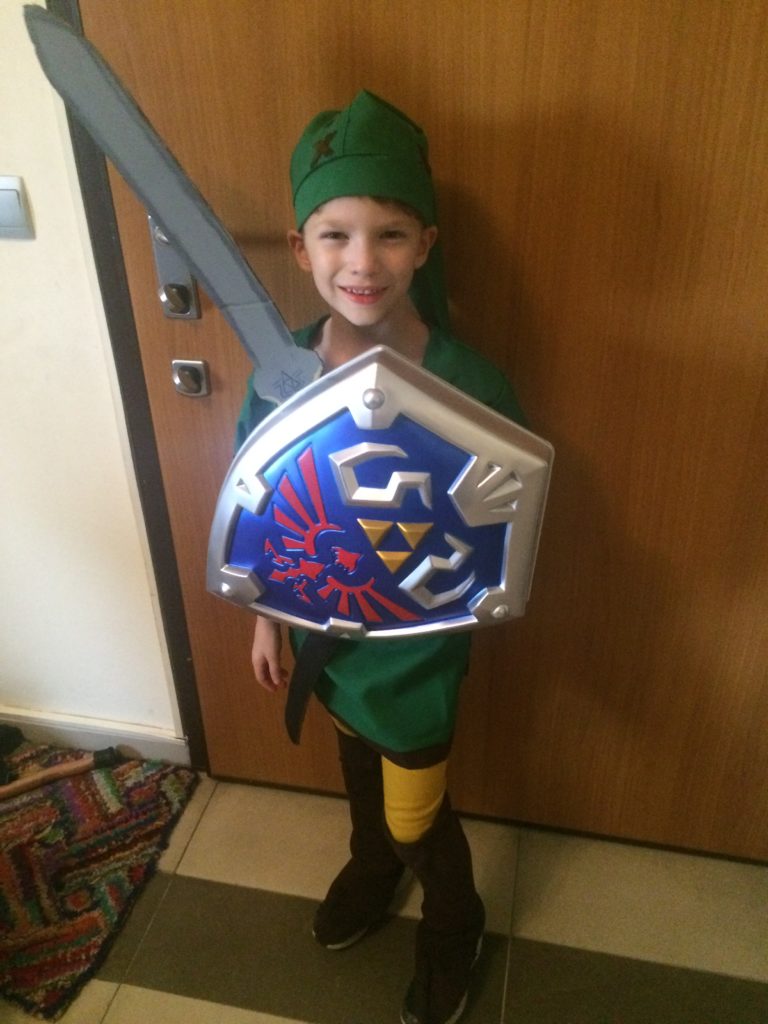 We had ordered him a Zelda sword as well from Amazon. Sadly, that was our first victim of being refused by the Diplomatic Pouch, as it appeared to be a weapon. Fortunately, the kids made a very nice prop out of leftover HHE boxes and paint. 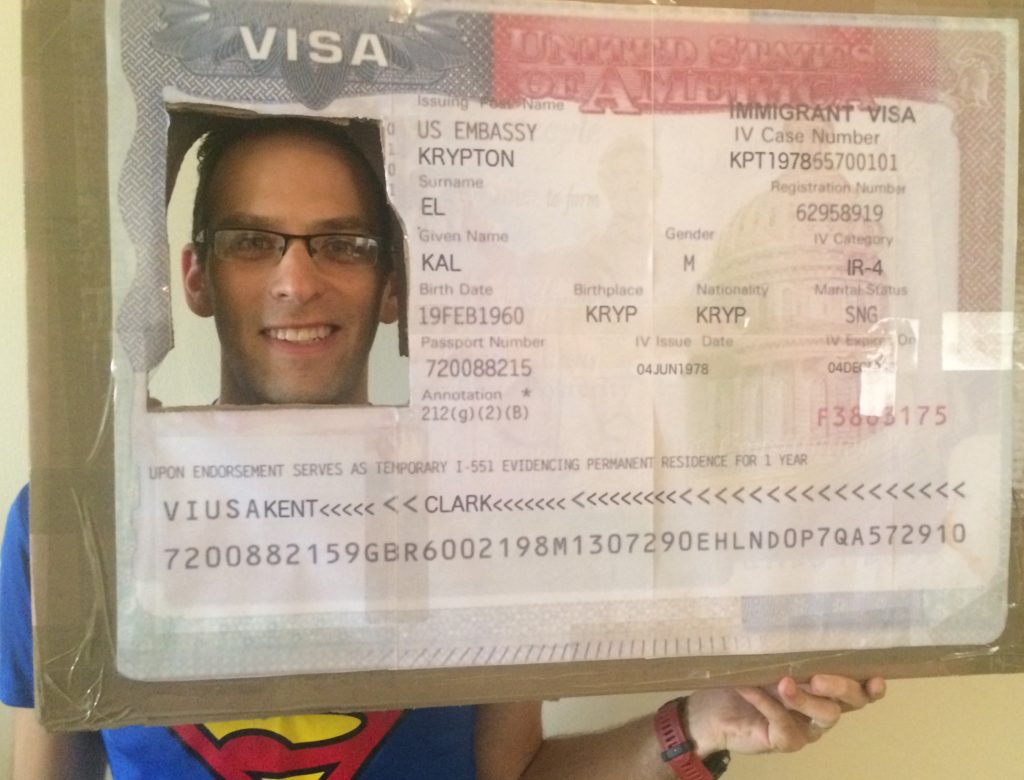 Fortunately, the party was well attended by consular officers, so my photoshopped joke was well accepted.