An email came out from our CLO (Community Liaison Office) on Thursday while we were on “the line” adjudicating visas, stating that the Consulate had secured some tickets to the Nigerian premier of the newest offering from the Marvel Comic Universe, Black Panther.  I foolishly didn’t may much attention, thinking I would have a chance to reply to the email in the afternoon.  An hour or so later, a second email came out indicating that the first come first served tickets were all spoken for.  Fortunately, a few of my colleagues who saw it that day were intrested in seeing it again, so we planned to go in a group to a showing this afternoon.  We arrived at the local IMAX theater, which we’ve never had trouble getting into before, even during the Star Wars and Justice League showings.  We underestimated the appeal that Black Panther has in Nigeria.  There were LONG lines for tickets and for entry into the theater, to the point that we gave up after waiting a while.  We were able to find another showing at another theater (not IMAX), and headed that way.  What a show!  I think this may be my favorite of the recent group of Marvel comic book movies.

It was particularly cool to see it at a theater in Nigeria.  This second theater ended up full to the brim as well, though since we had come from another theater after having planned an earlier showing, we got there early and had our choice of seats.  Including part of our group, I think there were a total of 4 oyibos in the theater.  It was fascinating to me to see and hear the Nigerian crowd react to beats in the movie, many of which I could understand intellectually, but didn’t have the same emotional response to.  It just goes to show that context is everything.   I suspect that many people in the US had no idea of the significance of Sambisa Forest, where a scene early in the movie takes place. There was a big reaction in the theater when that name flashed on the screen, because that is a stronghold for Boko Haram, about 1500 miles from Lagos, in northeast Nigeria, and it is believed to be where the Chibok girls were taken. That said, I loved the movie.  It was exciting, emotionally compelling, and had a good message, which I agree with.  I think the speech from the first of two scenes after the credits sums it up very well:

Image inserted here to create some room for those who don’t want to read this line from the movie yet to avoid spoilers, though this line doesn’t give away any huge plot points. 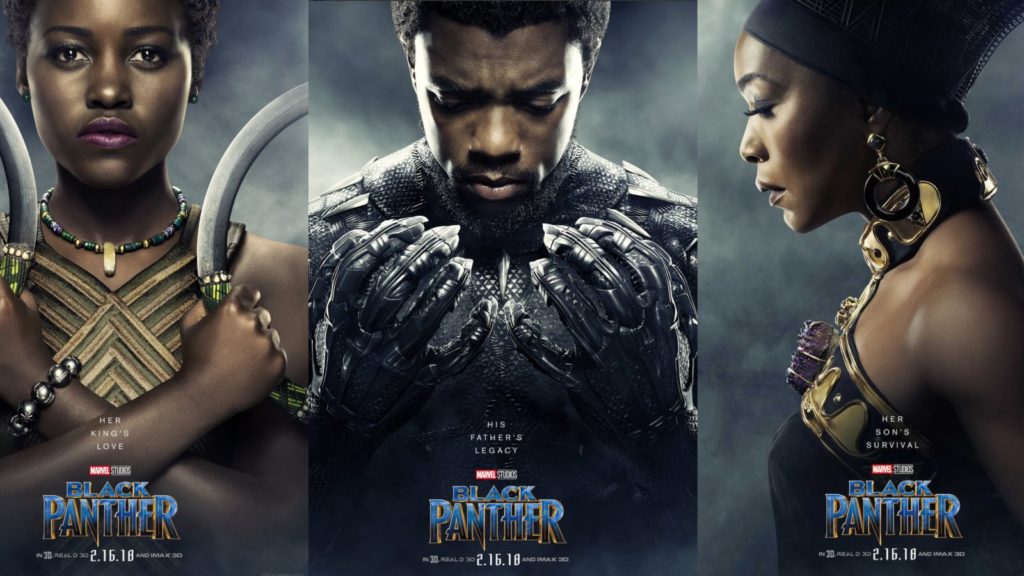 King T’Challa, the Black Panther, declares to the gathered UN, “Wakanda will no longer watch from the shadows. We cannot. We must not. We will work to be an example of how we as brothers and sisters on this earth should treat each other. Now, more than ever, the illusions of division threaten our very existence. We all know the truth: more connects us than separates us. But in times of crisis the wise build bridges, while the foolish build barriers. We must find a way to look after one another as if we were one single tribe.”