We had been told by our Career Development Officer (the office that makes assignments for first and second tour Foreign Service Officers) that we would probably receive our assignments by email at about 3:00pm Washington time (8:00 pm our time) on Monday the 14th.  In anticipation of this, the 6 of us in Lagos who are bidding on the 2019 summer rotation cycle made arrangements to get together at that time to offer each other congratulations or condolences.  We also invited spouses and the remainder of the Lagos FAST (first and second tour) officers.  All of us were on edge in the days leading up to the announcement, hoping that we would end up somewhere high on each of our respective lists.

We planned to meet up near the pool at our apartment at 7:30 that evening, let the kids enjoy a (first time) after dark swim, and hang out.  We brought down our globe and a world map, and some snacks.  In the first sign of how on-edge all of us were, the other bidders all showed up about 7:15.  At first everyone was quite talkative.  We played with the globe, talked about work, enjoyed chips and salsa, etc.  We wanted to have this be kind of a “flag day” like we went through during A-100.  Of course, since the notifications were going to come to our individual emails, it would have to work a little differently.  Some of us pre-downloaded all of the flags of the countries we had bid on.  I was too paranoid to do that, and figured I’d use the kids’ markers and a piece of paper to quickly sketch the flag of my assigned country.  Dy had a great idea and passed out index cards to each of us, and suggested that we all write the country we most wanted to be assigned on half the front, the country we thought we would actually be assigned on the other half, and then on the back we could write the actual assignment.

As 7:40 or so rolled around, our talkativeness and levels of movement reduced.  At first we were walking around, watching the kids swim, generally active, and as 8:00 drew closer, we all ended up sitting on the pool furniture, compulsively refreshing the email on our work phones.

“Assignment Notification – Second Tour Summer 2019!  No bullshit!”  shouted one colleague, and started pulling up a flag on his phone.  He turned it around and showed us 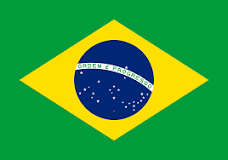 “Taipei!”  Shouted another colleague.  I’m not sure which flag the Department of State gives to officers assigned to the American Institute in Taiwan during A-100 flag days, given the One-China Policy, but I’m assuming it may be the same flag which was given to my A-100 colleagues who were assigned to Jerusalem: 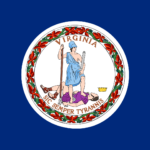 A third started jumping around happily and frantically drawing the flag of Japan on the back of her index card.

I hit refresh on my phone again, and there it was: Assignment Notification – Second Tour Summer 2019

I opened the email and my jaw dropped.

Two of our colleagues who weren’t getting assignments but were there for moral support asked, “you got _____, didn’t you!?!”  With a huge smile, I just said, “YEP!”

Every time someone opened an email, there was generally a scream and loud congratulations and clapping by all.  So much so, that Dy started getting texts from other people living at our apartments saying “Hope its good news!”

So where are we going?  For those who didn’t see our game of 20 questions about an hour later on facebook, here is a transcript [n.b. as I was preparing the transcript I realized that I missed a ton of your questions on the night of.  Chalk it up to excitement, sorry!]:

Ben: Where will we be going next? 20 Questions. Rules: Yes/No questions only. If you know, please don’t spoil it. Lets see how quickly our friends and family can guess. If necessary we’ll give hints.

(we killed a little time to allow for people to join the Facebook Live, and for me to work out technical difficulties, and to say hello to people we haven’t talked to in a while or for them to wish Dy happy Mothers’ Day, but the answers to questions started at about the 3:00 point)

Ben: First prize is an all expenses stay at our house in this location, so long as you fly yourself there to visit us.

Dannica: There’s also a prize for second and third place.

Question: Is it in the northern hemisphere?

Question: Is it in South America?

Answer: It is in the northern Hemisphere.

Question: Does it require language training?

Answer: It is not in South America. That’s kind of a given I guess, if it’s in the northern hemisphere.  Well, mostly.

Multiple guests: Is it in Europe?

Answer: Yes, it is in Europe.

Quesiton: Is it a warm climate?

Question: Is it in the UK?

Answer: Yes, it is a warm/temperate climate.

Answer: It is not in the UK

Question: Is it Israel?

Answer: It is not Israel.

Dannica: Not a yes or no question.

Answer: It does require language training, it is not Paris.

Question: Is it Italy?

Question: It is Spanish.

Question: Is it Spain?

Question: Is it Lichtenstein?

Question: it is not Lichtenstein.

Question: Is it Eastern Europe?

Answer: It is in Spain

Ben: Barthelona, you got it!

[and there was much rejoicing, both in the video, and in the comments section]

Not too bad!  2 minutes of questions to narrow it from 270 posts around the world to the 1 we’re going to.  Apologies to Kara who guessed Spain multiple times and we somehow glossed right over it, and to Scott who guessed Barcelona about 30 seconds before I finally acknowledged it.  Barcelona was #1 on the list we submitted, and we really wanted to get posted there.  My CDO had told me in a conversation about the time the list was submitted that it looked like someone with more equity (at a higher hardship post) had ranked it number 1 also, so it wasn’t likely we would get it.  I’m glad that officer seems to have changed their mind.  Most of the posts we put on our list were sure to be very popular, so we felt it was very likely that we would get assigned to our number 6 choice, San Salvador.  Genuinely, we think we would have been happy at any of the 12 we bid, but we are very happy to have been assigned to Barcelona. 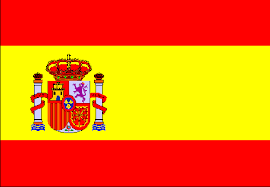 Most of us got our emails within a span of a couple of minutes, shortly after 8.  One of us, however did not.  He and his poor wife sat in agony, celebrating for us, and wondering what had happened.  Finally at about 8:20 he emailed his CDO, and got an out of office autoreply!  He and several of us reached out to other CDOs, and finally, about a half hour after the rest of us, he too received his email, with his number 1 choice as well. Thank goodness!

Lagos summer 2019 rotation cycle bidders, holding up flags of some sort for the countries to which we have been assigned, and/or our index cards with predictions and results. From left to right, Taipei, Naha, Barcelona, Warsaw, Rio de Janeiro, also on this cycle but not pictured is Santo Domingo.

We still have a while in Lagos, we’re not even half way through our tour here, but it is nice, for the first time since November 2016, to be able to plan a full 4 years ahead in our lives.  To make the training and arrival time in Barcelona work out I need to extend 2 months in Lagos.  I’ll leave here in September 2019 for home leave, and start Spanish training in late October. I’ll arrive in Barcelona in May 2020, for 2 years.  This does mean that Dy and the kids will be leaving Lagos a month or 2 before I do to see family and to get started in school in the US, and they’ll finish the school year there, so they may end up coming to Spain a month or so after I do.  Jen and Scott I guess have first dibs on our guest room, assuming we have one.  Can’t wait to see you all there!