Last weekend we celebrated what is now one of my favorite holidays, Día de Sant Jordi. Legend has it that long ago, there was a dragon that was tormenting the people of Catalonia. It ate nearly all their livestock, and the king declared that lotts would be drawn to select a human sacrifice to slake the beast’s endless hunger. Tragically, the princess’s name was drawn. She went forth to suffer her fate for the sake of her kingdom. At that last moment, the brave Sir Jordi (Catalan for George, a.k.a. Saint George) slew the dragon and saved the princess! In the very places where the dragon’s blood spilled on the ground, beautiful red roses grew. In memory of this event, people in Catalonia give red roses on April 23, Saint Jordi’s Day.

One of the buildings designed by Catalonia’s most famous architect, Antoni Gaudí, has design elements that honor this story. Casa Batlló, the building, had been closed for months, but had a re-opening on Sant Jordi, and we were fortunate enough to get some tickets!

END_OF_DOCUMENT_TOKEN_TO_BE_REPLACED

Today the older kids had plans with friends so I took advantage of the chance for some one-on-one time with Oliver. On one of the first rainy days we’ve had in Spain, we enjoyed checking out one of Barcelona’s most famous markets, La Boqueria.

END_OF_DOCUMENT_TOKEN_TO_BE_REPLACED

One could not possibly blog about 2020 without discussing COVID-19. I was, of course, closely following the news as COVID-19 became a topic of discussion, particularly as my colleagues who worked in Wuhan evacuated to the U.S. as the outbreak there worsened. As cases started to be identified in the U.S., the Department of State started making some plans for how to manage if they worsened as well. On a Thursday in mid March, we even did a practice work-from-home day in the School of Language Studies at the Foreign Service Institute, on which we all connected with our classes via video chat, to see how well it would work. The next day my class had a field trip planned, and we hoped it wouldn’t be cancelled.

END_OF_DOCUMENT_TOKEN_TO_BE_REPLACED

We live a charmed life in which friends and colleagues of ours live in magical places. Often the privilege of living in these beautiful places comes after living somewhere that is a bit of a more struggle to enjoy than others, however much of the time friends and colleagues live in beautiful places because they have great luck. Our friends Sarah and Brianna have been showcased in other posts. Brianna worked with Ben in Lagos. For their next post they would have loved to go somewhere northern and frosty however that wasn’t in the cards and they were sent to beautiful Barbados. Barbados is a small, 166 square mile, island with under 300,000 inhabitants. It was a former sugar cane slave plantation and the place where rum was invented. It is now a tourist paradise located in the Atlantic Ocean just north of Brazil and below the hurricane belt which means the weather is awesome and it avoids most natural disasters common in the Caribbean.

We have been lucky to enjoy so much travel over the last three years, mostly due to the special circumstances of where we were posted. Prior to our move to Nigeria our kids had never left the United States. Once the whole family was reunited in October back in the US we settled in to our new home and life knowing there wouldn’t be much travel on the horizon as Ben couldn’t take any leave during language training. Ben and I really wanted to visit our friends though while they were posted somewhere so warm and tropical. We had been saving our credit card travel points so we decided to use them and the long Presidents Day weekend in February to make our visit. We left a friend in charge of the kids and began our adventure. First stop was Canada. Yep I know, it was a shorter flight at a better time to first travel to Toronto then south to Barbados. Our return trip was through South Carolina which I found puzzling until I learned that South Caroline was settled by Barbadians.

END_OF_DOCUMENT_TOKEN_TO_BE_REPLACED

The opportunity to be paid to learn other languages was no small part of my motivation to pursue a career in the Foreign Service. I started my Spanish training course at the National Foreign Affairs Training Center in November. I’m a bit past the halfway point now. So what is a day in the life of a NFATC language student like?

END_OF_DOCUMENT_TOKEN_TO_BE_REPLACED

The last five months in the US have flown by. New home, new schools, new friends, new activities. Here is a quick over view of our August- December.

We absolutely love our house. When we were looking at coming back to Virginia for training we knew we would have a few hiccups to utilizing they typical government provided apartments. First of all there would be 2 months at the beginning of our stay and 2 months at the end of our stay where Ben wouldn’t be with us(so the kids could complete a full school year) which meant our housing wouldn’t be covered by the department during those times. The bids to stay in government provided housing for those months were insane, close to $6,000 a month, for 4 months was $24,000 we would have to pay out of pocket. Issue number two was the largest government housing available was a 3 bedroom apartment, which we can utilize but it isn’t fun. Number 3 after being in an apartment in Lagos for 2 years and destined for apartment living again in Barcelona we would love to have a yard for us and for the dog. We decided paying $24,000 for a small apartment with no yard didn’t sound fun so we decided to find our own place and then have some of the housing covered by Ben’s job and make up the difference ourself. We found another foreign service officer who had a 5 bedroom house with a yard to rent. It was more than we had hoped to pay and she wouldn’t allow our cat but we decided to go for it anyways. We are glad we did. The house is great. Large enough for visitors, a huge yard with BBQ, fire pit and hot tub. There are nature trails to walk and ride our bikes and it is close to shopping and about 2 miles from FSI where Ben is taking language training meaning he can walk or ride a bike.

END_OF_DOCUMENT_TOKEN_TO_BE_REPLACED 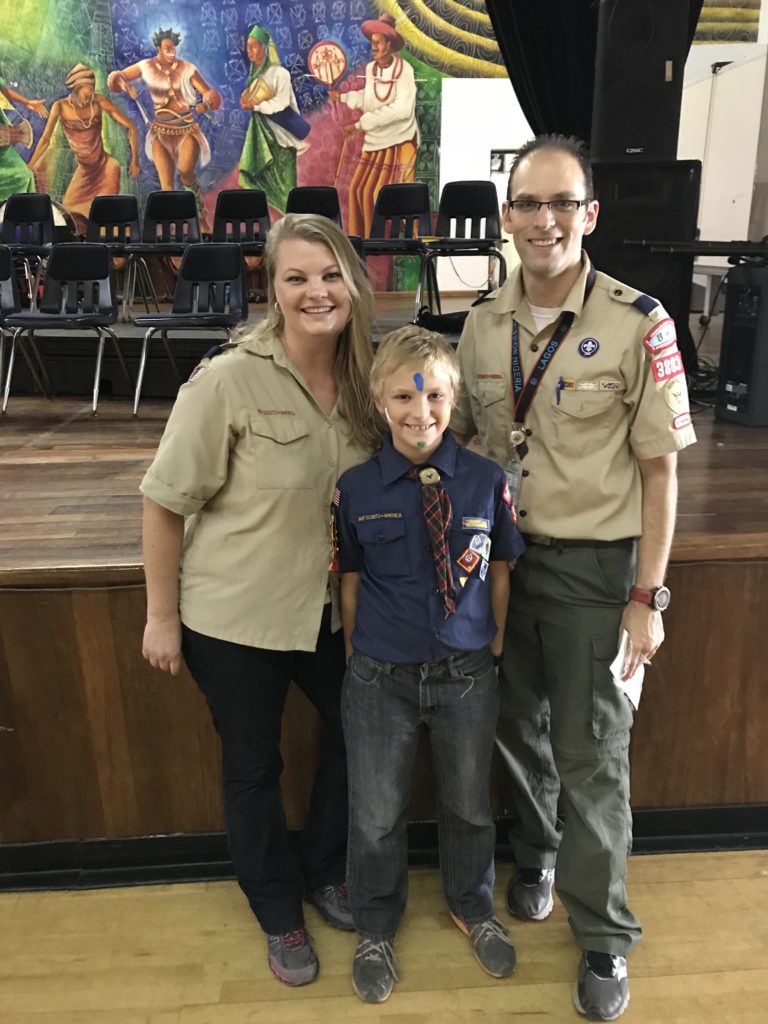 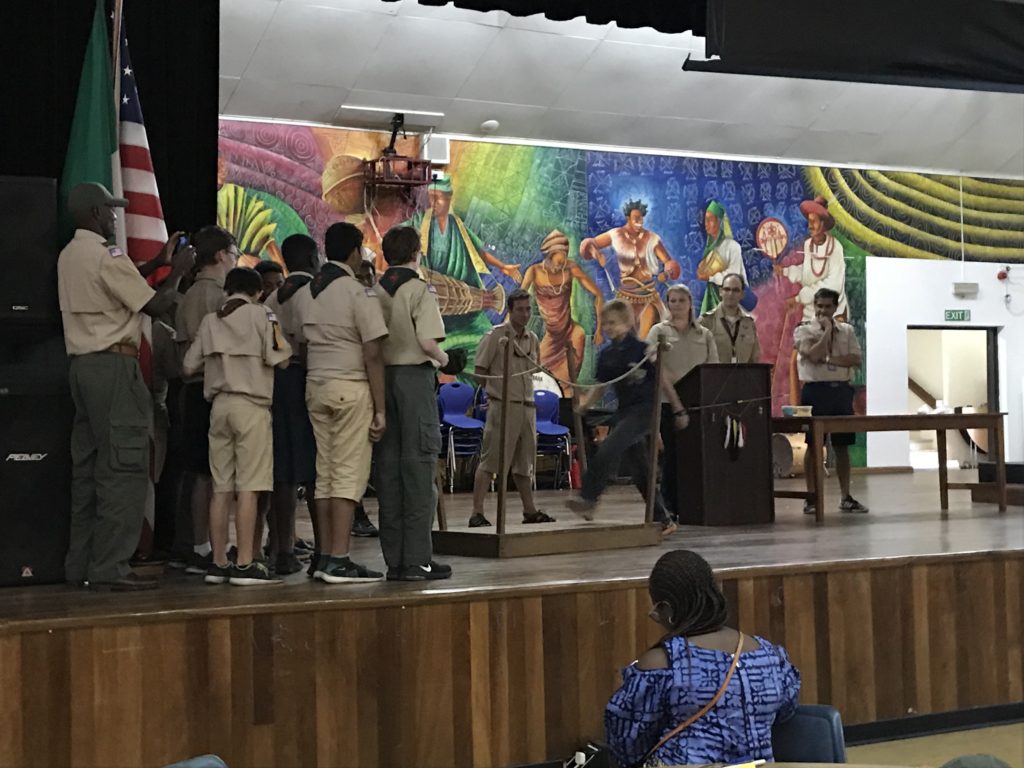 END_OF_DOCUMENT_TOKEN_TO_BE_REPLACED

Maine holds a special place in our heart. Ben and I met and began dating between our Junior and Senior years of high school (I should really do a post on that). We were still together after high school graduation and Ben joined my family on a trip to Yosemite National Park and his step dad invited Ben and I to travel to Maine in 1999 and stay in their family cottage and meet his parents. I fell in love at first sight. I had never spent any time on the east coast and not much time further north. I was a desert girl. I was overwhelmed by the beautiful thick forests and brackish tidal estuary rivers. It was my first time sailing and first time clamming. So many great memories.

We were invited back as our family grew. Ben’s stepdad’s parents passed away and his brother tore down the cottage and built a beautiful new cottage in its place. His siblings get use of the property a couple of weeks a year and occasionally they are allowed to invite extended family. We traveled back in 2008 with three kids in tow and again in 2016 while I was in treatment for my thyroid cancer with 4 kids in tow. When we were thinking of someplace we wanted to enjoy time after our return from Africa there was no where else in the US that sounded more relaxing. They generously hosted the boys and I for two weeks in August.

END_OF_DOCUMENT_TOKEN_TO_BE_REPLACED

Spending much of July in upstate New York was a dream Lagos detox! So how did we end up in this glorious place? A great state department friend from Lagos listened to me whine for months about not wanting to be stuck in Lagos during the summer. It was the middle of the rainy season and most of the kids friends left the country even before school was released. Ben and Dannica would both be working at the consulate and I imagined a summer of trying to entertain 3 restless boys. Sarah was kind enough to listen to my plea and after discussing things with her parents offered the Gordon crew up to house and pet sit for them while they were on summer vacation themselves. Everything aligned just right and we were able to drive to New York a few days after landing in Virginia first to get the kids registered in school. Martha and Jim kindly welcomed us with open arms.

END_OF_DOCUMENT_TOKEN_TO_BE_REPLACED

I was never going to do this post. It was just too hard. But while training at FSI this fall Ben and I were approached by a fan who reads our blog…yes there are a couple who aren’t family and friends. 🙂 And she pointed out that we hadn’t written in ages and she thought we were here for training but she wasn’t sure and she was so glad she got to meet us and most importantly “Why aren’t we still writing?”

Leaving Lagos was hard. For many reasons. It had become our home. It was also not the easiest place to live. It sucked and was great all in one giant uncomfortable emotion. Some say the love for your first post will never be matched. We miss the people and the friends we made every single day. These are some of our final good byes. The kids each have dozens of pictures saying farewell to their friends and I didn’t feel like I could begin to share all of their emotions so these are mostly just mine. On top of the difficultly of leaving we were being separated as a family. Dannica got a summer job at the consulate and Ben wouldn’t be joining us in DC until October.