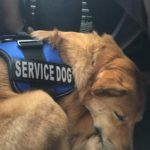 When we found out we were moving to Lagos Nigeria, I will be honest, I cried. Not because it was Africa. I love Africa. Love to travel there, its people, its literature and art. Not because of the poverty, or the heat, or the anti malaria meds but because it would be so far away and living in such a developing country with so many contagious diseases I knew that my sister would not be able to come and visit me.She has some health issues that would be made much worse if she were to get any of these illnesses or take medication. I kept it together through the Flag Ceremony and through all the obligatory pictures. This is my friend Zoe who we were friends with when we lived in Denver and our husbands were in law school together. They joined the Foreign Service in 2005. She has been so kind and helpful and the minute they announced we were going to Lagos she started looking up all the important stuff I needed to know. It worked. I held it together well enough. 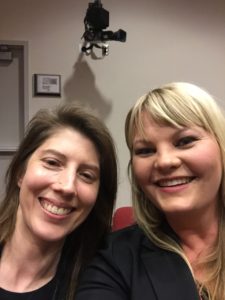 After the Flag Ceremony  we knew we were going to go out to eat to celebrate my birthday. I arrived to the restaurant early and went into the bathroom and just sobbed. Not those little sniffled sighs but huge gut wrenching sobs. The kind that if hear coming out of a womans bathroom you don’t go in. I then called my sister. Some of tears were grieving of where we were moving to but 99% of it was just all the emotions over the past few months. Moving, selling our home, getting settled in a new place and months and months of wondering where we were going to end up and if we were ruining our lives. I had never cried during any of it.  Viv was wonderful and supportive. When we realized it may be almost 2 years before we saw each other again I decided then and there that we would go visit her before we left. So we went to Salt Lake City for 6 days at the end of May. 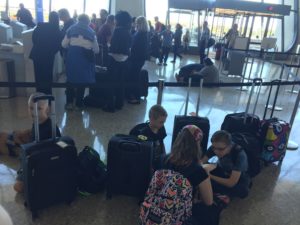 The kids are such amazing travelers now. This is them waiting while I was jumping through the hoops to get the service dog on the plane. 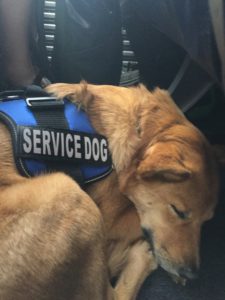 Kiva the amazing super diplodog. They had an extra seat which was nice because then she didn’t have to sit right under my feet for the whole flight. 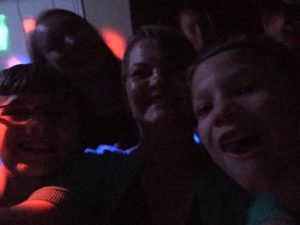 Sadly this is one of the only pictures I got with my sister. We had a great dance party in her living room with her disco light bulb in order to celebrate early for Harrisons birthday.

In general we kept the visit low key. We wanted to hang out with Viv and Jeff and experience their new home. It was great to have a bit more space and we had a great time exploring the neighborhood. We found an amazing Mexican store on a nearby corner that sells all sorts of frozen deliciousness like chocolate covered bananas, plus other food like Mexican style corn of the cob. Delish! They have several parks with in a block of their house and other fun things to do. The kids and I enjoyed the sunny weather at the park almost every day. It was soothing to my soul. 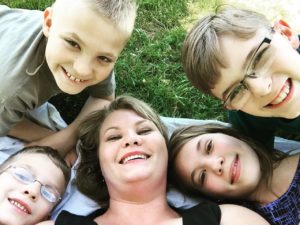 We met up with my dear friend Jess and her family at Red Butte Gardens one of my favorite places. I love seeing and learning about the plants and having my super herbalist friend there with me made it even more magical. 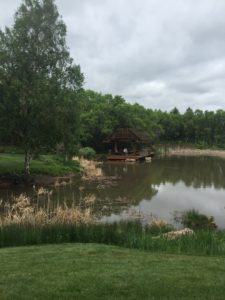 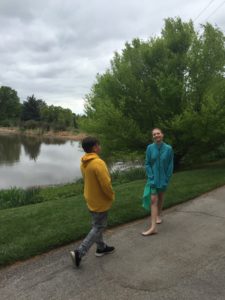 Kieran is a great kid. We all love him. 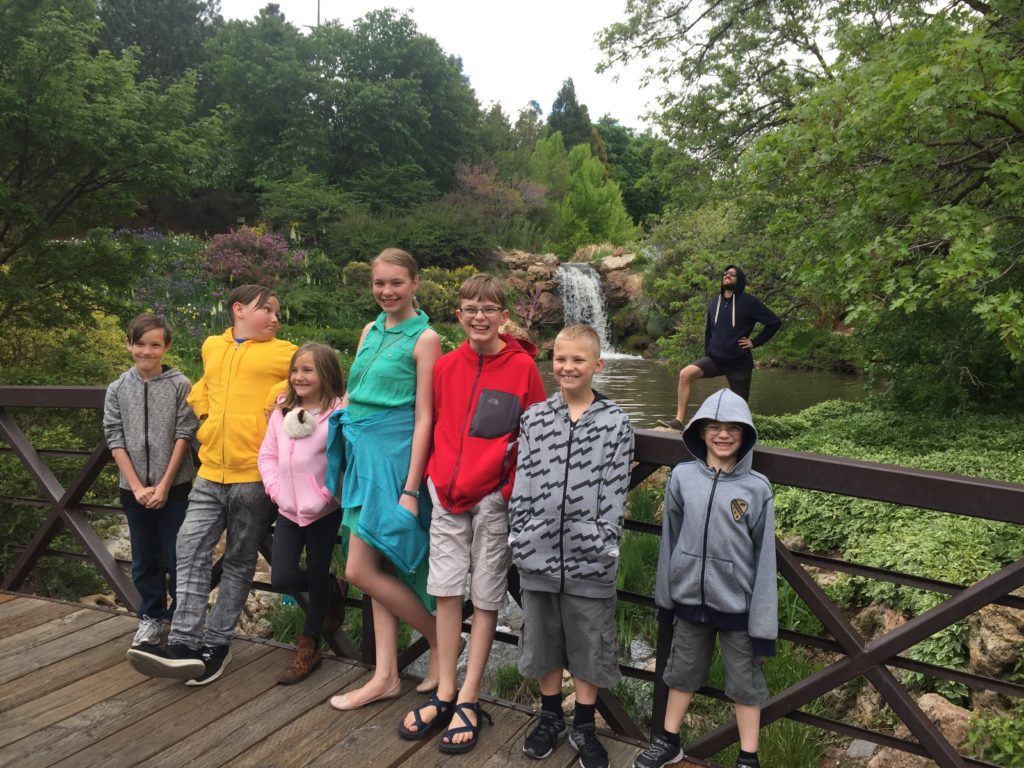 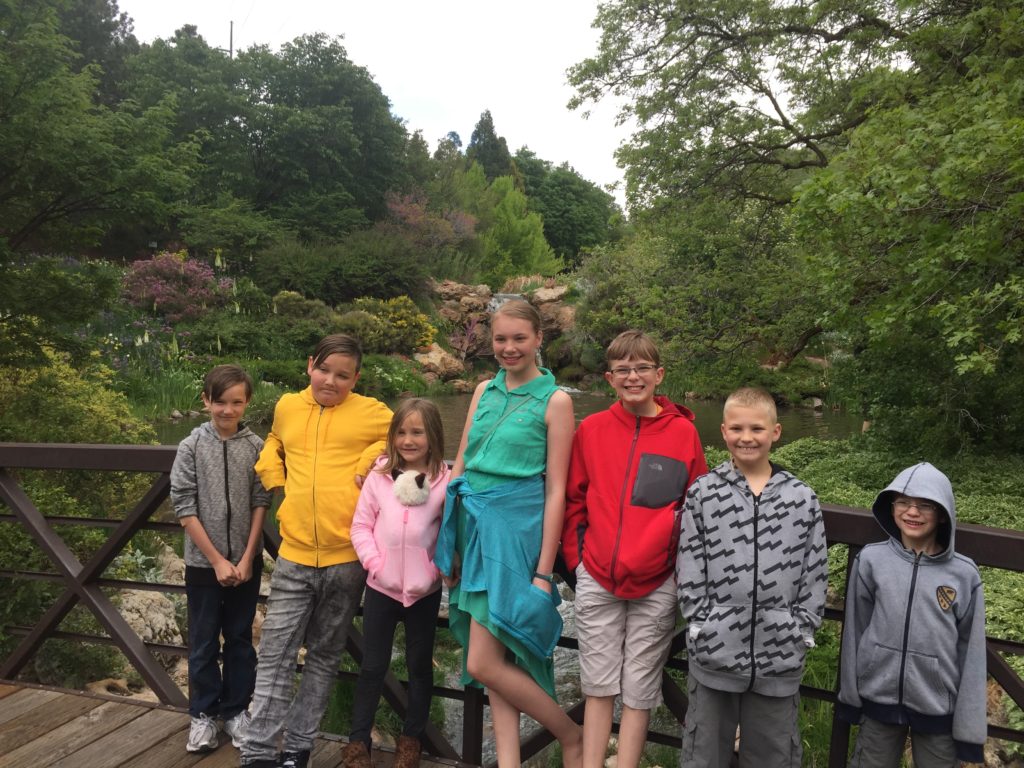 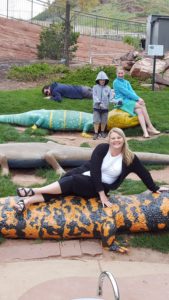 If there are lizards it is totally appropriate to lounge on them. 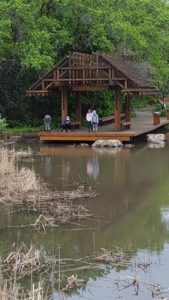 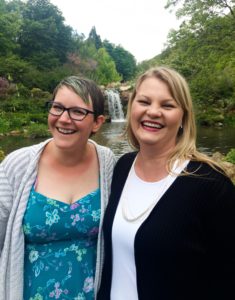 I love this lady so much. Kindred spirit for sure. 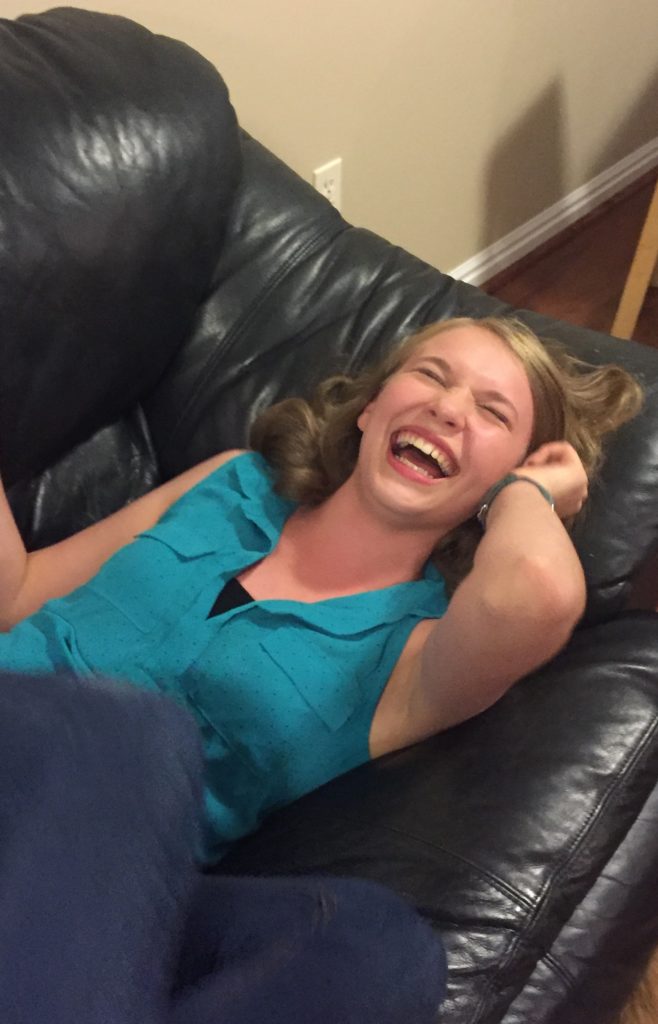 This photo of Dannica pretty much sums up our trip. Although I was terrible about getting pictures we had an amazing time. I had ice cream with with my long time midwifery friend Sarah which pulled on my heart strings. I also met up with a friend I hadn’t seen in 20 years. Melissa and I were friends starting when we were 3. We lost touch around 16 and were able to reconnect thanks to Facebook. Technology is amazing. 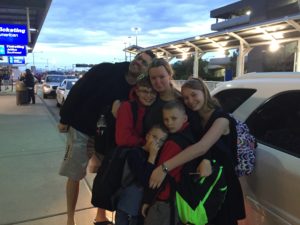 Leaving was extra difficult as we knew it would be a very long time before seeing them both again. We are so thankful for Aunt Vivian and Uncle Party for being in our lives. See you February 2018?