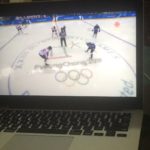 Foreign Service Officers posted abroad are authorized to own AFN decoders.  Armed Forces Network is a tv and radio broadcast network operated by the Department of Defense, which provides US TV and radio programing for military servicemen and servicewomen and other US Government employees deployed abroad.  My Dad got us a decoder for Christmas, and it’s been nice to have, as the internet speeds here are often not great for streaming through a VPN so that we can access location limited streaming services like Netflix or Amazon Prime.  It’s been particularly nice during the Olympics.  I’ve always been a huge fan of the Olympics, I just love watching them, either summer or winter.  It was great fun to live in Salt Lake City during the 2002 games, and the advent of on-demand streaming and 24 hour broadcasts has been awesome.  We’ve watched a lot of the Olympics the last few weeks.  I’ve particularly enjoyed watching the US women’s hockey team.  Their games are great, they play hard, and after a heartbreaking overtime loss to Canada in Sochi 4 years ago, they were hungry.  The game in the preliminary round against Canada was a hard fought loss, and the intensity level of the play ratcheted up a notch or 5 when those 2 teams played.

Last night we had a get-together at our place to watch the preliminary rounds of the women’s bobsled, primarily so we could see the Nigerian Bobsled team compete.  It’s so cool to see our host nation taking strides as the first African nation to compete in that event.  I was successfully able to record that with our DVR and we watched the runs after work. 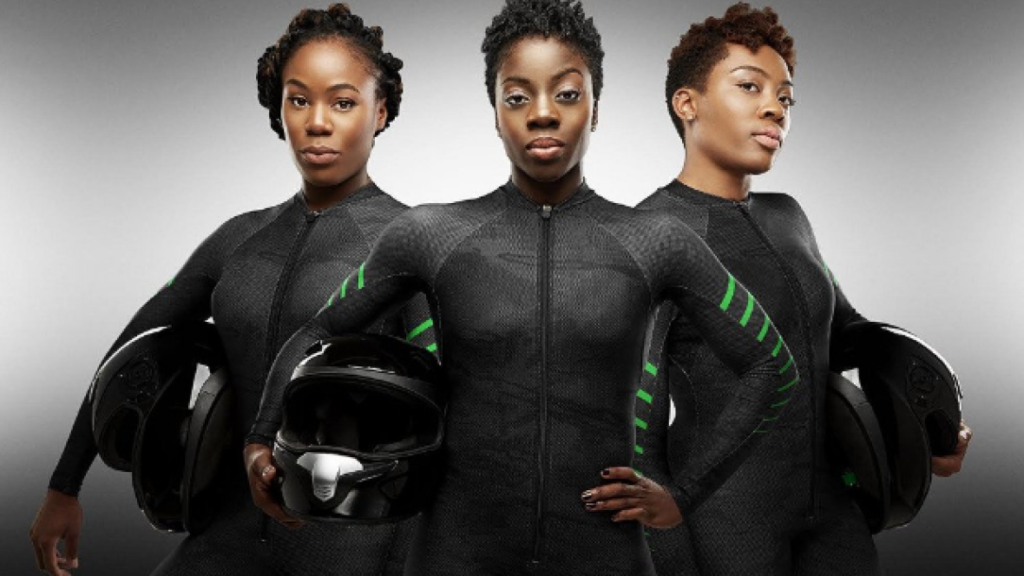 This morning, as we were heading into the Consulate, the US women took on Canada in the Gold Medal hockey game.  I had the DVR set again, and steadfastly avoided contact with the internet, the TV on in the cafeteria during lunch, and facebook, so that the outcome wouldn’t be spoiled.  My co-workers were great, and several of them warned me not to look at the internet at all, so I assumed there was a great game.  I managed to avoid spoilers all day, and got home, to find that the DVR had messed up, and no hockey game was waiting for me.  Friends came to the rescue again!  One of our best friends had found that the CBC had an on demand stream available if you had a Canadian IP address, and fortunately our VPN has a server in Toronto, so we were able to stream the game too.

The puck about to drop to kick it off.  Thank you ExpressVPN.

WHAT A GAME!  It was SO worth the wait, so worth watching all 3 hours of it, SO worth avoiding the spoilers.  If you don’t know the outcome, go find a stream of it and watch it! 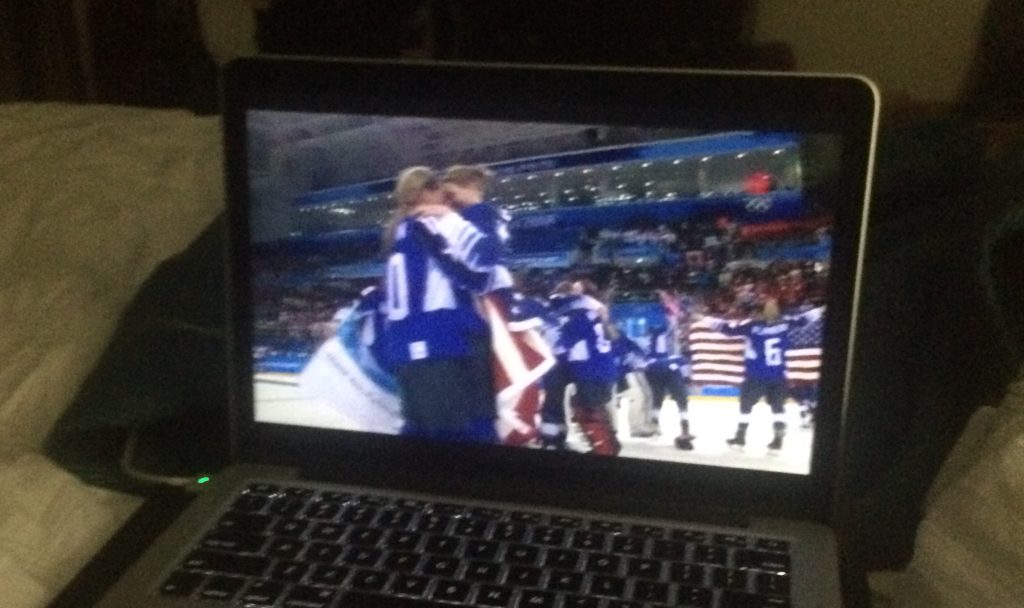 It was an absolute nailbiter, with the lead and momentum shifting multiple times, a full 20 minutes of sudden death overtime, a 5 shot normal shoot-out, and finally a bonus shootout round, before finally the game was decided.