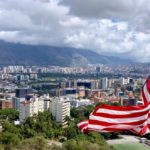 When I worked as a lawyer, occasionally I would read in a national newspaper about a Supreme Court case which I knew would have an impact on my life, or something about Utah’s National parks.  This was only an occasional occurrence.  Since starting to work for the federal government, reading about policies which have a direct bearing on what I do from day to day has become a much more frequent event.  In the current administration, immigration is a hot button issue.  As a consular officer, I have been on the front lines of implementing the several iterations of travel ban by executive order.  More recently, I’ve been obsessively reading about the partial government shutdown.  The Department of State was one of the executive branch agencies which underwent a lapse in appropriations.

The Bureau of Consular Affairs is fee funded, so during this shutdown (and during the one which happened last year), consular operations continue for as long as sufficient fees continue being paid.  In fact, all of the costs of my posting overseas, from my salary, to my housing and utilities, to the tuition for my kids’ school, are covered by fees for consular services, which are set by statute based on the cost of keeping me and my consular colleagues overseas.  Fortunately, for me, I was required to continue working, but I didn’t end up missing any paychecks.  However, dozens of my other colleagues were among the 800,000 federal employees  who were either required to work without pay, in the interest of safety and security, or were furloughed.

Recognizing that I was fortunate, it was still a very stressful experience.  None of us thought that the shutdown would happen, because congress had expressed an intent to pass a bill and the President had expressed an intent to sign it for a CR.  I found out about the shutdown while we were on vacation in Austria.  It took about 2 weeks before we had any clear answer as to whether or not I would be in  (paid)  annual leave status or if I would be required to take those days as furlough time.  We received conflicting guidance about what the impact would be on us multiple times throughout the shutdown.  It was demoralizing arriving to work each morning to a mostly empty Consulate.

I and my fellow Foreign Service Officers all went through a rigorous and highly competitive application process.  Every single one of us very much wants to be serving our country, to be advancing its interests abroad, to be building cooperation with other countries, to be protecting our country’s borders, to be facilitating legitimate travel.  I have been impressed by the calibre of people this service attracts.  None of them deserved to go through the stress of that shutdown.

On Friday one of our friends organized a karaoke night at the “GQ” (Guest Quarters, a restaurant/bar/gym/hotel operated by the American Employees Recreation Association here in Lagos).  It had been 5 weeks since about 2/3 of the people who attended had gotten a paycheck.  I read the room well, and got a big cheer and enough audience participation to hide my not-so-impressive singing ability, when I dedicated my first song, Twisted Sister’s “We’re Not Gonna Take It” to all of the furloughed federal workers.  About halfway through the evening, several people got news notifications on their phones, and I noticed the crawl on the TV in the far corner of the room which was tuned to CNN, announcing that the President and Congress had come to a temporary compromise to re-open the government.  The next performer played Oprah as she introduced her next song, pointing around the room, “you’re gonna get paid, and you’re gonna get paid, and you’re gonna get paid..”  The evening ended with “Don’t Worry, Be Happy,” Journey’s “Don’t Stop Believing” and a stunning duet performed by our amazing daughter and my friend who organized the evening, “Never Enough” from the Greatest Showman.

Then the next morning, I was back to reading news which impacted those I know well and care about.  I read of our official recognition of the self declared Interim President of Venezuela, and immediately thought of 2 friends from my A-100 training class, and third friend I met while he was on a temporary assignment here in Lagos, now serving in Caracas.  I read about Maduro’s order that American diplomats be expelled, about Secretary Pompeo’s response that we don’t recognize Maduro’s authority to do so, and I couldn’t help but worry.  I am very grateful for the dedicated members of the Diplomatic Security Service and the US Marine Corps who work hard to keep us safe.  The bulk of every US Diplomatic Mission’s security forces, however, are a local guard force, citizens of the host nation employed to keep us safe.  Over the next few days, more news made its way to me, through the media, and through my friends in Caracas.  Ultimately, our presence there is being temporarily reduced in the interest of the safety of those serving, and all 3 of my friends have now been evacuated.  My heart aches for children who have been torn from their schools halfway through the school year, for my colleagues who have to uproot their lives, not knowing when or if they’ll be able to go back, for those who have to leave pets behind (not permitted on an evacuation flight), for couples who are separated by this sort of situation.

Making their way to the Caracas Airport

Every morning as I open the safe and get out our consular seals, I briefly remember the following scene from the movie “Argo,” about the rescue of 6 American diplomats after our Embassy in Tehran was overrun, when they destroyed their consular seals as the Embassy was invaded:

One of my friends from A-100 lived that experience first hand – he was tasked with destroying Embassy Caracas’s consular seals with a sledgehammer.  So far they are all safe, thank goodness.  One of them posted the featured image at the top of this post (and below, if I can’t get it to work, like I recently haven’t been) on facebook with the hashtag #Venezuelalibre.  That is what the Foreign Service is all about: loving the United States, and loving the people of the countries in which we are privileged to serve. 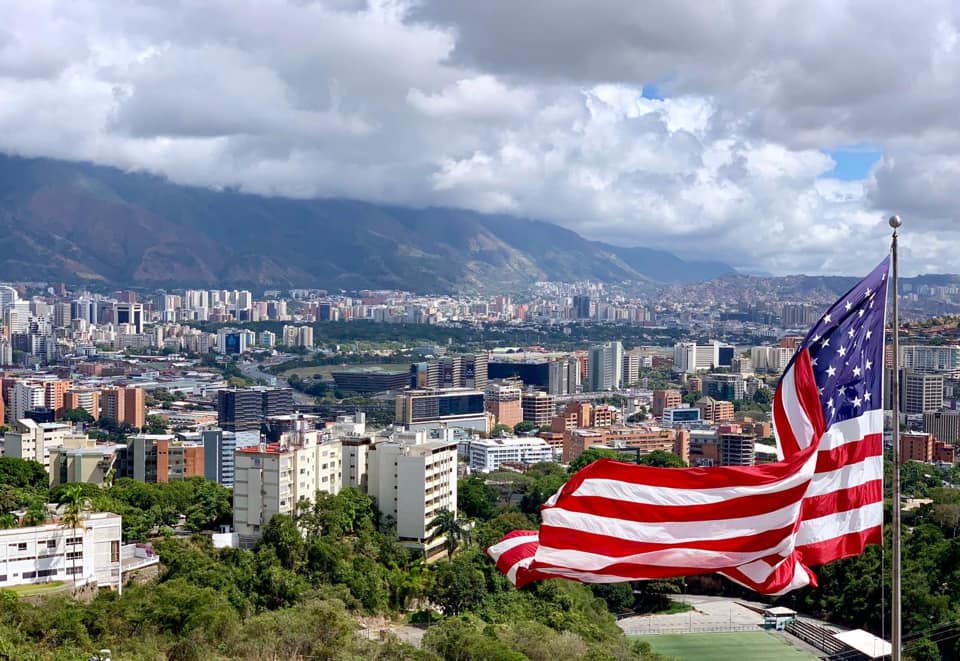