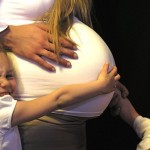 People ask me all the time about our homeschooling journey. Let me begin it was not in our original plans. When I was pregnant with my first I remember telling my best friend my children would be exactly 3 years apart so that the older one could attend a private Montessori school while I was home with the baby. I had attended Montessori and loved it. Well plans changed. 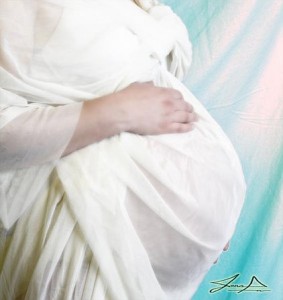 The next baby came 2.5 years later and my husband was still in law school with a year remaining before we had any noticeable income. There was a public Montessori school but I would have had to send my 3 year old on a school but with no seat belts and strangers!! It wasn’t a good fit. When she was 4 I sent her to the local small preschool for some fun while I was on bed rest then home with another brand new baby. 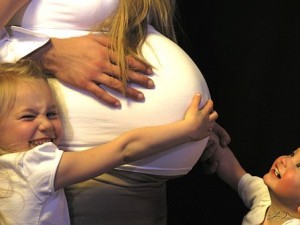 Kindergarten was approaching and we just couldn’t imagine sending her. We liked our free time and being able to travel when ever we wanted. I also loved watching my children interact together. I couldn’t imagine splitting them up. Our official homeschool journey began when we didn’t enroll her. We had really been doing home learning all along.

The years went by and I still dreamed of being able to afford a private education for our kids. Money was just not abundant enough and we lived 15 miles away from the nearest private school so the drive looked less than appealing.  My daughter was very bright. At home we talked about science and history. She learned how to read well by 5 and we did math games for fun all the time while driving or cooking. I decided that if she could do math and reading everything else would fall into place.

By the time she was ready to start 3rd grade I had three other children to take care of and was nearing the end of my difficult and time consuming training as a midwife. I had had a few difficult pregnancies and postpartum recoveries. 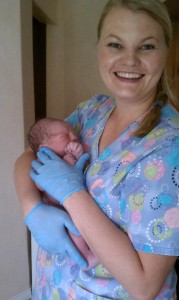 I constantly worried my kids were behind. Even after trying several spelling methods her spelling was what I thought at the time terrible. I just needed a break. She and her younger brother who was in 1st grade headed off to the local public school. They went to school happily and really the two years they went they enjoyed it overall. My oldest was very ahead of her peers. So far ahead that she often busied herself as a teachers aid helping in the library as well. Her 4th grade teacher saw how much the kids that were ahead struggled in class so she started doing a pretest of material on Monday’s of what they would cover that week. Any child who scored above 92% was excused from the busy work and could work on an individual project of their choice. They would read books and write reports, make science posters, etc. My daughter loved this. She had great friends and really enjoyed everything about school. She did not however have much academic growth the two years she was there. NOTE: Ultimately she ended up skipping a grade all together.

My second child attended 1st and 2nd grade. He could read and knew basic math. He was very very smart and never struggled academically. He had some vision problems remedied by glasses and some known hearing issues. He had a harder time overall with the social interaction and time restraints required by public school. He was sensitive to pressures and demands and struggled some with interacting with the other kids. He had two amazing teachers who were very loving and supportive of his growing pains and loved him dearly. Because he never struggled academically they decided to focus their attention on helping him adjust socially. He would cry when he was frustrated or if there was a disagreement with other children so they taught him to take deep breaths before responding. His 2nd grade teacher was very very concerned that at recess he would rather sit and read a book or have conversations about science or history with an adult on the play ground than play sports with the kids. She considered her year a success for him when on the last day he went to play Redrover with the other kids. The main problem was that he would come home from school completely exhausted. Like, fall asleep the minute he walked in the door exhausted, and fight us all afternoon exhausted. He started really melting down when they starting doing preparation for standardized testing in early spring. He just needed more variety and was exhausted after sitting still and listening all day. He started getting sick more and more often and missed more and more school. No one was happy. NOTE:My oldest son ended up being recently diagnosed with a genetic disorder called Ehlers-Danlos Syndrome. EDS affects all of the collagen in the body causing things like muscle and joint pain causing the child to shift and move often in their seat to try to get comfortable and mimicking hyperactivity. It causes digestion issues, balance and gross motor skills,headaches, joint dislocations and heart concerns. The explains why public school was difficult for him. He couldn’t hear, was in genuine pain while sitting for long periods of time, had to get special permission to use the bathroom more often than normal and didn’t like sports. It also caused him to loose about 30% of his hearing. He now wears hearing aids. Those with EDS also often have behavior patterns similar to those with very very high functioning autism which explains some of the social concerns he had in school. He gets speech therapy at home and has an IEP(Individual Education Plan) that is carried out by My Tech High and a local charter school. They monitor him for speech, hearing and vision educational needs, as well as educational testing. He is a bright kid and doesn’t struggle academically.

My third child attended kindergarten. He is a super social one so he loved it. He was bright and obedient and many parents told me that he had been a sweet friend to their child when they were sad or injured. We breezed through the year with no expected problems until I took him in toward the end for a follow up test on his reading. I realized he had not really learned much with reading but had gotten very good at reading social and prompting cues from his teacher and others to guess his way through the words. The sentences were simple enough that with pictures and knowing the first letter of words he could guess his way through his reading tests but he was not improving. As much as he loved school he also loved his mama. Some mornings he would wake up and not want to go to school but wanted to just stay with me and I obliged. NOTE: My second son struggled for years to learn how to read. I suspect he has a mild dyslexia. Now at age 9 and the end of 3rd grade he has just made huge leaps in his ability and can read at grade level with auditory comprehension far above normal.

My fourth child attended two years of preschool while the older siblings were at public school. This gave me time to do office work and such while he was gone. He hated it the first year and would scream and cry when I dropped him off but loved it by the end. Two years later when he sees his old teacher he still begs to go back to preschool..why? He loved her toys of course.

I failed as a public school mom! I got so many truancy letters!! I wouldn’t send my kids to school if they were ill, if they wanted to be home, if we wanted to plan a vacation when school was in session, if it was a beautiful day and we wanted to be outside or if grandparents were visiting. I didn’t care about turning in homework because I just wanted my kids to play when they got home from school. I asked the school to quit sending home reading level books every night because I would loose them and I hated being responsible for them and we had tons of similar books at home. I didn’t love helping out with parties in their classes, I did it but I didn’t like it. I didn’t understand why my kids had to focus on material they already knew or that they were not ready to do. With my work as a midwife I was often on call during holidays and summer breaks and off when the kids were in school and it was sad for us to not have time for family vacations.  So we became public school drop outs and returned to homeschool again. I do have to say that even with the reasons listed here we really did have a very good experience with public school. Over all my kids were happy. The teachers were amazing and loving. I was able to leave that experience knowing that public school was not evil. If we needed to attend again for some reason my children would be fine and would probably thrive there. I am very thankful that I have options to do what I feel is best for my family.

How do we homeschool?