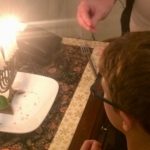 We had a Hanukkah party this evening, which was amazing.  My wife did a great job organizing it.  Who would have thought that we could fit 34 people into our apartment!?!  For the record, any time my wife says she would like to have a party I should always say it is a good idea.

As per tradition, we served plenty of oily foods to celebrate the festival of lights.  DyAnna made a super tender shredded brisket, we tag-teamed a mountain of potatoes (and some zucchini), and fried up some latkes that my grandmother would be proud of.  Our kids got into the spirit and made a lego stop-motion movie telling the Hanukkah story:

We let the kids and their friends light the menorah (yes, technicallly the last night of Hanukkah was last night, but today worked better for our party, so…), and it was generally  a glorious evening. 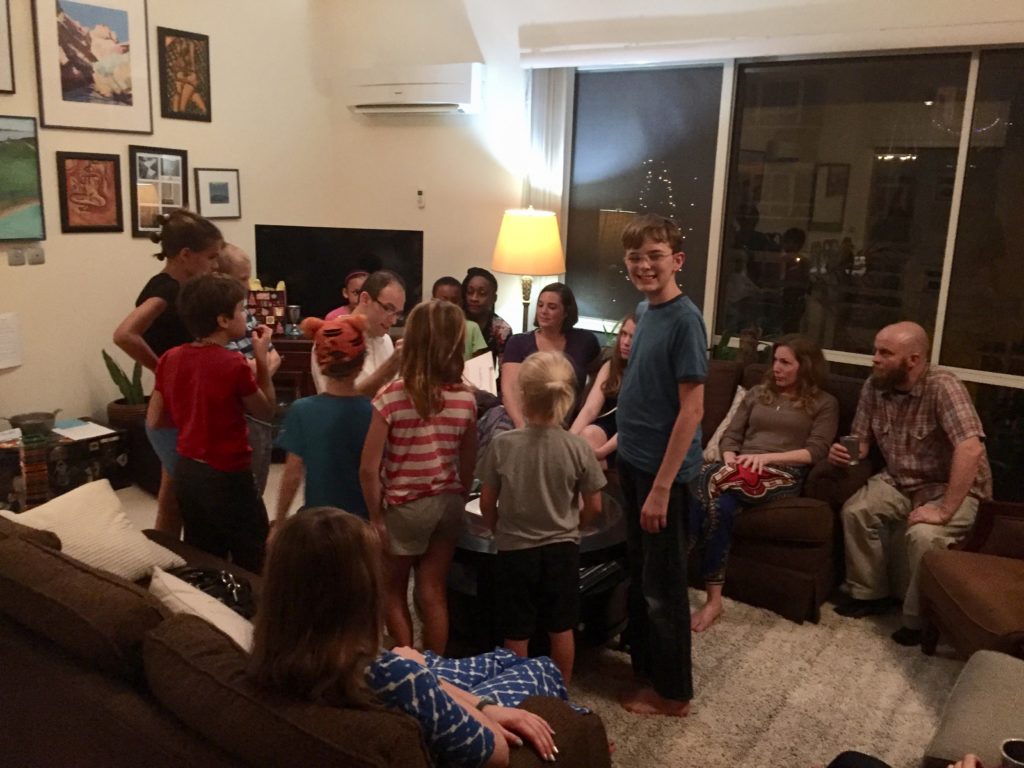 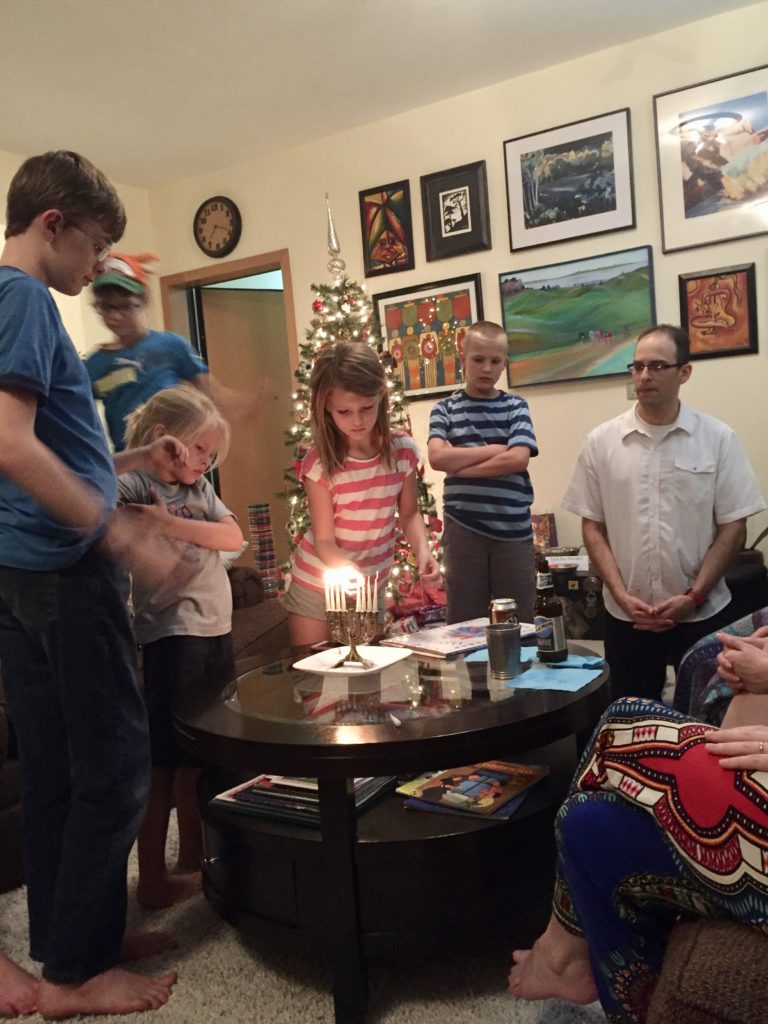 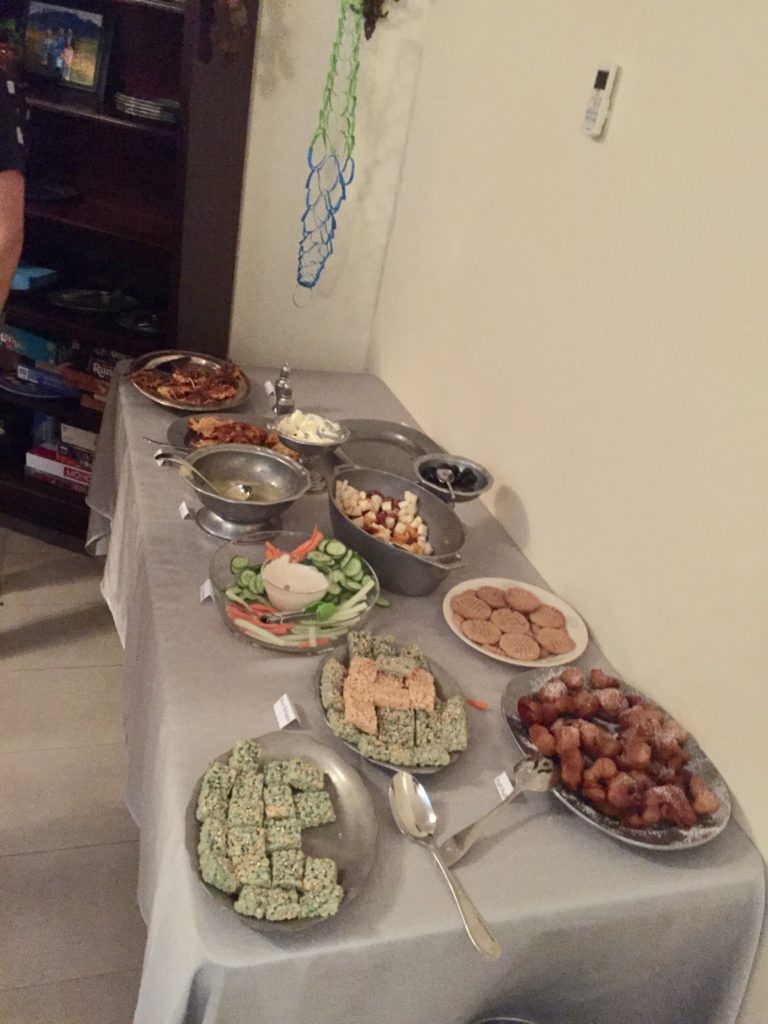 4 out of 5 diplomats agree, latkes are delicious, latkes with brisket on top are so good it’s mashugana.

My daughter reading the prayer a few nights ago.  I’m so proud of these kids.