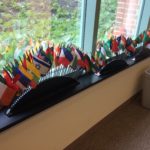 Flag day was an amazing roller coaster of emotions.  We were all pretty amped up as we got through the days leading up to the big day, and the announcements of where we would spend the next 2 years of our lives.  As our friends and families gathered in the giant auditorium, we arrived, and found the honored guests outside: 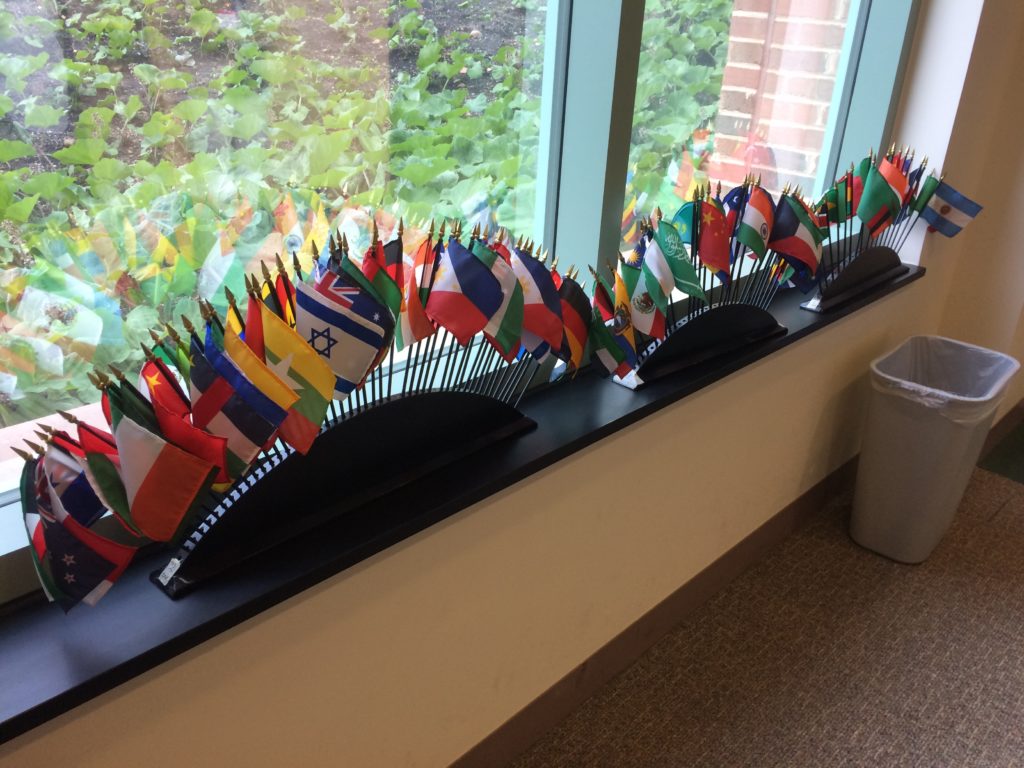 Each of these flags represented the future for someone from my class, or from the class of LNA consular adjudicators who shared our flag day.   Flag day is exciting!  Each of these flags are awarded 1 by 1, as a post is announced, followed by the officer who will be filling it.   It amazed me how well the 74 of us had gotten to know each other in the previous 5 weeks, and how much we cared about each other.  I was moved near to tears to see my classmates getting the posts that I knew were the highest of highs for them, including my colleague posted to Manilla, the closest post to her husband who is in the military at Guam.  Some cheered, and some all but ran to the front of the room to receive their flag when their name was called.  I felt joy for them.  I felt slight relief when the posts Dy and I had bid “low” were awarded to someone else (particularly if I knew they had ranked it high).  My heart leaped whenever I saw a flag I knew we had bid “high.”  About halfway through, my name was called for Lagos, Nigeria, one of our Mediums. 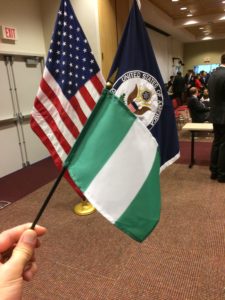 I’ll admit that I’m a little anxious about the weather.  Lagos is only a few degrees north of the equator, so we can expect temperatures in the high 80s with humidity in the high 80s as well.  There will be some (significant) restrictions on the areas of town we’ll be allowed to go to, in the interest of our safety.  We’ll all have to take malaria prophylaxis.  That said, we’re excited!  Everyone I’ve talked to who has served in Lagos has said that the community at the Consulate General there is amazingly close.  In fact, I had an email waiting for me Monday morning after flag day from post, saying that they had heard I had received a Lagos flag, and wanting to confirm, and since then I’ve been in touch with several people from post, who have already been amazingly welcoming.  There will also be a large contingent of my new colleagues serving in Nigeria with me.  4 of us will be going to Lagos, and 1 to the Embassy in Abuja!  We’ll also be joined by a LNA, by a couple specialists from the 145th Specialist Orientation who had flag day a few days before us, and (I just found out and met them this week) by 2 FSOs from the 189th A-100, which started a couple of months before ours.  In addition to all that, I’ll get a healthy chunk of hardship pay, and some help with my student loans, and I’ll get to pick toward the front of the line for my second tour. 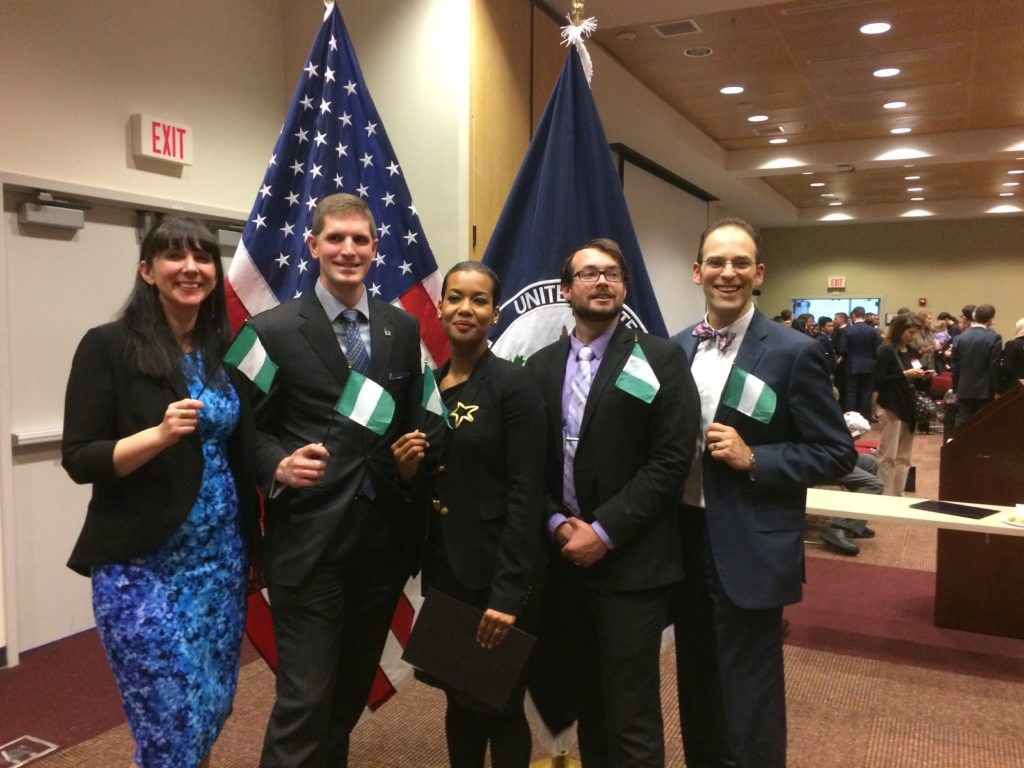 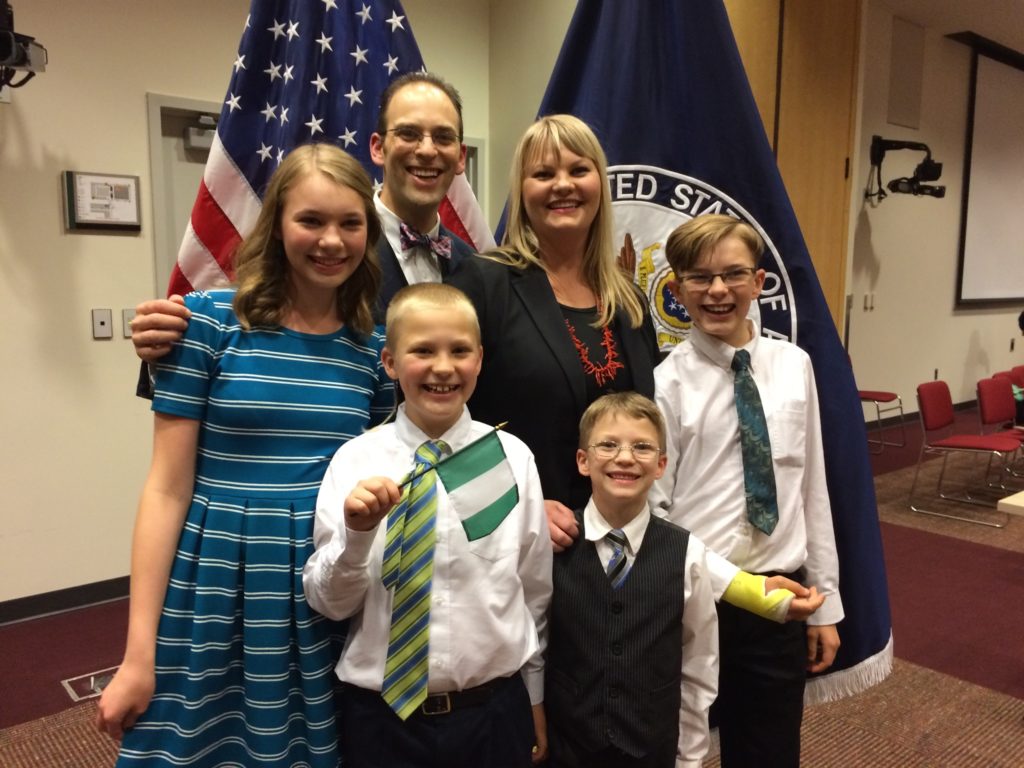 The next week we gathered at main State for the final event of our orientation, the ceremonial swearing in.  We were joined once again by our class mentor, the inspiring Ambassador Linda Thomas Greenfield, former ambassador to Liberia, and recently emeritus Assistant Secretary of State for the Africa Bureau.  I count myself lucky to have met her.   She rose through the ranks as a career Foreign Service Officer, and has served a very distinguished career. 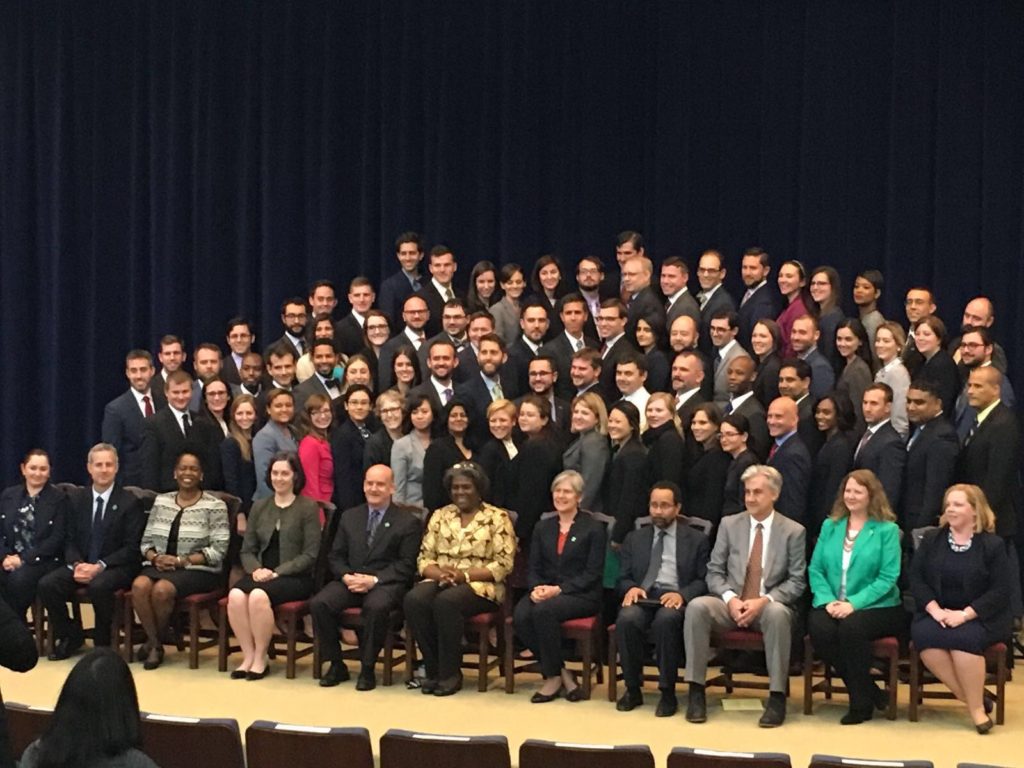 I am proud to be part of this class of Foreign Service Officers.  We come from a multitude of backgrounds, including lawyers, former military, former civil service, and a wide range of public sector position.  Every one of them is highly accomplished.  I think all of us suffered from “imposter syndrome” at times.  Above all, each one of us are committed to serving our country, and grateful for the opportunities we will have to do so, as we have sworn to do.  I trust that, as we scatter around the globe, the future of our nation’s foreign policy is in good hands. 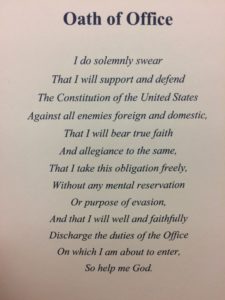