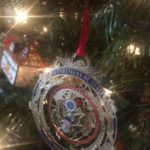 As I type this I am snuggled warm in my bed against the cold.   It is 28 degrees outside.  The children have opened their gifts, we enjoyed the traditional Christmas breakfast our family has each year, and life feels pretty good.  There have been a few differences between this, our first Christmas overseas, and the Christmases we’ve had before.  The first difference is that the cold I am snuggled against is the cold of our air conditioners, set low to prevent mold, as the 28 degrees outside is in C, or about 82F. 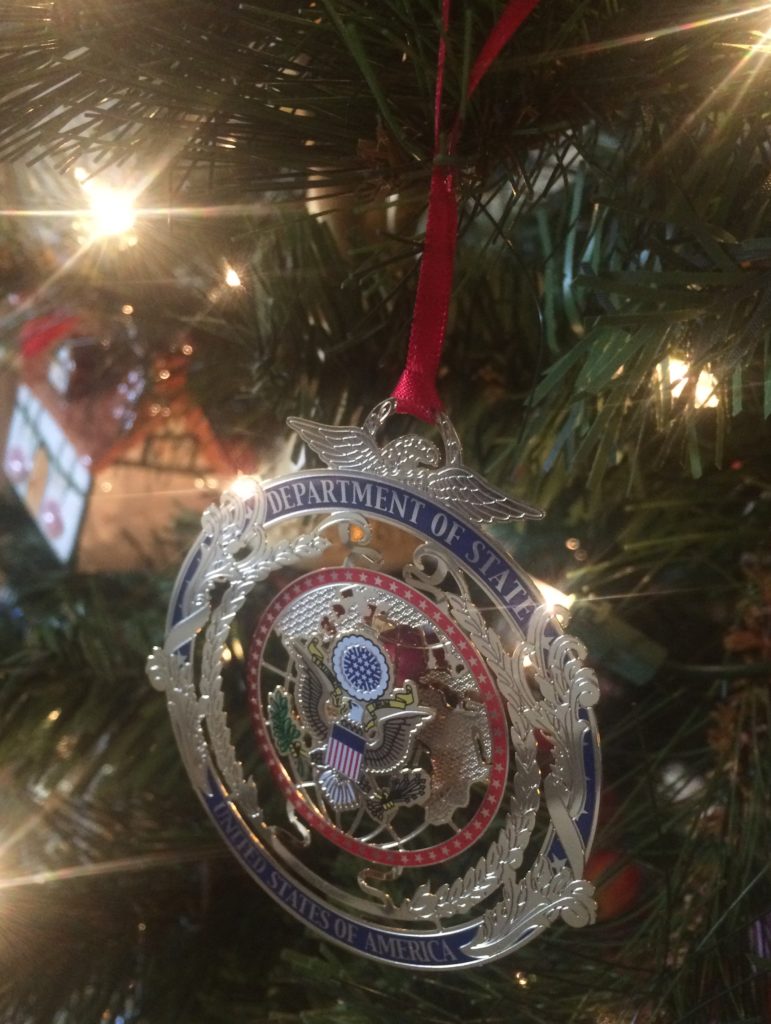 We knew that the kids are big on tradition, and that it would be hard for them (and for us) to have our first Christmas far from home, and without any extended family with whom to celebrate, so we tried to replicate as much of our typical Christmas experience as we could.  This started with decorating our Christmas Tree the day after Thanksgiving.  I picked up the above ornament at the gift shop at the main State Department building in Washington before we headed out.  Of course, we were also scrambling in early November to get our gift orders in for those items which aren’t locally available, so they could make it to the Diplomatic Pouch facility in Virginia in time to make their way to us on time. 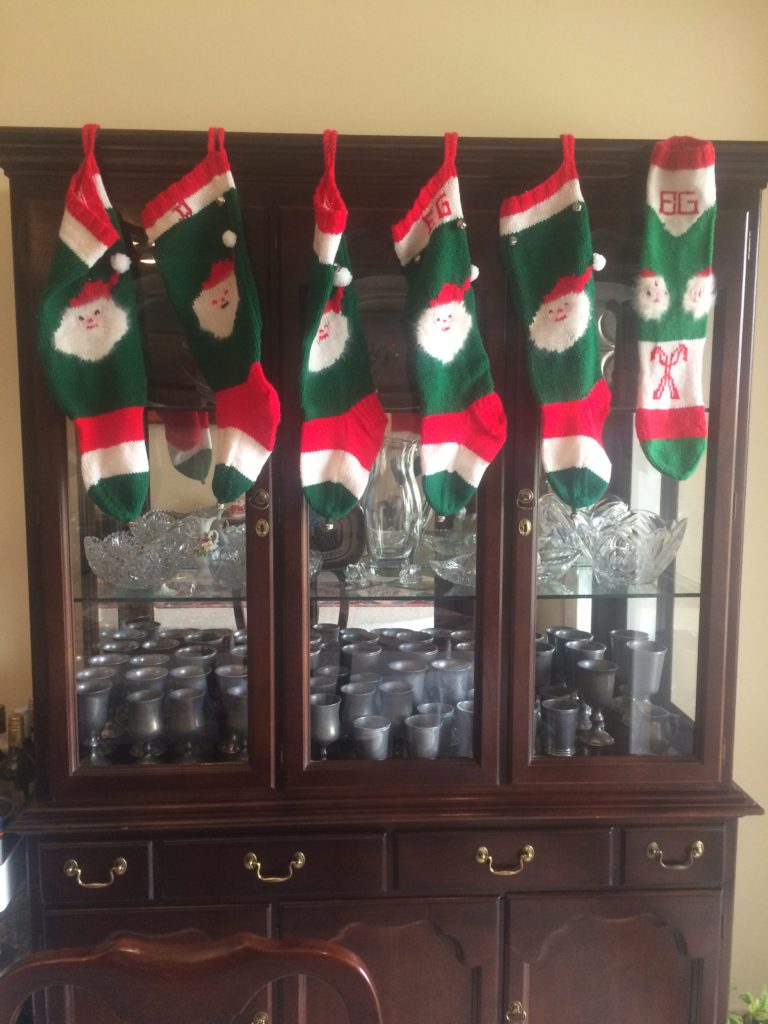 The stockings were hung from the china hutch with care, owing to the fact that we don’t have a chimney.  If Santa can get past our security system then our lack of a chimney surely won’t cause him any trouble. 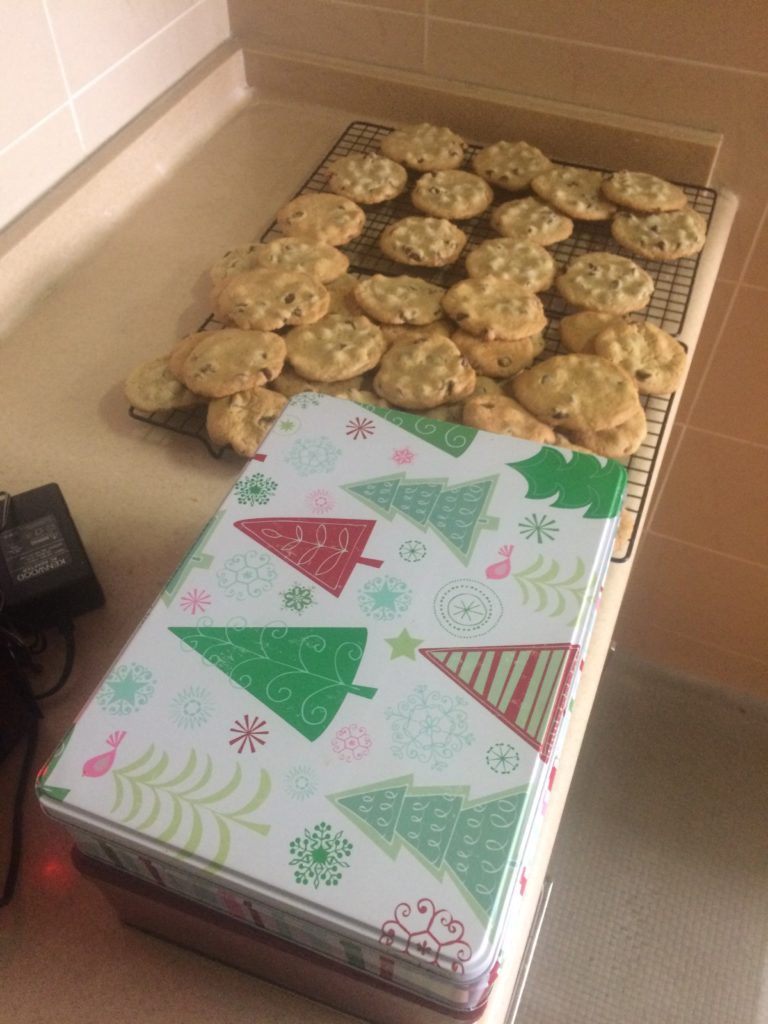 Christmas eve included a lot of traditional activities.  We made our old stand-bys, chocolate chip cookies, ginger snaps, and chocolate crinkles, and Dy and Dannica made english toffee. 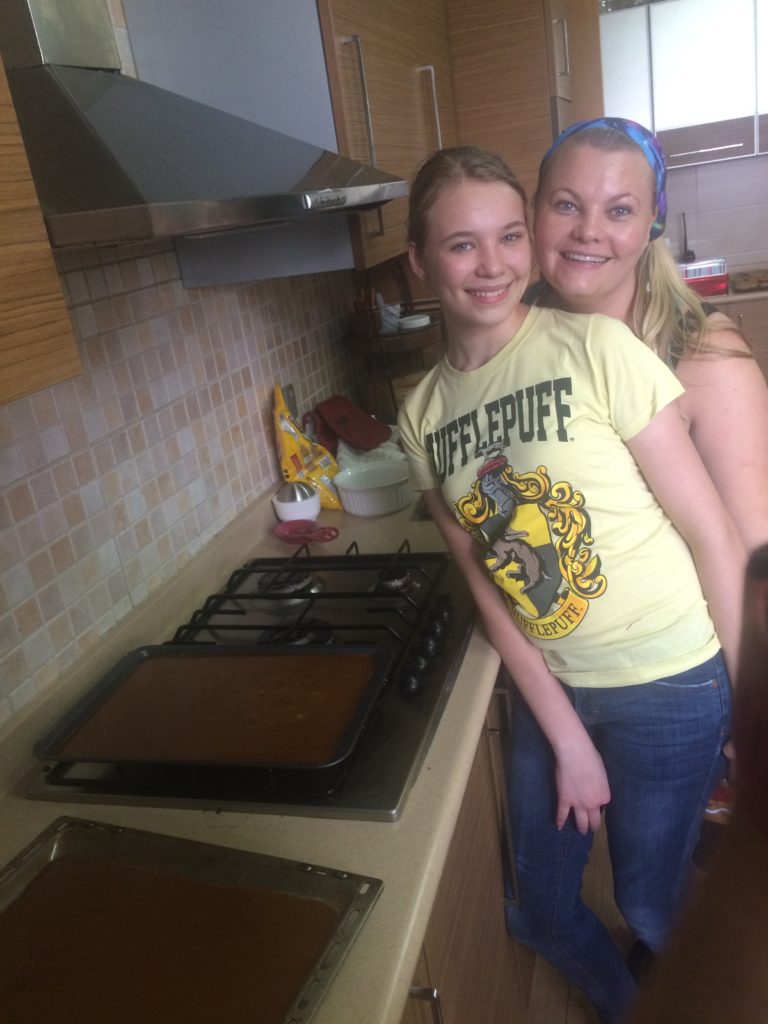 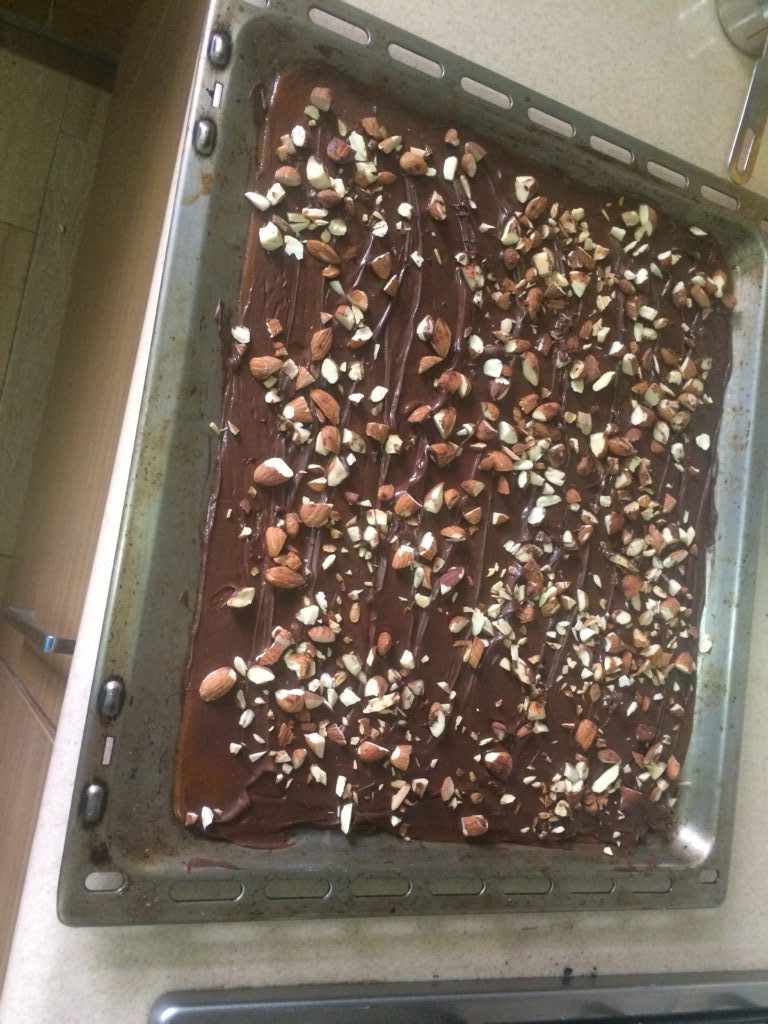 My grandmother always used to make a Christmas-tree shaped sweetbread for Christmas morning breakfast, and then my mother after her.  The last few years I’ve made it at our house.  The thing that sets it apart from other rolls is that the recipe includes candied fruit, as in the kind usually used to make fruitcake.  We looked at all of the 6 grocery stores we typically shop at here in Lagos, and while we were able to find some fruitcakes, we could not find the fruit anywhere.  Thus, I set myself the challenge of making candied citrus rind on Christmas eve. 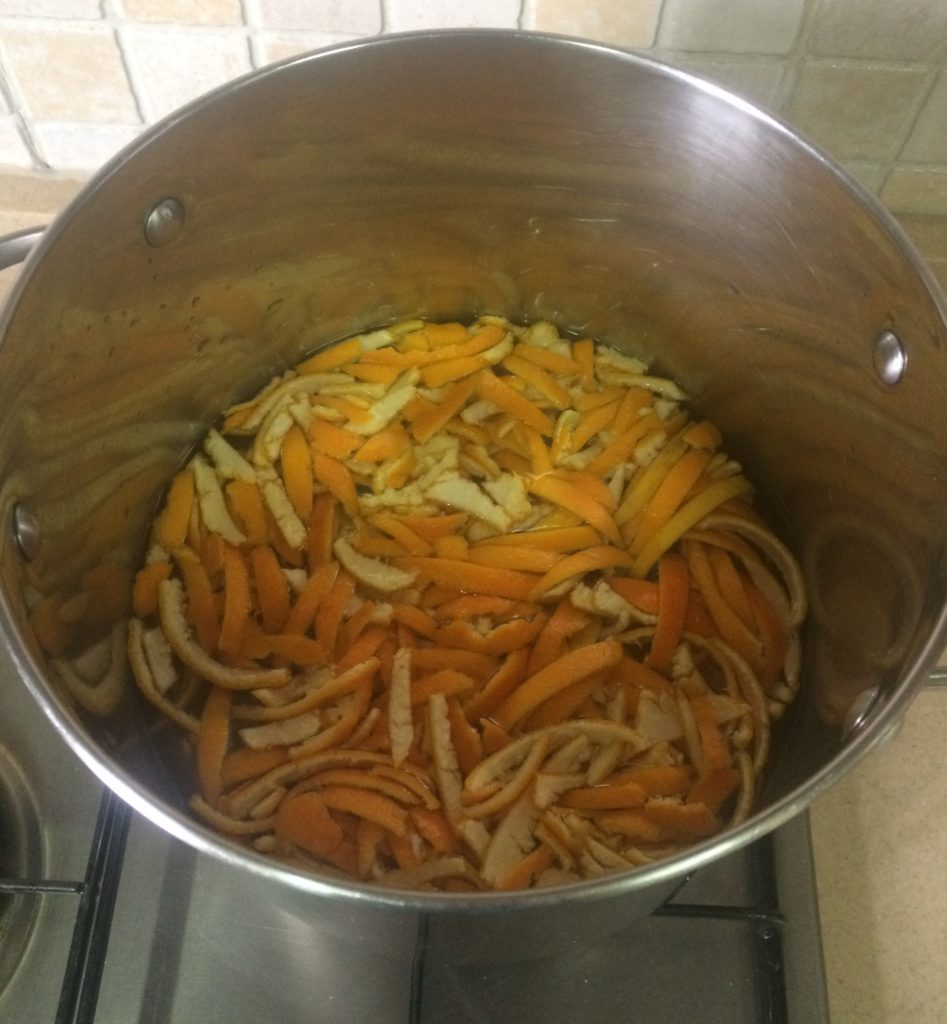 It was a lengthy process!  This was the first of three blanchings to cut down on the bitterness and prepare the pith to absorb the sugar from the syrup bath which would follow.  The cooking gas here is different than the cooking gas back in the US.  We end up with a lot more soot on the outside of our pots, and the temperature seems to vary widely.  Either it takes forever for the water to boil, or we are burning things.  I was supposed to keep the syrup at a very low simmer for an hour.  This required me to turn on and off the heat every couple minutes.  In the end, it was worth it though! 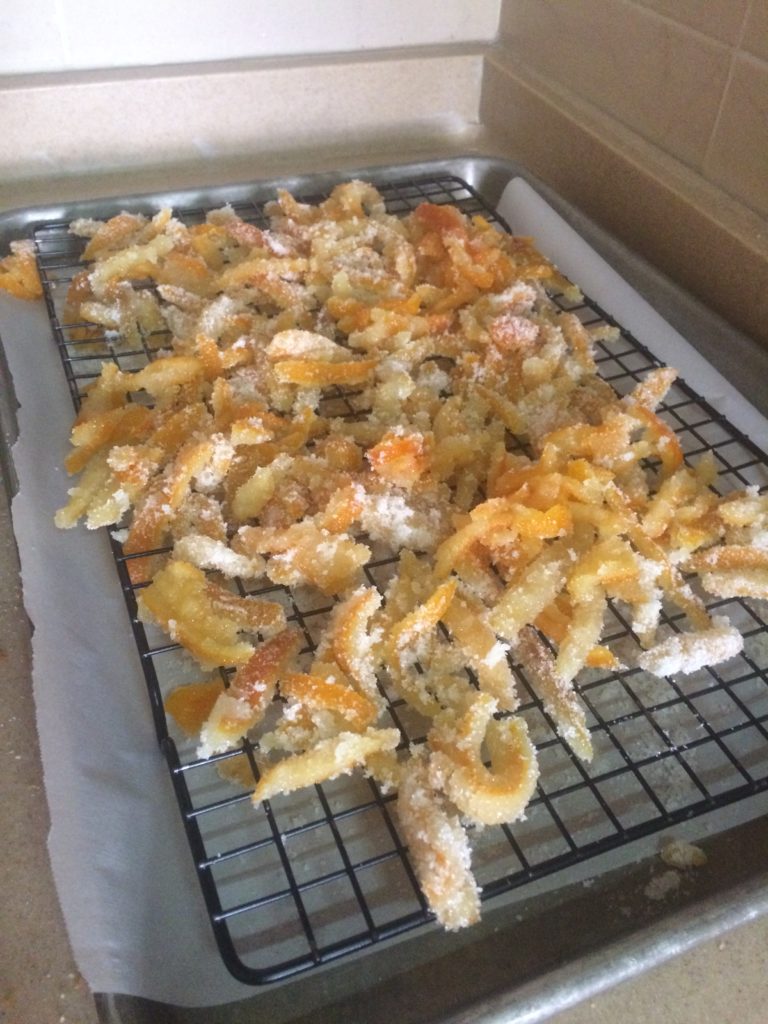 We ended up with a LOT of candied citrus peel.  We gave some away to friends, along with cookies and toffee, and of course, I was able to make the Christmas Tree bread. 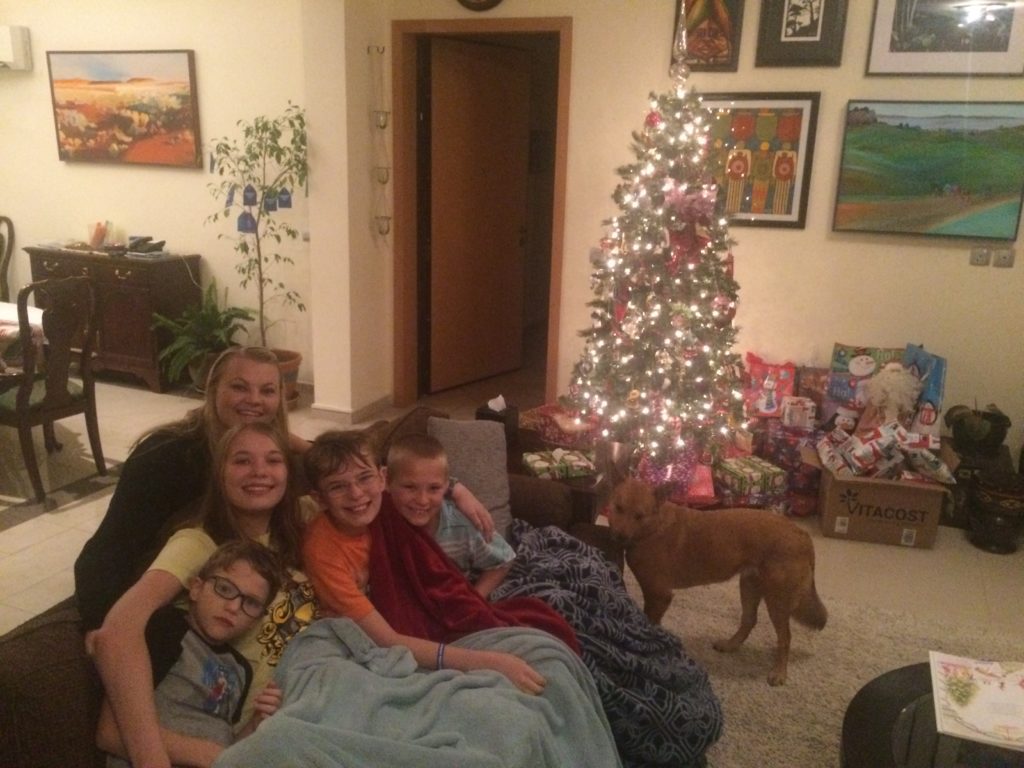 Who are we to waste a beautiful day?
This morning it was back to tradition. 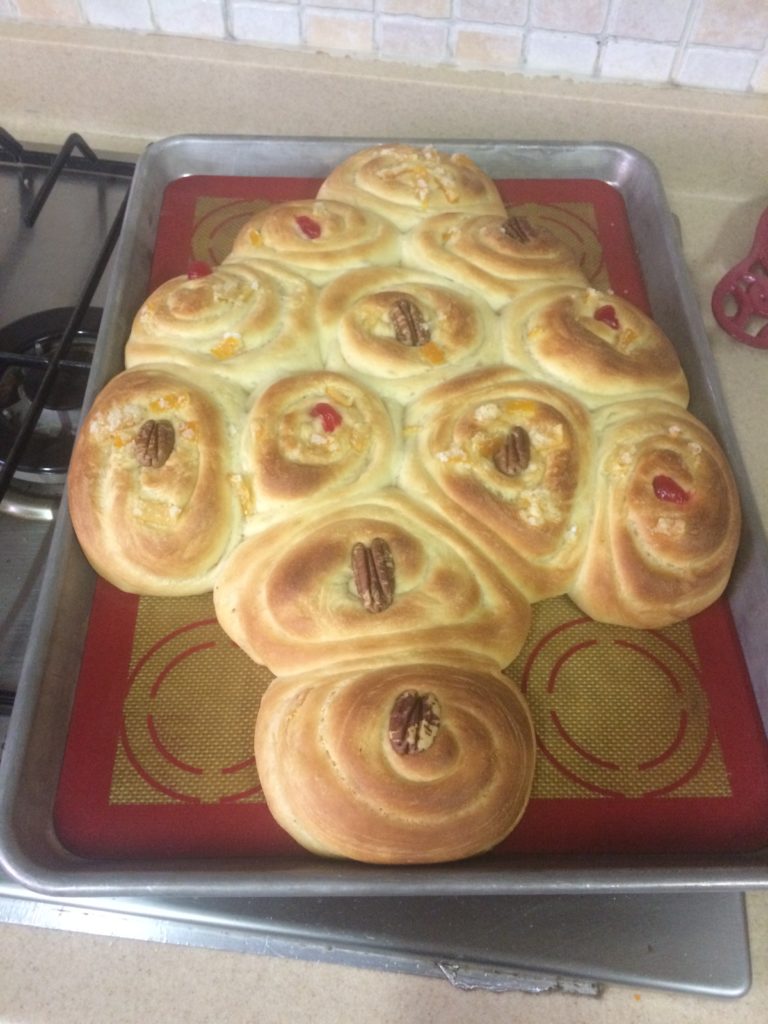 Here is the bread after coming out of the oven, before icing.  We ate on my Christmas china.  It used to be my grandmonther’s and I absolutely love it. 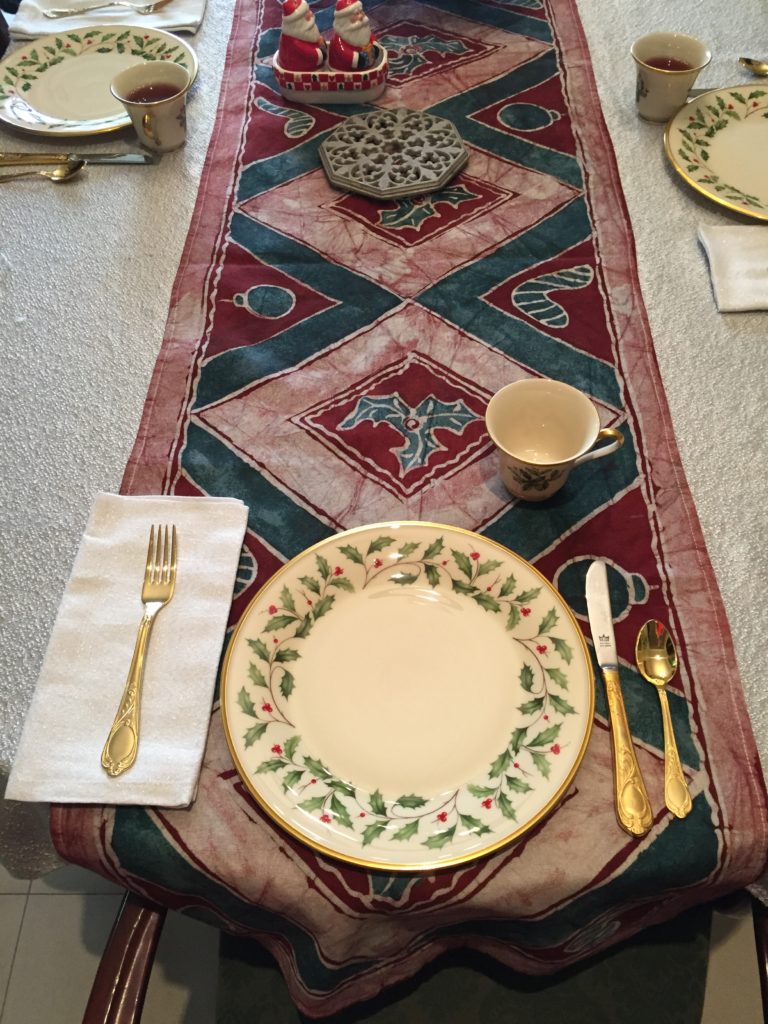 This table setting is a true fusion. My grandmother’s Christmas china, Dy’s-might as well be her mother- friend Brenda’s  goldware, and a batik table runner made right here in Lagos 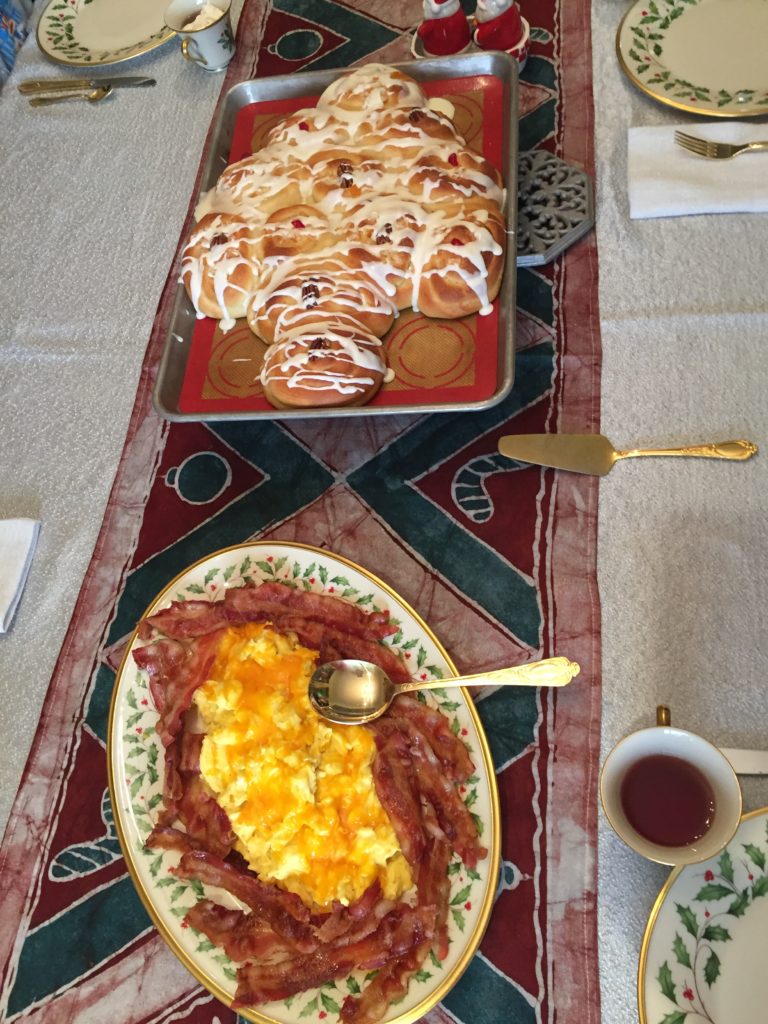 I have to say, the Christmas tree bread tasted even better with the homemade candied citrus peel.  If I happen to see it sitting on a shelf in a store next year, I may still pick it up, because that did take a while, but I’ll have to think about it.

However, before breakfast there was one more surprise for the kids.  We’ve been secretly planning a trip.  We were initially planning to go to the neighboring country of Benin, but had trouble finding a hotel.  I exchanged emails in french several times with a few different hotels and got nothing better than a wait list, so we decided to go somewhere else.  Incidentally, we heard back from both hotels the next day that they did have room for us after all, but their loss!  We’ll go there sometime this spring most likely.  However, we kept telling the kids that we would go to Benin.  This morning, Dy hid tiles spelling out our true destination around our housing compound and wrote up a set of scavenger hunt clues for the kids.  She got pulled aside by security when they noticed her suspicious activity but once they were filled in on the surprise they played right along. We just told the kids we had 1 more surprise which they had to find the clues to. 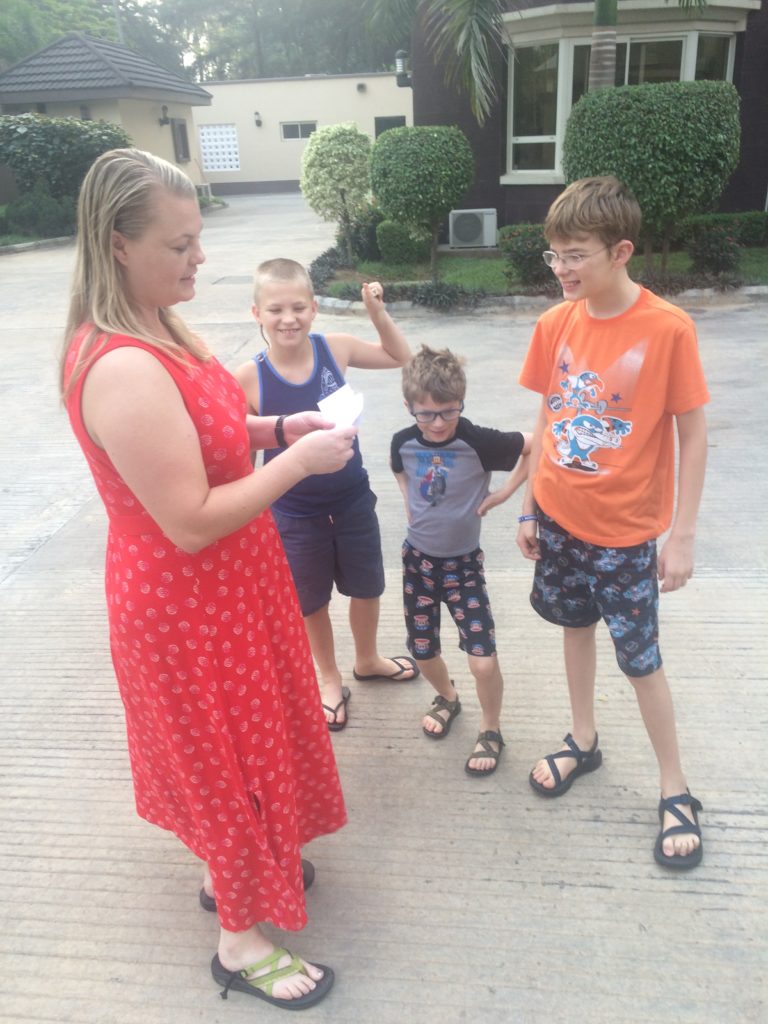 I promise Dannica was there and playing along but she did the whole ” I just rolled out of bed so don’t take my picture and don’t expect me to walk quickly” teenager thing.

“Ok, that’s all the letters, figure out what they spell to see what the last surprise is.” 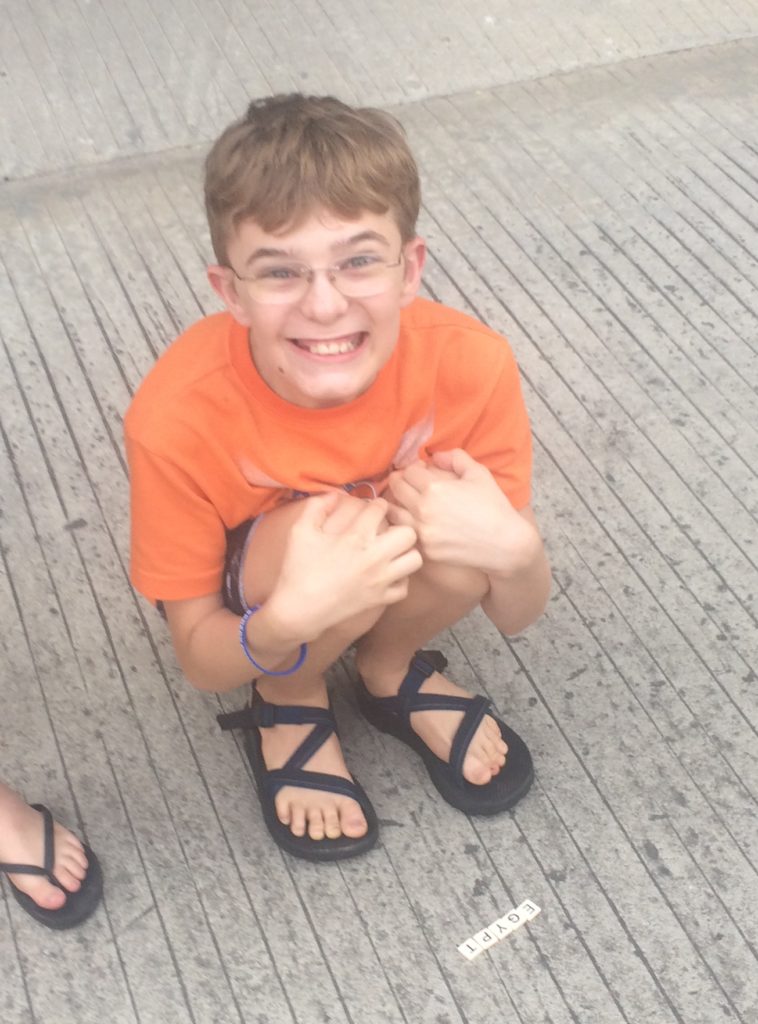 When asked what he wants to do when he grows up, Harrison has said “be an Egyptologist” for the last 5 years or so. He is SO excited!

This was the first time we’ve ever celebrated Christmas with just our nuclear family.  We’ve always either gone to visit family or had family come to visit us for the celebration. We were able to video-chat with family and friends back home, and I guess that will have to be enough for this year.  We’re looking forward to exploring Egypt, and we’re looking forward to a visit back home next summer.  It was wonderful to spend Christmas with my family, and I get another day off for Boxing Day tomorrow.  I guess I need to figure out what boxing day is.