Most Wednesday evenings you’ll find me at the Kingfisher Club, operated by the British Deputy High Commission in Lagos, playing darts.  It’s great fun.  We get a fairly large turnout most weeks, expats from around the globe.  Most of the time, my performance is fairly lousy, notable mostly for when I somehow manage to stick 1 dart into the end of another dart I’ve already thrown (seriously, I’ve somehow done this twice).  Last night, I was on my A-game apparently.  During this round of Mickey Mouse (known as Cricket in some circles), despite my team losing the round 351 to 284, I managed to throw a total of 10 bull’s eyes! 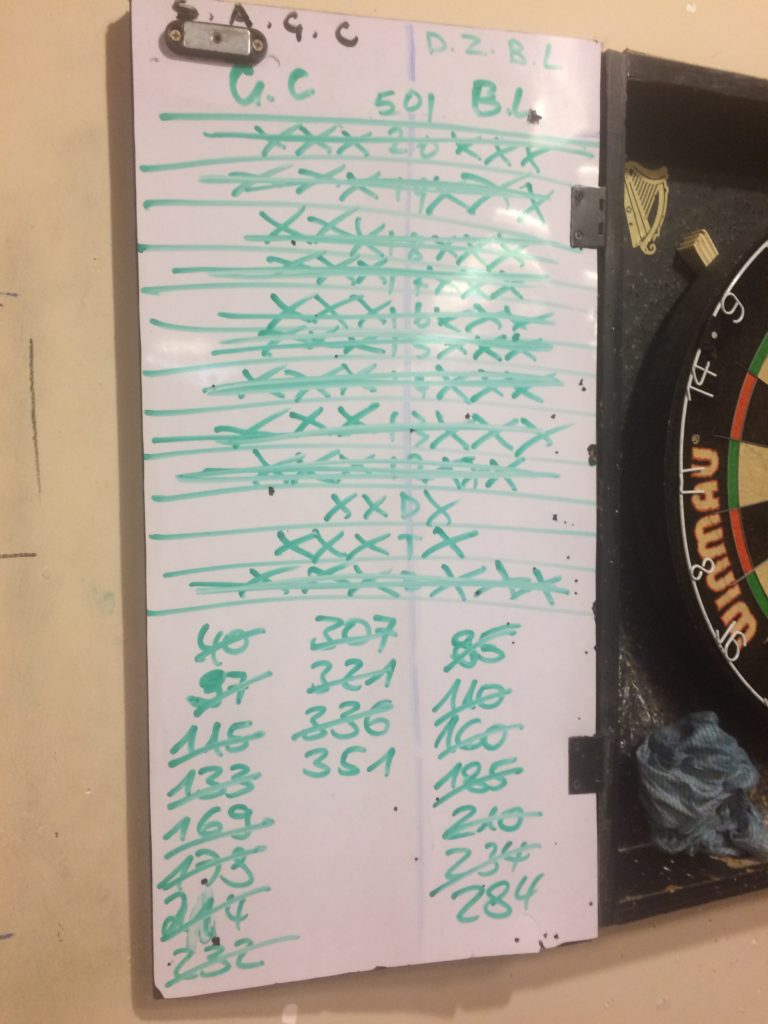