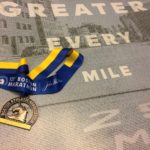 Ever since I started running races I’ve wanted to run the Boston Marathon.  I’ve been fortunate enough to run 2 BQ marathons, and this year, I was registered, and I hoped to finally make it to Hopkinton.  With the new job, however, I’d been told that time off was not likely to be available during training, and Boston is always on the 3rd Monday in April, so I’d need a day off to do it.  I mentioned it to my CDO when I met with her to talk about the possible posts I might be assigned to, and when I opened my folder with my onward training schedule on flag day, she had included a note that she had gotten permission for me to miss 1 day of class so that I could go! 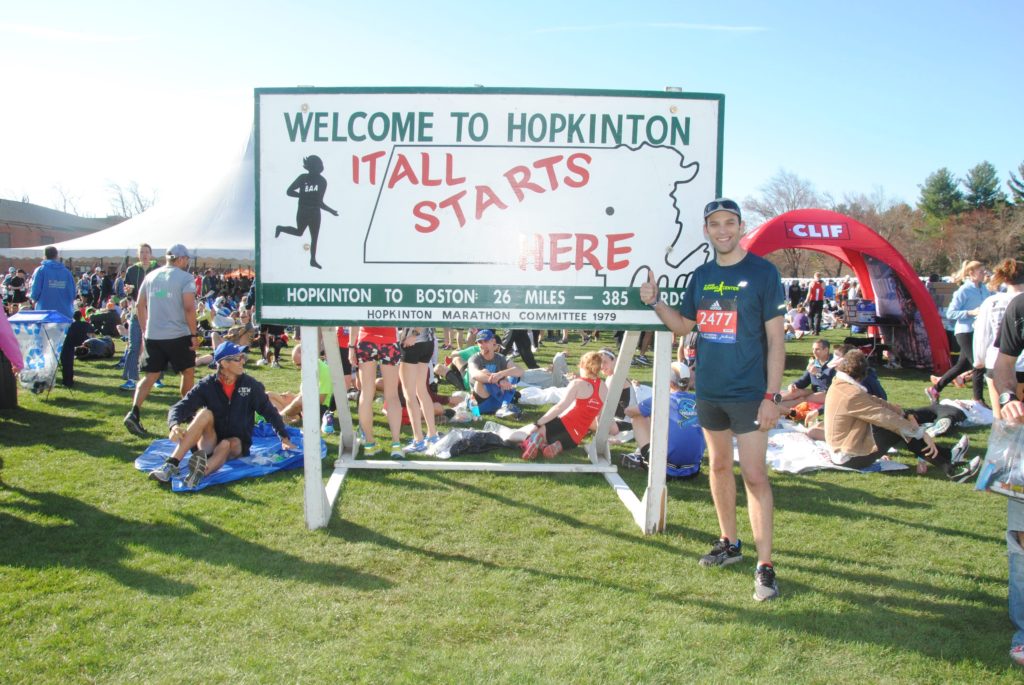 I was actually signed up last year as well, but due to an injury I cancelled the trip.  I’ve still been dealing with that injury for over a year now, and haven’t been training, so I knew it was going to be a long day, but I also didn’t want to pass up the opportunity, since who knows if/when I’ll be able to qualify again.  There were multiple moments throughout the weekend when I was overwhelmed with emotion and gratitude to finally be there! 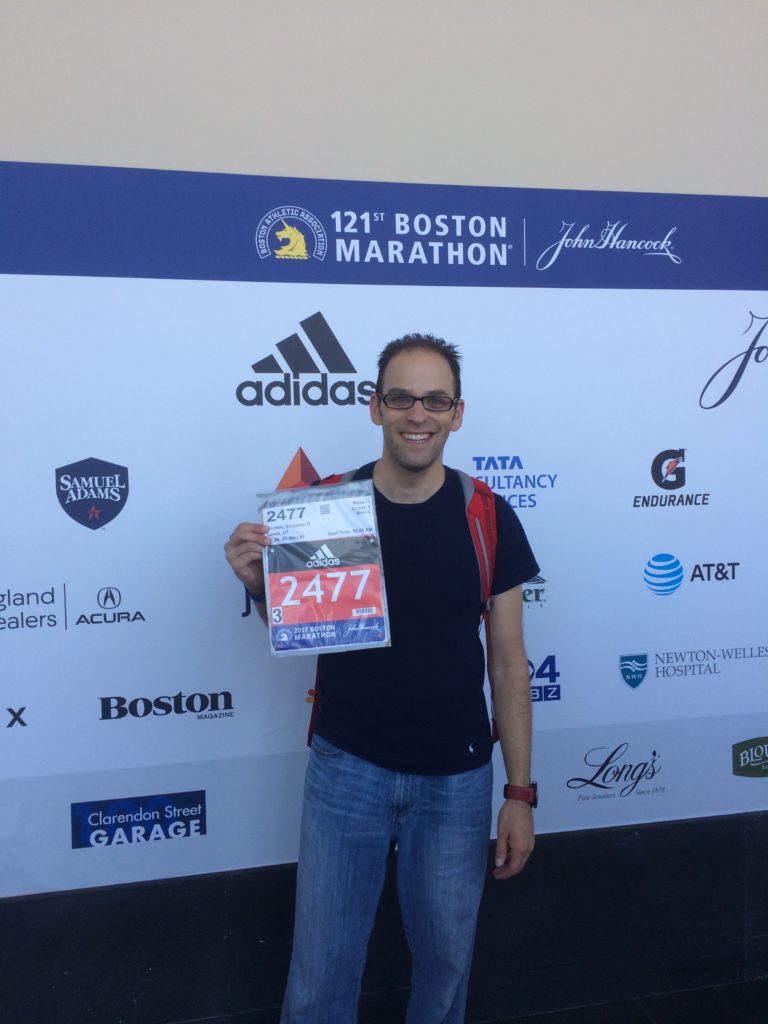 First of many emotional moments. 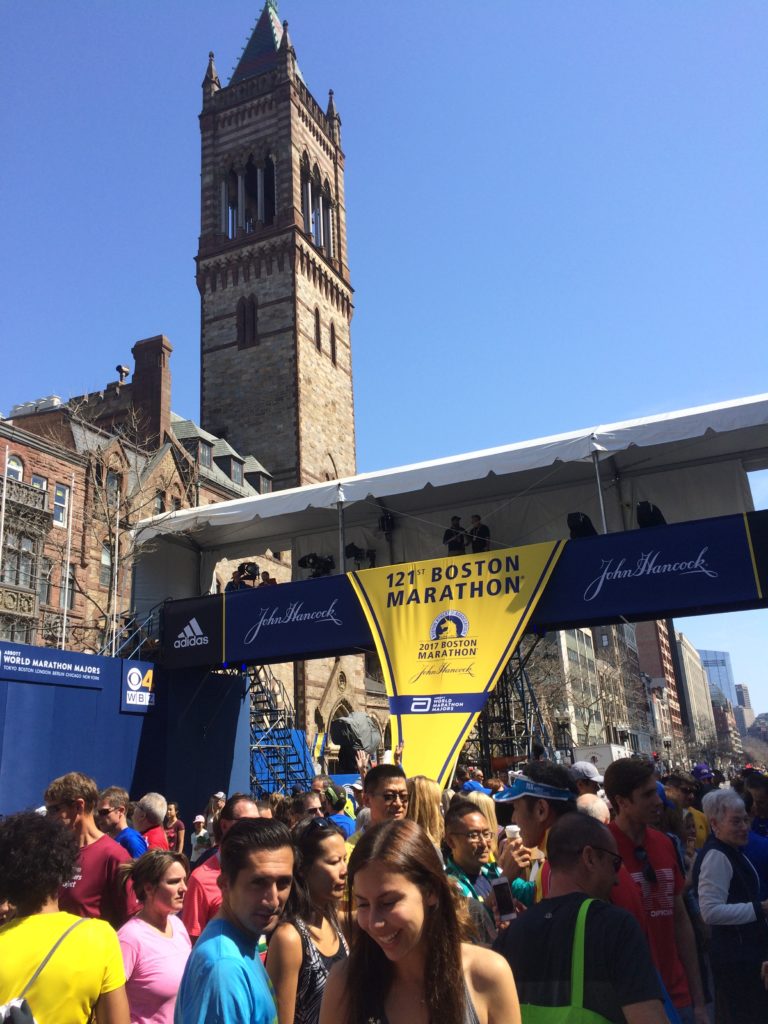 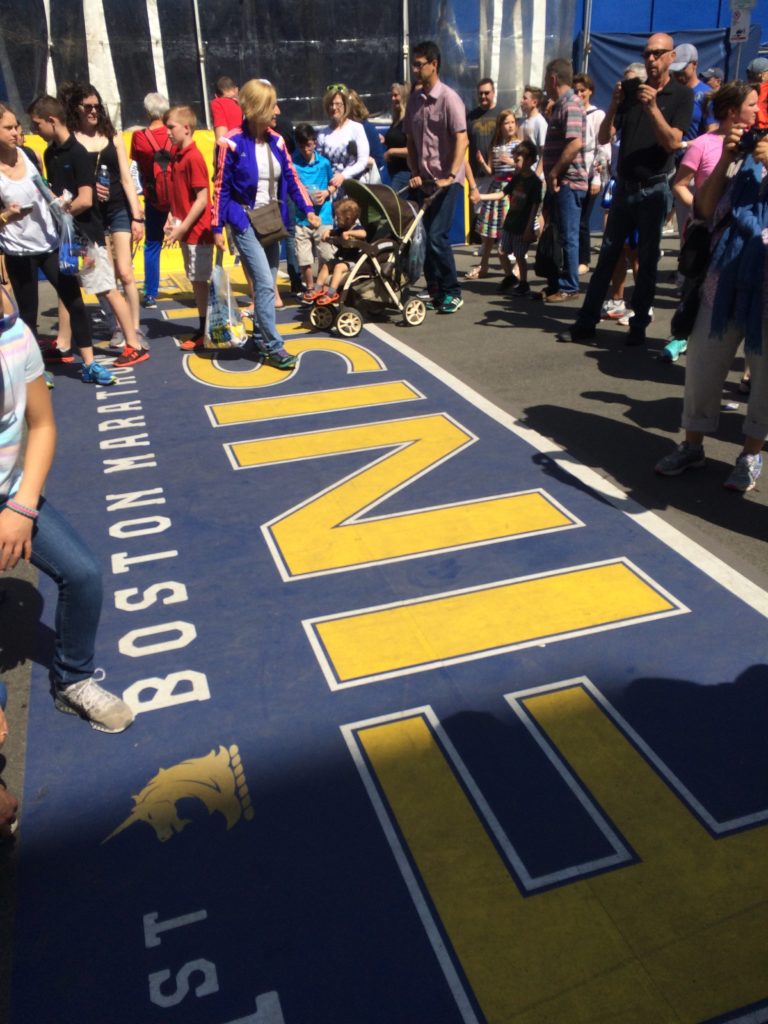 I qualified most recently at the 2015 St. George Marathon, with a 2:56.  I knew I wasn’t going to be able to run anywhere near that, but I simply set a goal of finishing (and I wanted to be under 5 hours, but mostly to finish).   I started at the back of the first wave, and it took almost 5 minutes for me to get to the start line.  As I approached it, I remember turning to the guy next to me and saying, “holy crap, I can’t believe I’m actually here!”  The next 26.2 miles were an unforgetable experience.  The crowds were enormous and energetic, the whole way.  It was so cool to pass all of the landmarks I had read about and dreamed about for the last 5 years or so. 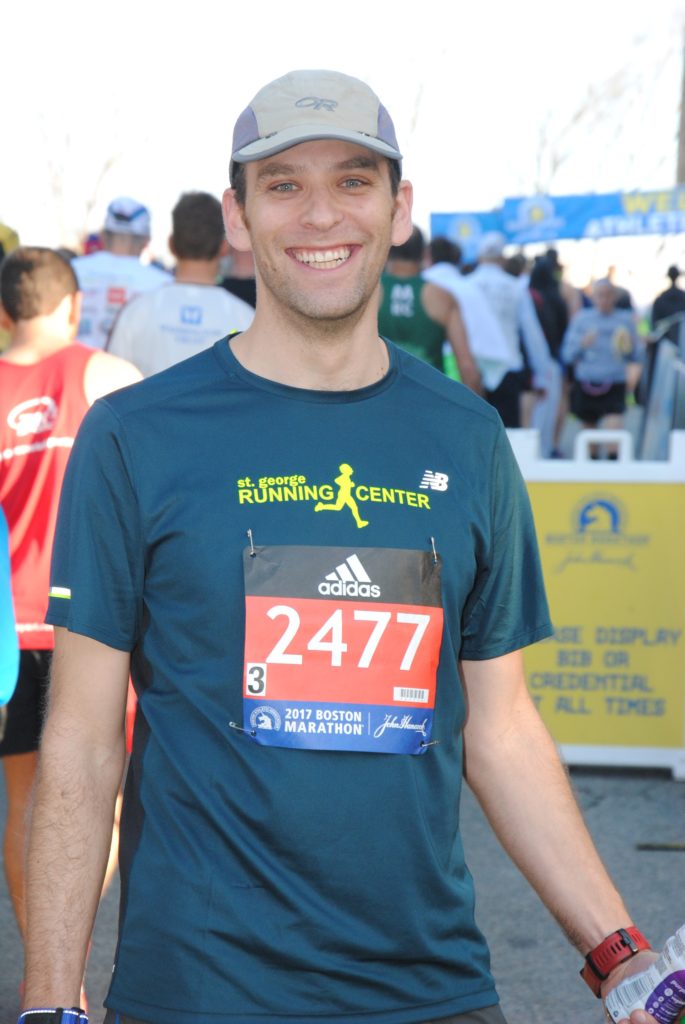 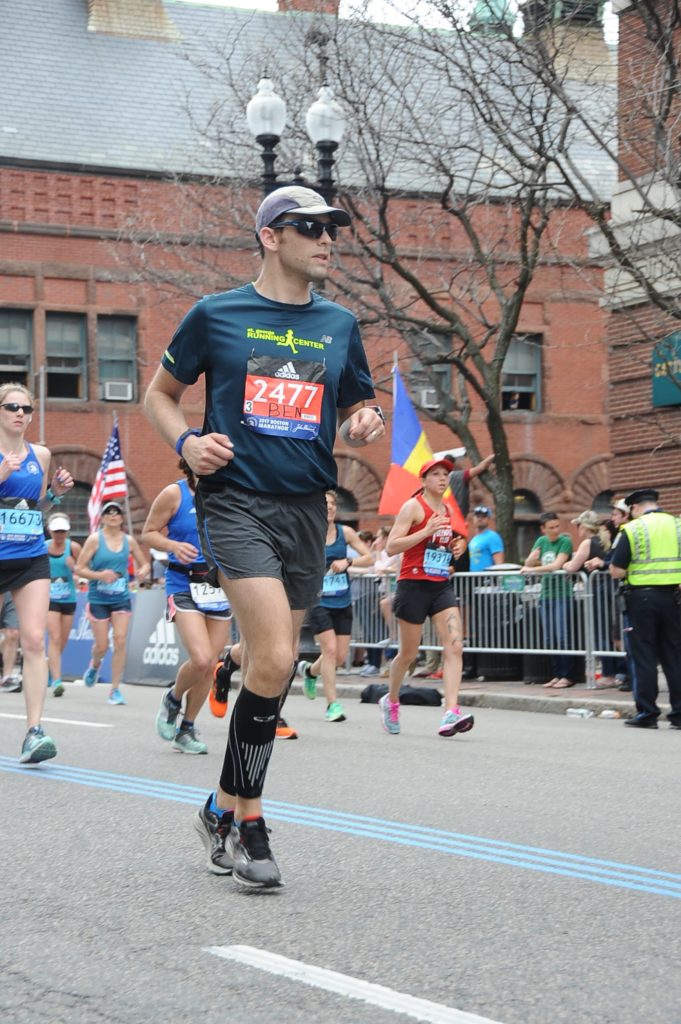 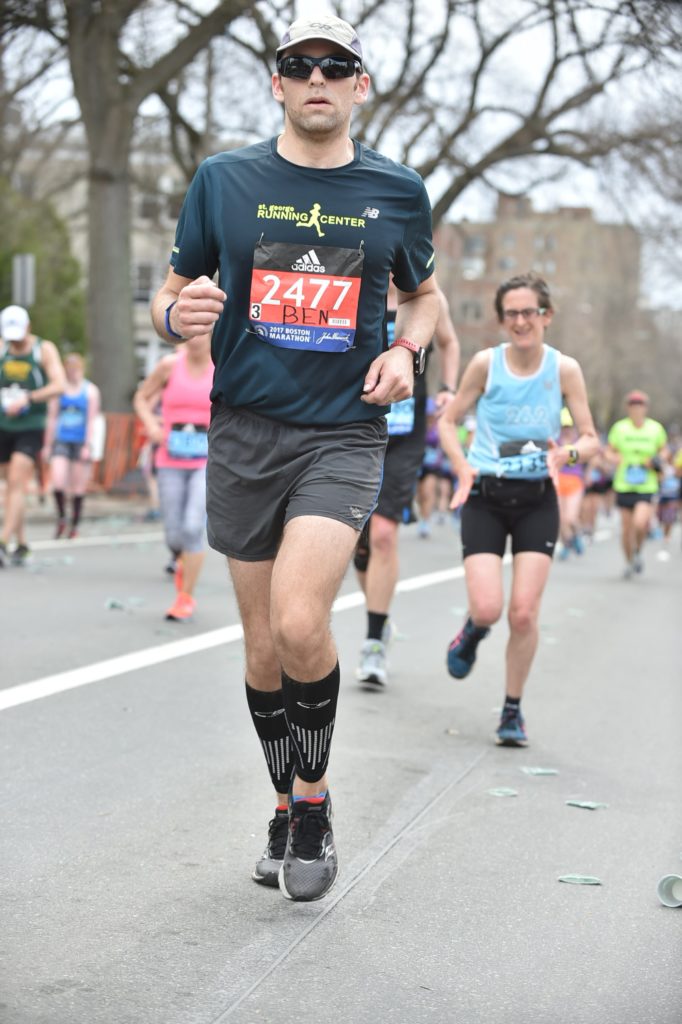 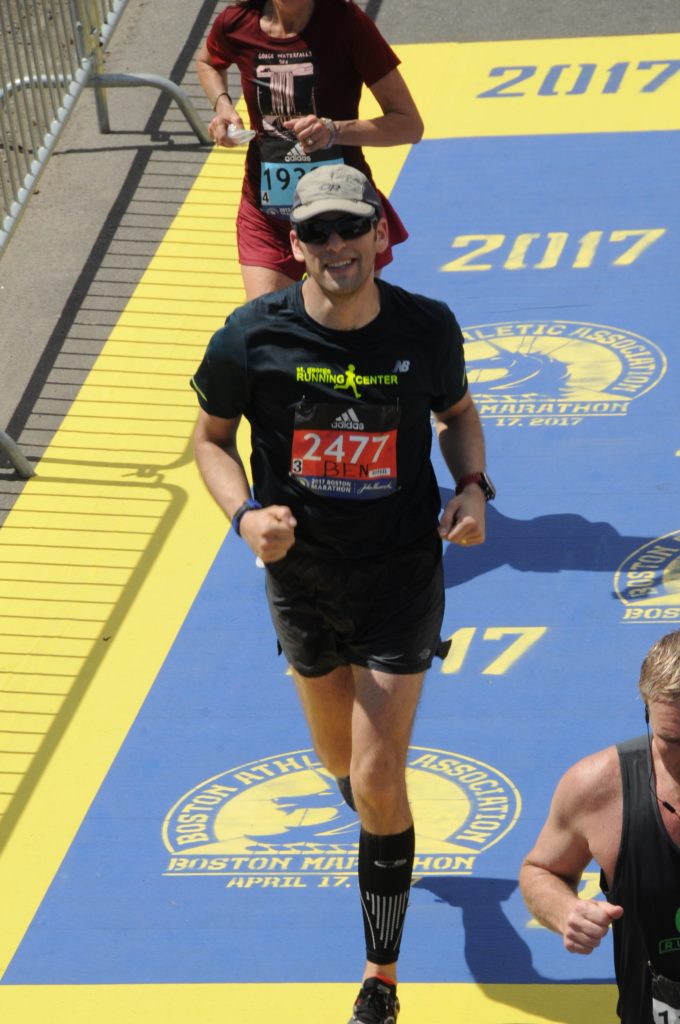 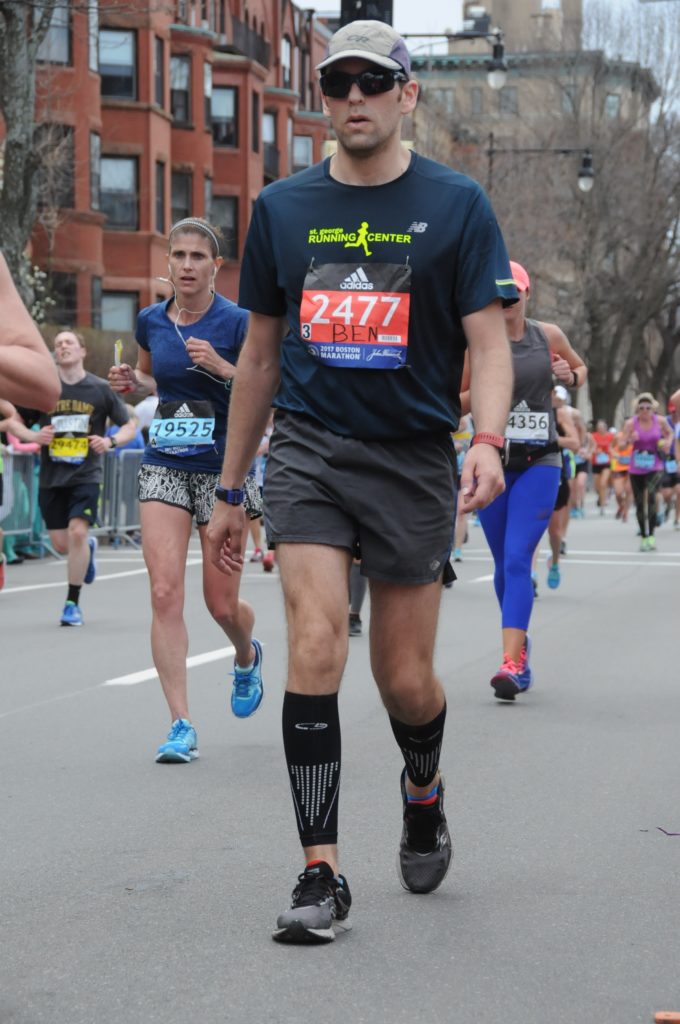 Yeah, there was a lot of walking too. 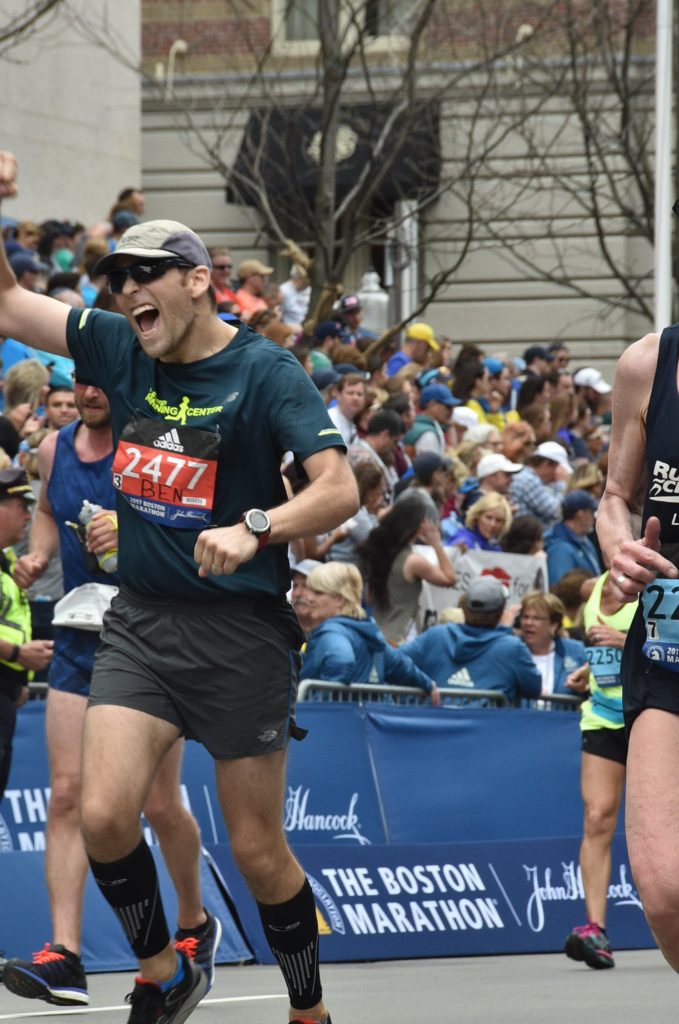 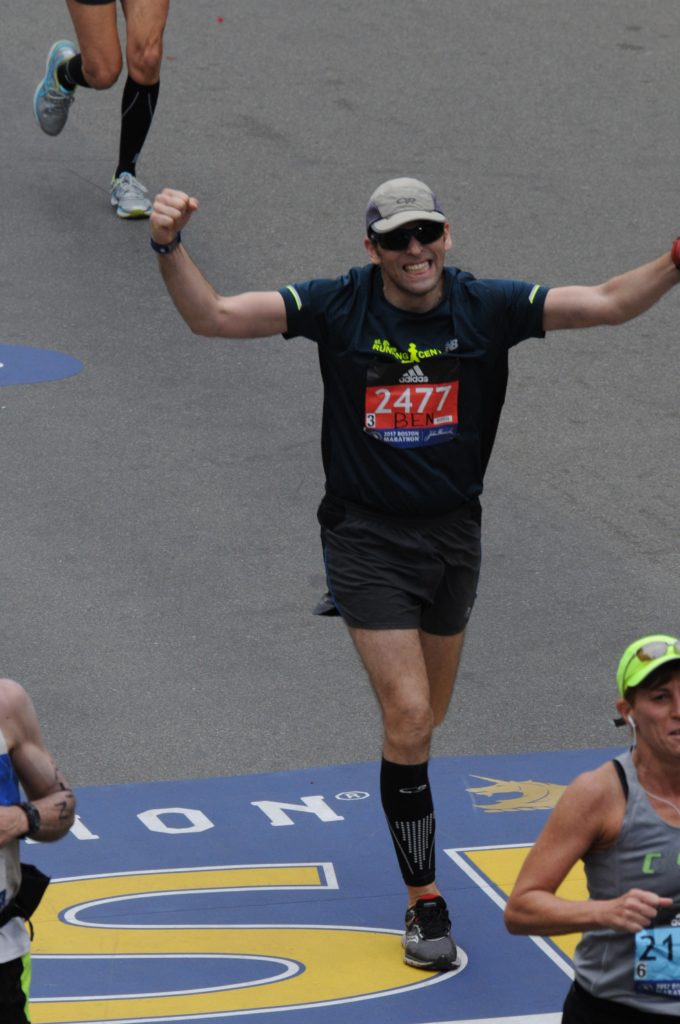 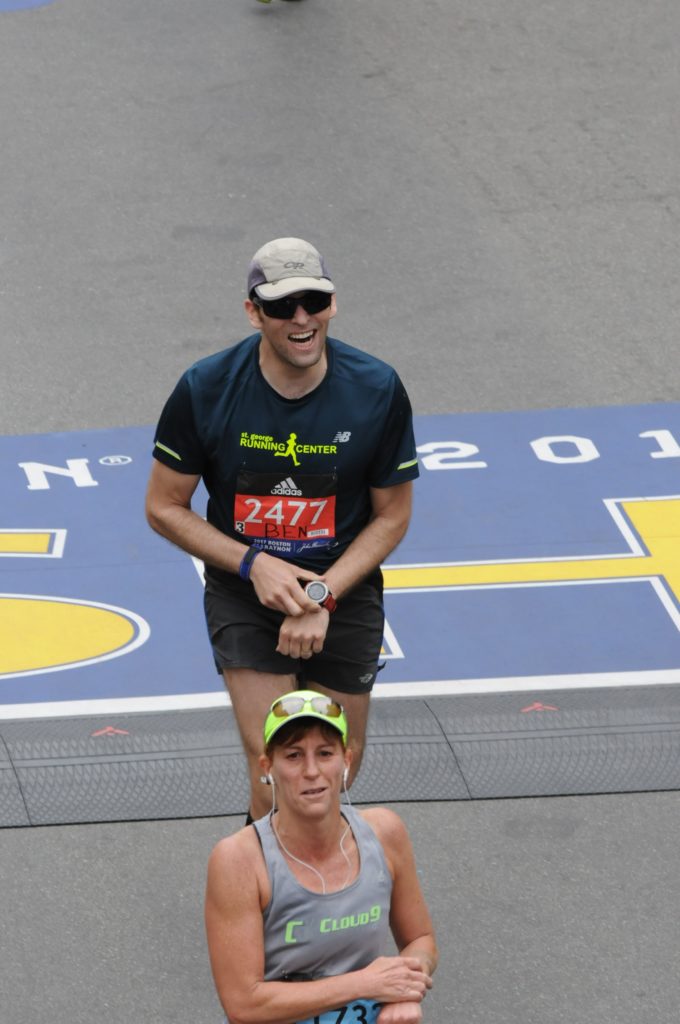 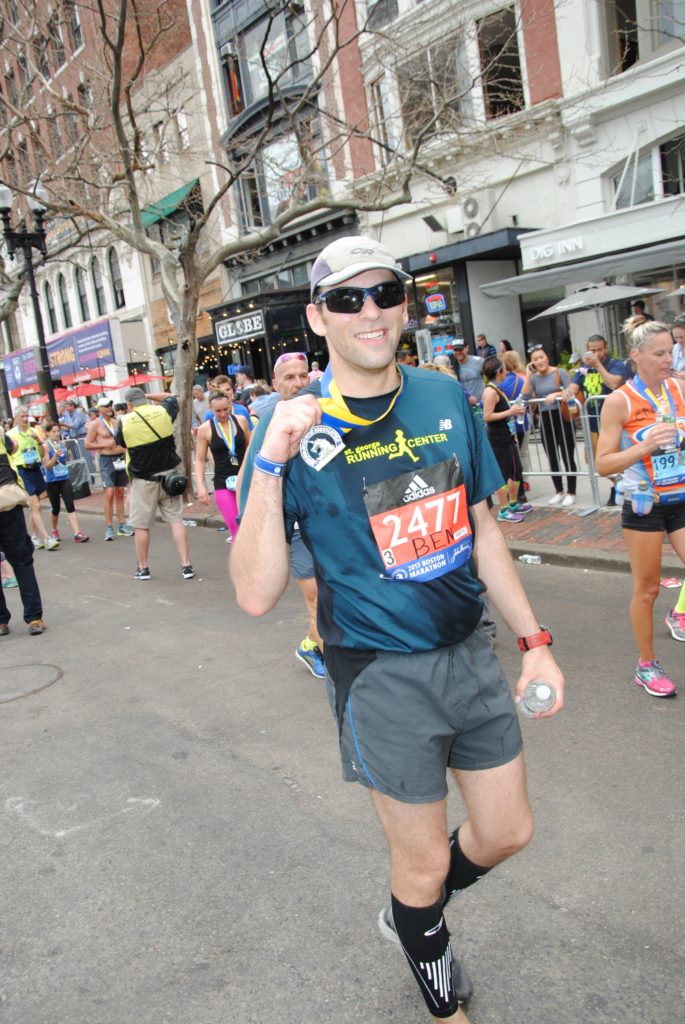 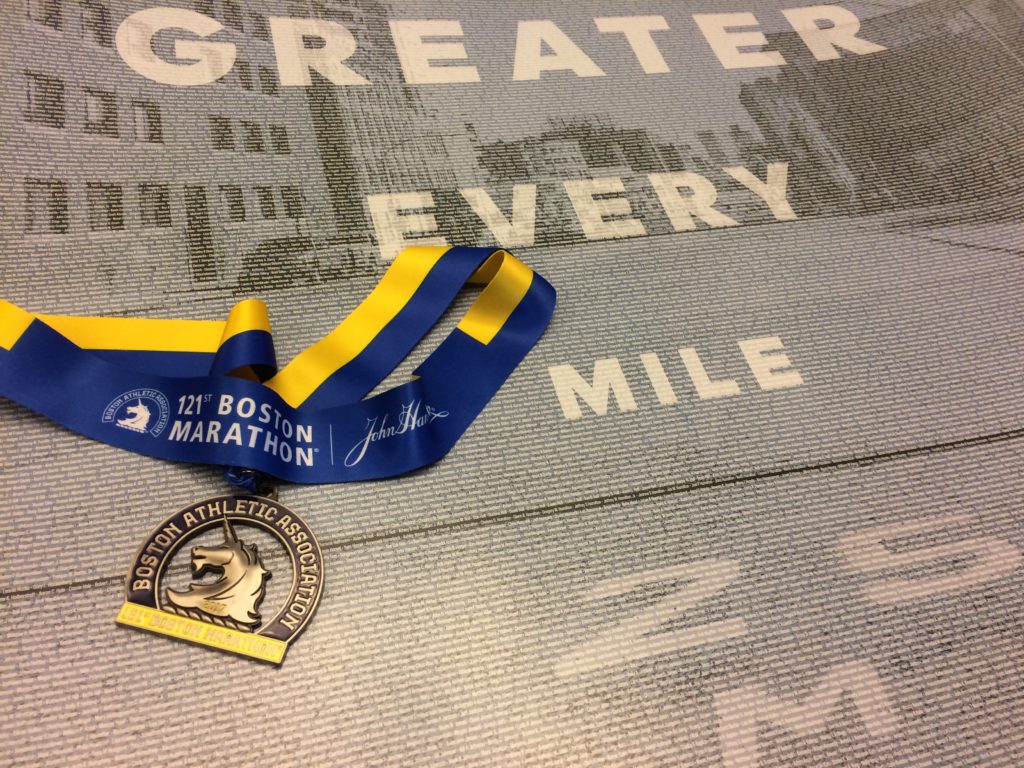 What an experience.  Boston was everything I hoped it would be.