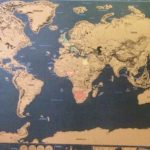 The list of openings which we could “bid” on started at 222 possibilities.  We were subject to a few limitations on that list.

The first two rules left me with about 110 possible  positions around the world.  We then spent much of our free time in the last two weeks reading up on posts, reaching out to people we know or to the fabulous Community Liaison Officers at posts, and otherwise researching, to try to find the places which will best fit our family’s needs and desires.  We focused on places which will allow us to be out and about more than we can in Lagos, places with large American International Schools, so the kids can hopefully have a good pool of possible friends, and places with good timing for us (scheduled departure date, training, and arrival date that will minimize the interruption to our kids’ school years).

Today we turned in our list of preferred posts.  Our bidlist by the numbers:

We bid on jobs in 4 different geographic bureaus.

We bid on jobs on 3 continents

We bid on jobs which would require me to learn one of 5 languages.

We bid on 10 2 year consular jobs and 2 rotations

Most importantly, we bid on 12 jobs in places we think we would enjoy living, with good, large schools, and interesting domestic or regional travel and recreation opportunities.  Once again it is time to hurry up and wait.  We should know how long we’ll be in DC, and where we’ll be moving in 2020, in about 2 weeks.  We look forward to scratching off another country on our cool scratch-off map!

A few funny things about this map.  We’ve actually visited a few more countries than are currently scratched off.  We recently got several pieces of artwork, including this map, framed.  The guy mostly did a nice job.  However, he seems to have backed this map with corrugated cardboard or foamboard.  The trouble with that is, we just get a corrugated impression and a mess when we try to scratch things off of it.  We’ve ordered a new map and we’ll start over when it gets here.  Dannica was in Spain and France earlier this year, and Harrison just got back from Norway, but neither of us went along, so they don’t count.  It’s funny that we both grew up in the southwest, heck most of my highschool went to Rocky Point every year for spring break, but neither of us has been to Mexico yet.  Someday.