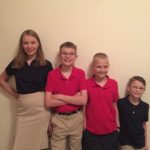 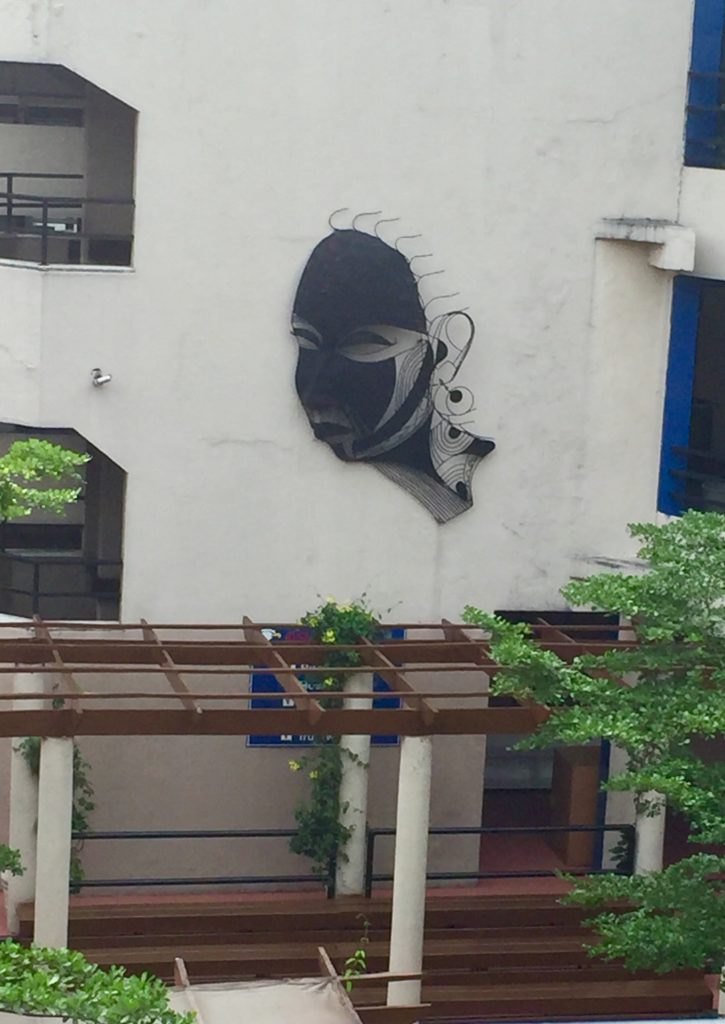 Iron artwork at the kids school 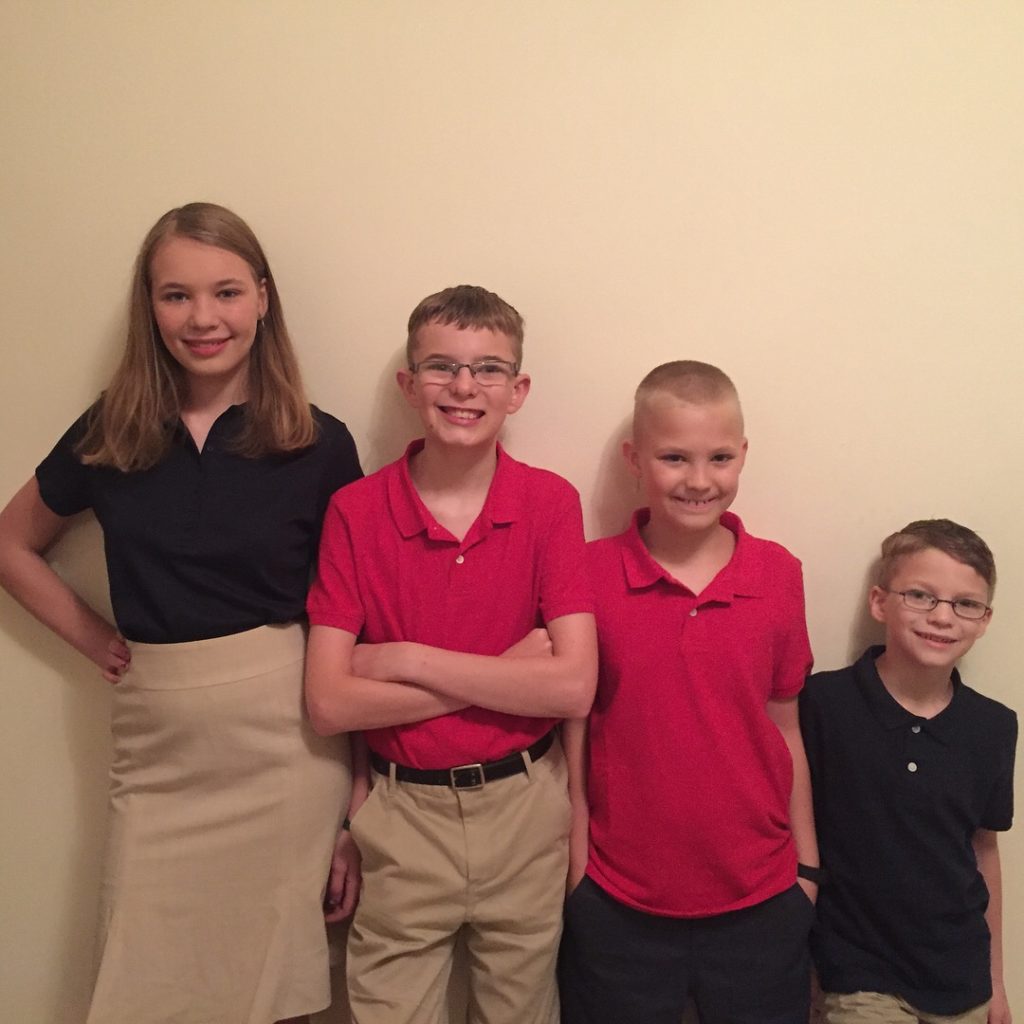 Every year the month of August is torture for me. It is a month of stress, decisions, second guessing and guilt ridden parenting. I have made it my life goal to never make decisions based on fear or guilt. Although both are wonderful motivators, decisions motivated by these emotions almost never lead to true joy. I also, especially in regards to parenting, never wanted to make a decision by default. Are all the other parents are doing it? Ok but why? What other options are there? Everything must be an active choice. While this may have been the more difficult way to parent with so many choices-childbirth, infant feeding, circumcision, immunizations, children’s toys and entertainment, food etc,- I feel like it helped me to be an active participant in my children’s lives rather that sitting on the sidelines with decisions made by others or societal norms. In general I feel like I have implemented these decision making compasses well in regards to my child rearing. I always walked to the beat of my own drum. Every year however, my children’s schooling had the ability to send me spiraling down that deep, dark, rabbit hole of fear, guilt, and societal pressures.

I get terrible spring fever. After my first year of college, aheem my only poor grades in all of college, I learned that it is nearly impossible to keep me indoors after a long cold winter. I began taking a full load of classes every summer so that I could take spring semester off. Needless to say I did not outgrow this trait. Like clockwork every March I would begin feeling unsatisfied with what ever schooling option we had chosen for the kids that year. The truancy notices started coming from the school when I kept the kids homes so we could go camping or on vacations. With homeschooling I was just done by spring. Ready to spend our time outside at the lake or in the garden. I would follow my yearning leaving years of partially finished notebooks and 2/3rds done curriculum in my wake. I would almost always decide that I was going to do the opposite schooling option in the fall. If they were home I wanted to send them to school. If they were at public school I wanted them home. Come August when I actually had to make the decisions and I was always a mess. August, my nemesis. This August was still difficult but the decision regarding my children’s schooling was much more clear.

But the things that most guided my original decision to home school are in the following two paragraphs.

When Dannica was a baby my best friend and I would walk her for two hours every morning. She seemed unusually active and engaged with the world and having her outside exposed to new places and things was one of the only ways to keep her content. I remember a conversation Rae and I had one morning where we were talking of child spacing and education. My recently finished degree was in psychology and I spent a semester working at a local Montessori school doing child development observation. I had read a study that stated that Utah was often in the bottom three states for their lack of money spent on their public education students. Shockingly the state testing didn’t show what was expected. Utah students tested average to above average. The researchers had concluded that it was having so many stay at home mothers that made the difference. They were home to read and do homework with their children and fill in the gaps that were often left by poor education funding. I remember declaring to my friend “I don’t think I can send my children to public school. If I have to do just as much work every night when they get home to ensure they are getting a quality education I might as well send them to a private school or do it myself. If we space our children 3 years apart the Dannica will be old enough for Montessori by the time the next baby comes.”

Well the next baby came 2 1/2 years later, Ben was in law school and we were in absolutely no position to afford private preschool. There was a state funded Montessori preschool that some of my friends sent their children to but they required busing and I just wasn’t comfortable sending my toddler on a bus every day. This was the beginning of my homeschooling experience. Preschool home school is a piece of cake. Lots of singing, art, and basic number and alphabet work combined with the most important thing, ample time out doors. By the time Dannica was 4 I had had my third child. I enrolled her in a very affordable neighborhood preschool. We could finally afford the $65 a month for class 3 days a week. I had spent my last pregnancy on bed rest and was still recovering from a difficult childbirth. I felt like she just needed to get out and be around other kids. On her last day of preschool I watched their little performance of what they had learned getting ready to go off to Kindergarten and I cried. I knew I couldn’t send her. I would miss her far too much but more than that she was leaps and bounds ahead of her class mates. Her preschool teacher, who had a teaching credential and had taught in the public school system, came up to me after the performance, looked me straight in the eye, and said “Don’t send that child to public school.” Home schooling during the elementary years had begun.

The basic school break down for my oldest is as follows: Home school K-2, Public school 3-4, Home school 5-8. This is 7 years of my life dedicated to educating these children I love.

For the last 3 years she was enrolled in an online school called Williamsburg Academy. It was a wonderful program. She had daily, live, over the internet instruction with a teacher and other students. She would spend about 2 1/2 hours a day in class. Another couple of hours doing homework and then the rest of the time she was free to read, do drama, ballroom dance or travel. It was a great fit for our family and if we chose to go back to homeschooling again this is definitely what I would do for grades 6th and up. Even with this program she was advanced and the school decided to have her skip 8th grade. Skipping a grade was something I had originally fought for when she was in public school. Rather than moving her ahead the school boards decision was that we were to send she and Harrison to a school for the gifted. We would need to drive the 15 miles into town where they would catch a bus then drive an additional 20 miles to the school. I ended up just pulling the kids. It was ridiculous. They should have just moved her ahead.

We decided to enroll her in her correct grade for her age here in Lagos. Many of the American International schools are crazy strict about children being in their own age group. With Ben’s new career change we knew we would be moving every couple of years. If she had gone into 10th grade this year she would have graduated at age 17. If she chose to go to college she would have to move back to the US with the rest of the family living overseas. She will also attend 3 different high schools, four if you count Williamsburg, and we felt giving her an additional year would help with flexibility. We felt like that would be too stressful so as a family we decided that she would be placed back with her original age group.

When we found out we were moving to Lagos one of the first things we did was look into the school options. The State Department pays for private education or boarding school in the countries diplomats live in because the local school systems may not be taught in English or be up to US standards. I many countries this means an American International school. British, French, German and other International Schools are also often options. The American International School of Lagos came highly recommended from many people leaving post. So much so that there were several people who had extended their length of time, at this hardship and hard to fill post, because their children were so happy at school. We saw that as a good sign. I momentarily considered continuing homeschooling while in Nigeria. I loved how adaptable I could be to my children’s educational needs and the freedom we had to travel and be outdoors. The main problem was that we would not have the freedom in Lagos. It is a huge city with out much green space. There are not a lot of things for kids to do and with out attending the American International School my children would be very isolated. We decided that our homeschooling time had come to an end. I felt mostly at peace except that Oliver still really wanted to be at home with me. He would tell anyone who would listen that he wasn’t going to school. That tore at my heart strings a bit but I knew that school was really the only option for him.

The kids are three days into school and they seem very happy over all. The student to teacher ratio is amazing. Dannica has only two student in her French class so she basically has private instruction. Most of her classes have fewer that nine students. Harrison’s classes are similar with four other students in his Spanish class. Roger’s teachers seems to have been custom built for his personality and learning style. He is so happy to be able to play sports with other kids every day. Poor kid being the only sporty person in the family has been difficult for him. Oliver’s teacher actually requested he be added to her class after she met him during a school tour. She said” I love the way he looks at the world, all of the questions that he asks, and how he always has something to say.” To find a teacher ok with Oliver and his constant and adorable chatter was lovely. There are fourteen student in his class with two teachers. 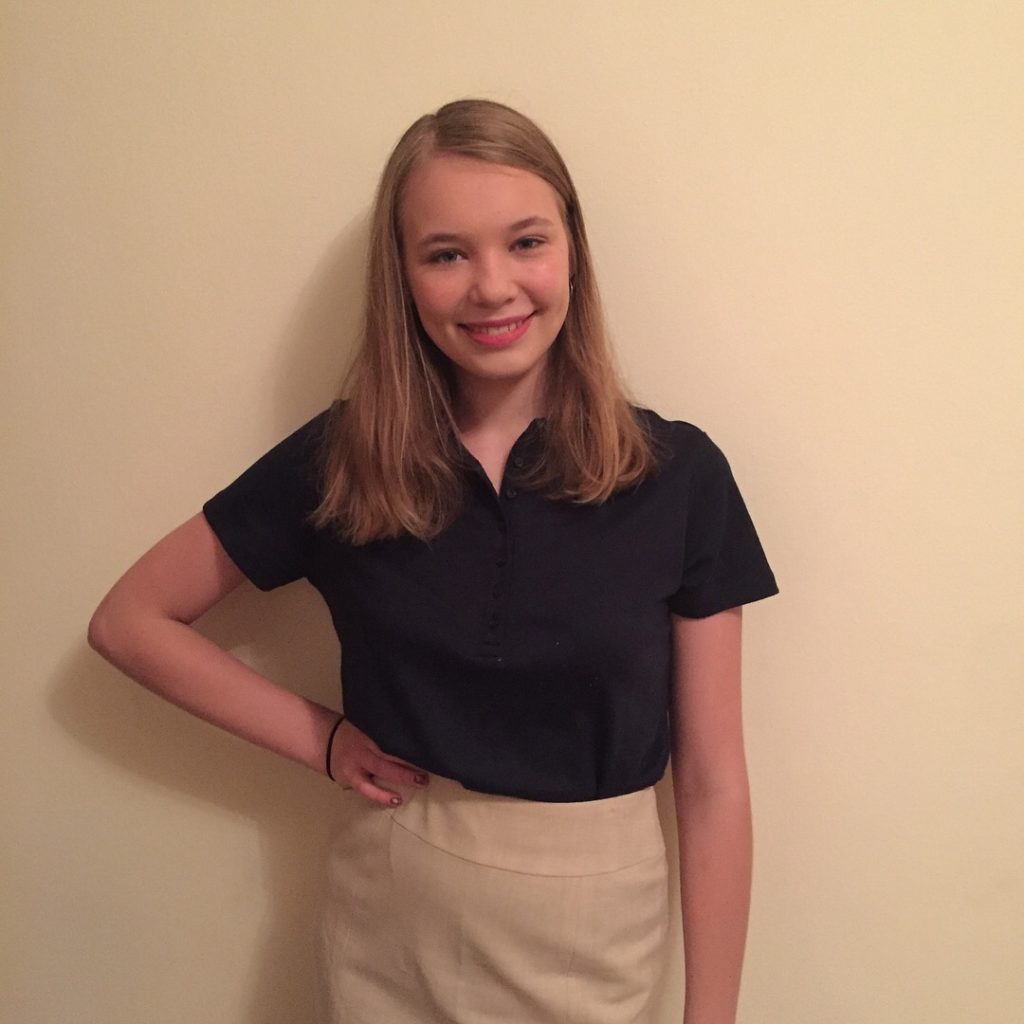 Dannica is most excited to do drama this year and make new friends. 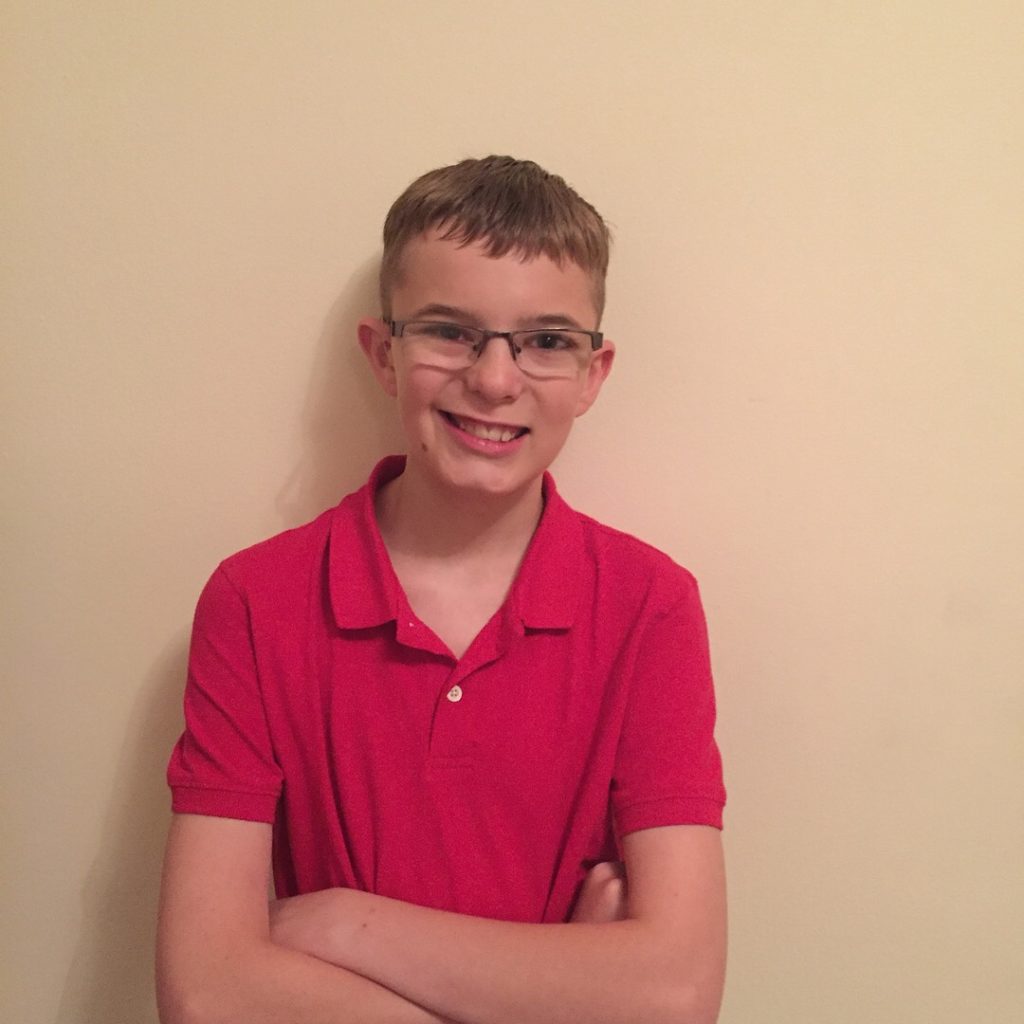 Harrison is excited to have a locker, to take art, and join swim team 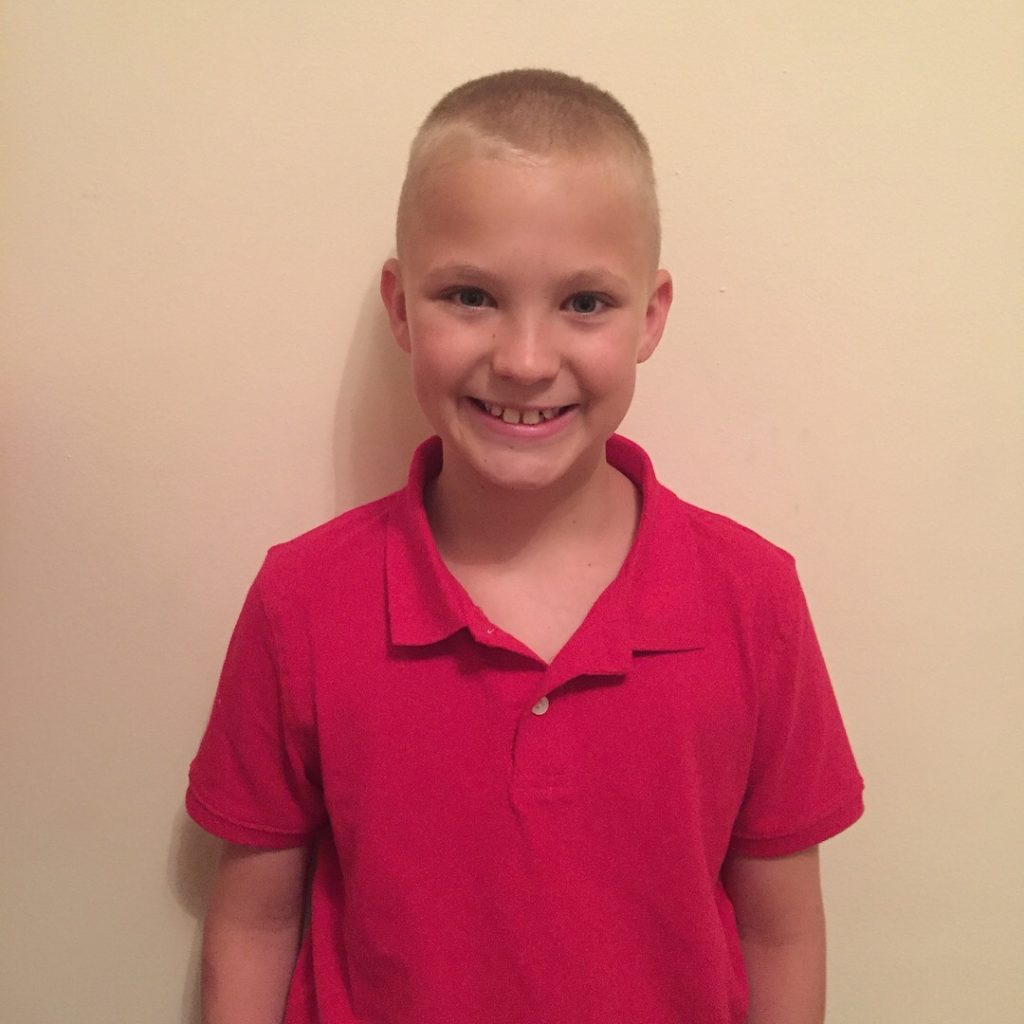 Roger is excited to go by his middle name Roger instead of Everett and to be able to join the after school sport and karate teams. 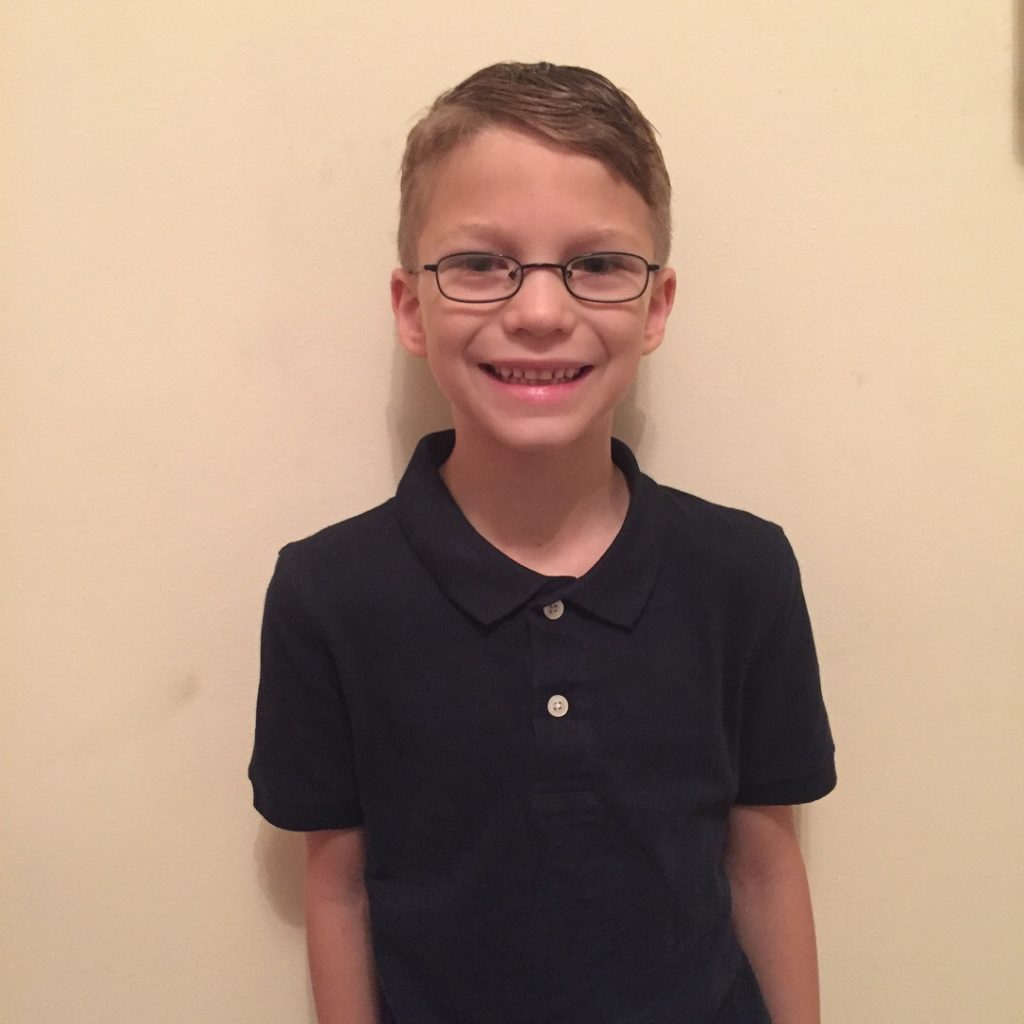 Oliver is trying to get more excited about going to school but he is eager to meet new friends, take art, and act in a play.

We have high hopes for the school year and I hope that my children remember what I worked so hard at to instill in them during our home schooling years:

Have a grand love of learning.

Know they are loved and accepted as they are.

Know how to learn and research and grow under your own instruction. 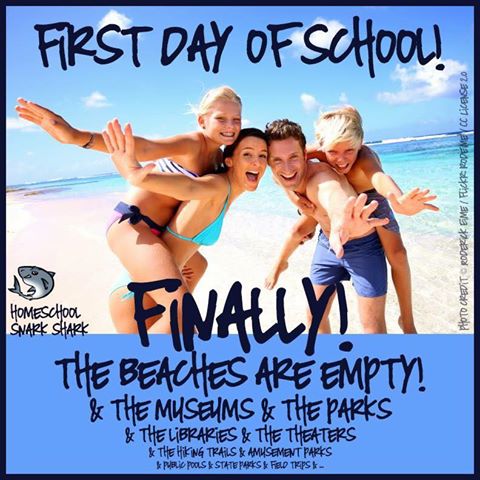 This meme showed up in my Facebook Memories from two years ago. I found it fitting as I had planned to pen our back to school post today. This meme is very accurate!